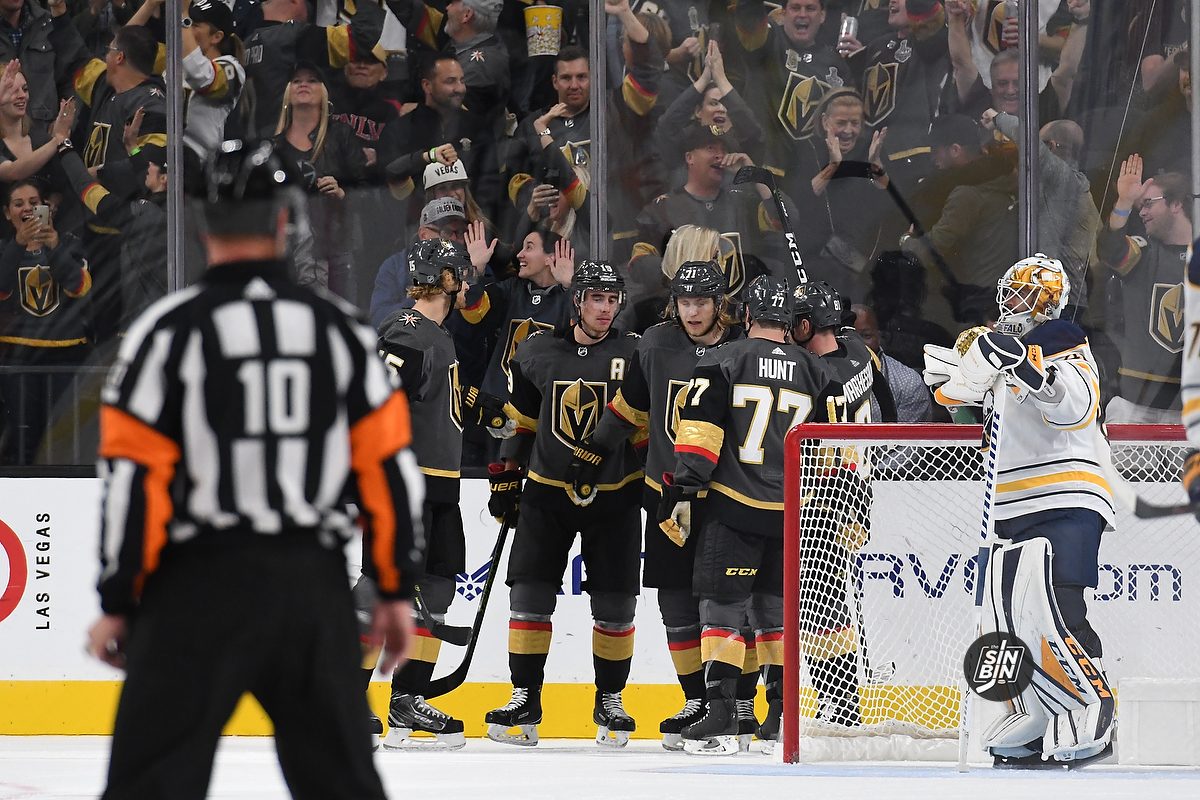 At this point last year, William Karlsson had 7 points (3 goals, 4 assists) and was on pace for 52 points. He ended up with 78, averaging 0.95 points per game. This season, Karlsson has 9 points (3 goals, 6 assists) through 11 games, scoring 0.82 points per game. At this rate, he’s projected to reach 68 points, 17 points ahead of last year’s pace less than a month into the season but 10 short of his final tally.

If you’re generating chances, it means you’re doing something right. We just have to execute a little more and get them in the net. I’m not worried. Our line is doing pretty well. -William Karlsson

Karlsson confidently assured fans not to be concerned about the team’s lack of scoring, as long as his line generates scoring chances. Something the Golden Knights top line does game in, and game out. Could they have more goals? Sure, but the entire team should as well.

The top trio has 25 combined points and the rest of the team has 32 total points.

The real panic button would be if we didn’t create anything. As long as you’re generating chances, eventually it’ll come back and the puck luck will be there. -Karlsson

Can the top line do it alone?

The Golden Knights are 5-3-0 this season when their top line scores. Last season, Vegas’ record was 46-15-4 when Jonathan Marchessault, Reilly Smith or Karlsson registered a point. Looking back, it feels like the top three did do it all.

In 2017-18, Karlsson, Marchessault, and Smith combined for 16 game-winning goals and recorded 213 of the 711 Golden Knights points. Just like the star Swede, Vegas’ coaching staff isn’t concerned about top lines production but would like more scoring balance throughout the lineup.

There are good things happening for our team. We look at the stats after the game, and the stats look good, the shots are going towards the net. The analytics are good but the wins aren’t good enough. But there are still lots of good things from this team. -Gerard Gallant

The buzzword around the locker room is execution. Players are aware 2.27 goals scored per game isn’t enough to have success in the NHL. Thankfully, the team can heavily rely on one of the best lines in hockey. Pretty sure the top line won’t mind. I think I can hear Marchessault tapping his stick for the biscuit right now.