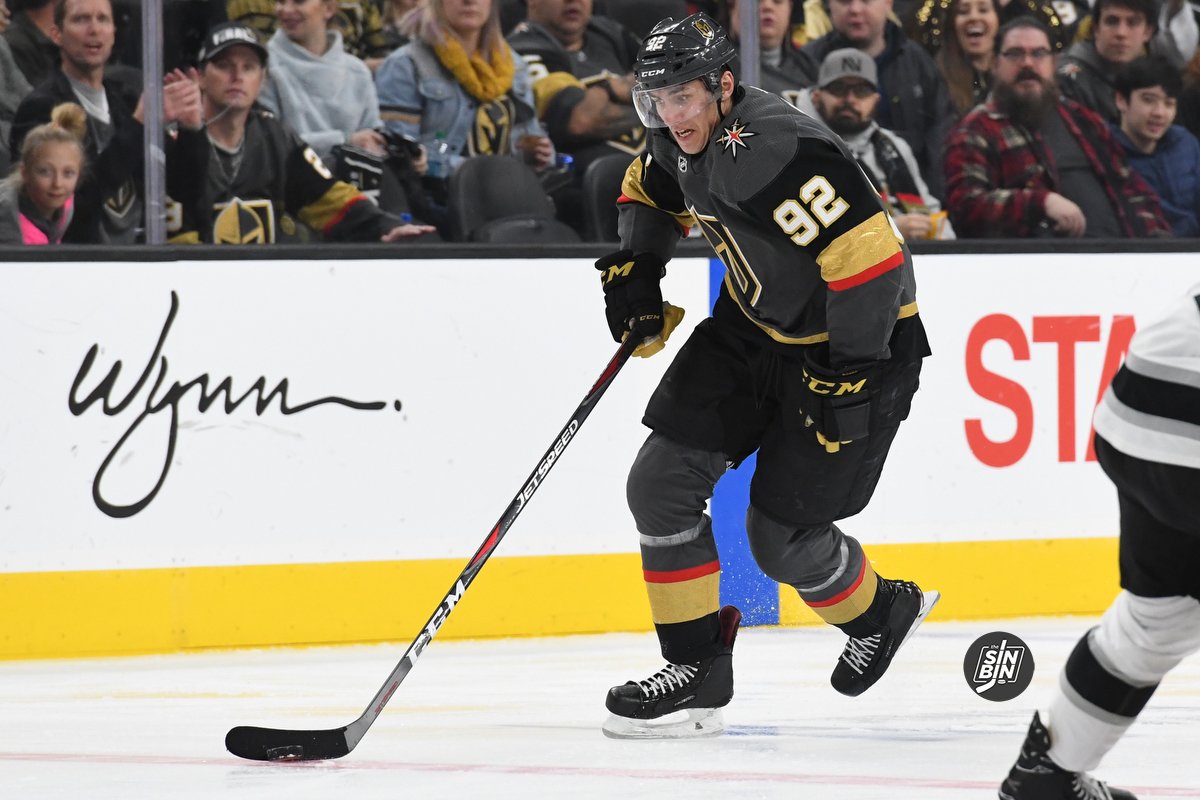 The concept of leaving your family to live in a bubble for two months while competing for the Stanley Cup is going to be challenging on everyone. For everyone who experienced the first few months of nationwide lockdown, staying in your house, or hotel, for days and days on end is not ideal.

It’s even less ideal when you are forced to leave your seven-month-old baby and first-time mother behind. That’s the spot Tomas Nosek is in and it’s one that very easily could have led to him opting out of the playoffs.

Nosek’s son was born on January 2nd. He missed a game against the Flyers to be with his wife when young Patrik was born. Then, when the season was placed on halt, Nosek had to decide what to do, stay in Vegas, or head back home to the Czech Republic.

The most important thing was the health of our baby. We decided to stay. I didn’t think the Pause would be that long but it is what it is. -Nosek

That decision was made in March, well before there was any clarity about how, when, or what the return to play scenario would look like.

Unfortunately no one can come here from Czech Republic so he’s only been with us so hopefully (my wife) will go home soon and my parents and her parents can finally spend some time with their grandchild. -Nosek

To make matters even trickier, Nosek’s hockey situation is about as sticky as it gets for a bottom-six player. He’s currently set to become an unrestricted free agent when the season ends while he’s also on the bubble as to whether or not he’s even going to be in Golden Knights playoff lineup.

On one hand, he doesn’t want the lasting impression heading into free agency to be one of him sitting on the bench, while on the other the opportunity to shine in the playoffs, if given the chance, is his ticket to a larger contract.

When you add it all up, opting out seemed like a real option for Nosek.

If I was going to take that option I would not have stayed here for four months training, I would have gone back home right away. We have a pretty good chance here and even if I won’t be playing I’ll still be part of this team that has a chance to win the Stanley Cup and I think that’s a once-in-a-lifetime opportunity. So there was no thinking of opting out. -Nosek

This begs a series of questions.

Would he have opted out had he known right away that he could without penalty?

Would he have opted out if he knew he wasn’t going to be in DeBoer’s starting lineup to open the playoffs?

Would he have opted out if he knew he was going to have to spend four months waiting for the season to return only to have to be locked in a hotel in Edmonton away from his son and wife?

No one would have challenged Nosek if he had opted out. In fact, he may have been applauded by many.

But, his commitment to the team, in spite of many ulterior factors, should speak volumes both to the Golden Knights and to anyone else considering offering him a contract this offseason.