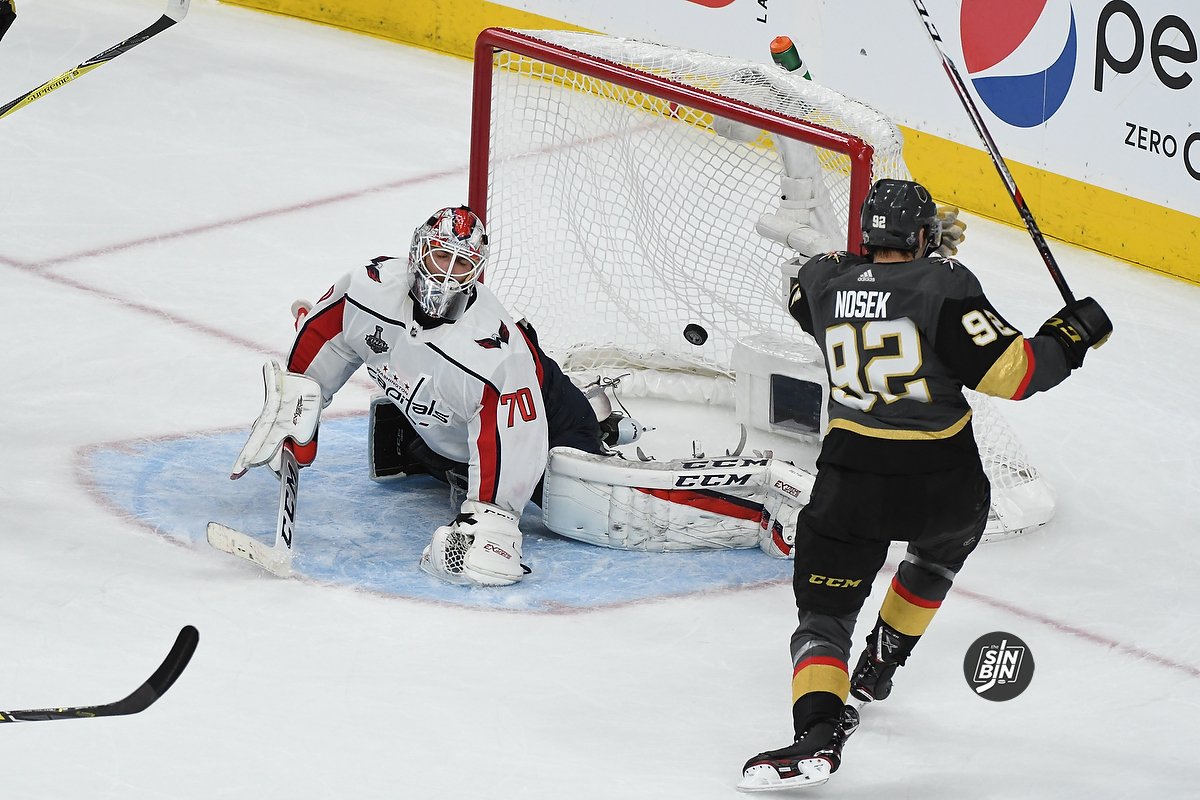 Maybe the largest question mark this offseason, other than the future of Robin Lehner, is what the Golden Knights are planning on doing with soon-to-be unrestricted free agent Tomas Nosek.

Nosek is 27-years-old and has been a staple of the Vegas lineup since the first game in franchise history. He’s played in 202 of the team’s 235 games, appeared in 24 of the 27 playoff games, and has been one of the most consistent penalty killers along the way.

His numbers in the regular season are underwhelming (23G, 24A, 202 games) as primarily a fourth-liner but his three goals in the Cup Final sets him apart from most of the upcoming free agent class.

Nosek has signed four contracts in his short NHL career. Two with Detroit prior to being selected in the Expansion Draft, and then two as a restricted free agent in Vegas. He’s never made more than he did this season when he was paid $1 million.

Nosek recently appeared in an interview, conducted in Czech and translated via closed captioning, on the Xaver Live YouTube channel. He was asked about his future plans but made it sound like the decision is mostly out of his hands.

First we need to know where I will play. There’s no agreement about next season yet so we need to wait until the situation is clear and that will determine where my family will stay and live. Of course I don’t want to leave the Vegas team. I started here, so it would be great to stay. However, it’s all about business so it’s a management decision. The current chance is 50/50. –Nosek on Xaver Live YouTube

This previous offseason, Nosek technically hit unrestricted free agency for a moment. The Golden Knights did not extend a qualifying offer which made him a UFA before he signed the one-year $1 million deal that set him up to become a free agent again this summer.

Despite making it clear he wants to stay, Nosek says the Golden Knights are not ready to sign an extension while the season is paused.

There’s nothing concrete yet unfortunately. The (Golden Knights) management said any deals will be on the table after the season, not earlier. –Nosek on Xaver Live YouTube

It’s unlikely Nosek is in-line for much more than the $1 million he is currently making, but the Golden Knights roster has become fairly deep with bottom-six options. William Carrier and Nic Roy are under contract for the foreseeable future, sources have indicated to SinBin.vegas that Ryan Reaves is nearing a two-year deal to stick around, and Chandler Stephenson and Nick Cousins are both RFAs. Plus, Lucas Elvenes, Jack Dugan, Jonas Rodbjerg, Gage Quinney, Keegan Kolesar, and a few others are waiting in the wings in the system.

It appears clear that if an offer is placed in front of Nosek that he’ll sign it and stay here in Vegas, but don’t be surprised if it doesn’t happen from the Golden Knights or someone else swoops in and puts a few extra dollars on the table for a very reliable bottom-six player.

Calling his future in Vegas a coin flip sounds pretty spot on.

Here’s the whole interview with Nosek. Translation is available by turning on closed captioning.