Time To Start Considering The Possibility Of Shea Theodore Missing Camp, Or Even Games? 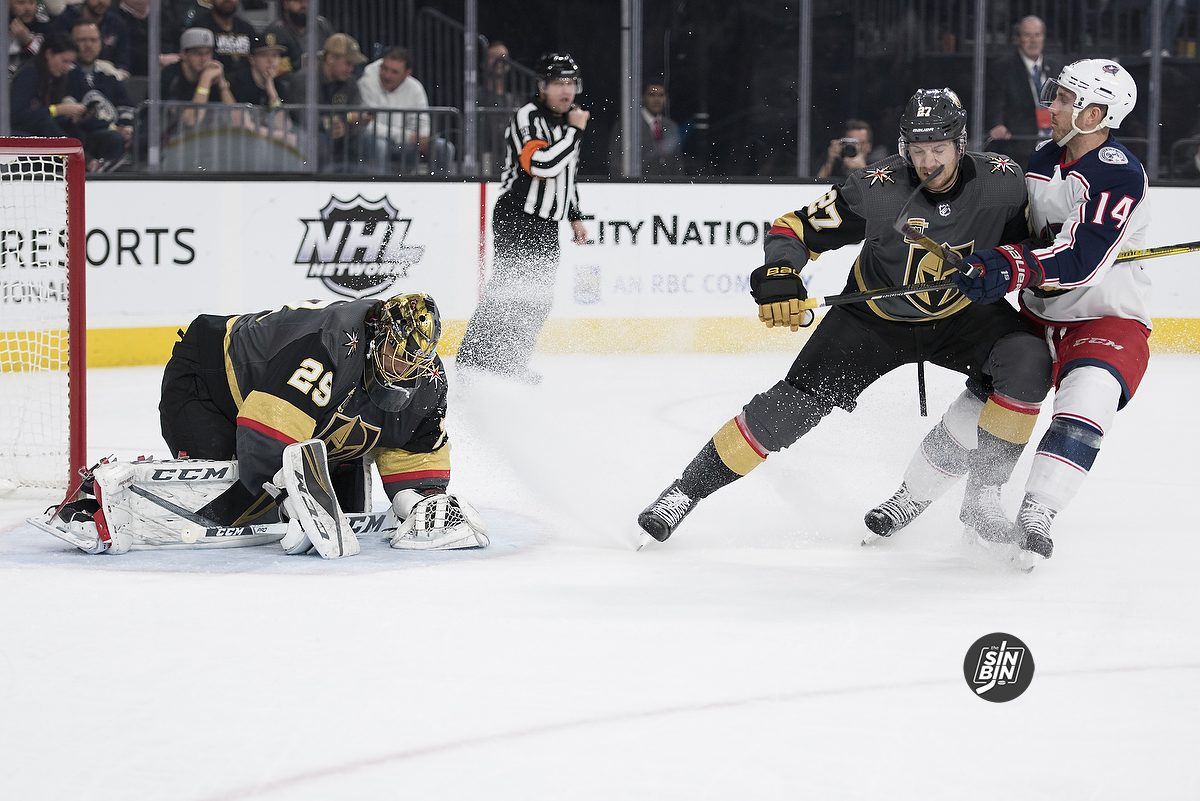 Theodore started last year in the AHL, this year he might start it on his couch. (Photo Credit: SinBin.vegas Photographer Brandon Andreasen)

In 50 days, the Golden Knights will be back on the ice playing the first regular season game of their second season. In 29 days, training camp opens for the entire roster at City National Arena. That much we know, but what we don’t know is if Shea Theodore will be there to participate in either.

As of this moment, Theodore does not have a current NHL contract. Thus, he cannot play or even practice in an official manner with an NHL team. The restricted free agent, who did not have arbitration rights, has been extended a qualifying offer of around $1 million for one year, but he has yet to sign it because he and his agent are hoping to sign for more.

However, the clock is ticking and it’s starting to look like a realistic possibility Theodore misses a portion of training camp, preseason games, and maybe even regular season games.

We’ll continue to discuss and see if something can be done that makes sense for both parties. We’re still (four) weeks away from camp and two months away from the season, but it’d be nice if we can reach an agreement there and know what to expect going forward. -George McPhee to LVRJ

RFA’s missing time is not uncommon in the NHL. Jacob Trouba, Hampus Lindholm, and Rickard Rakell all missed at least portion of training camp and a few games in the past two years. Superstars P.K. Subban, Drew Doughty, Jamie Benn, and Alex Pietrangelo all missed time due to contract negotiations as RFA’s as well.

There’s only one real deadline when it comes to RFA’s and that’s December 1st. If a player does not have a contract in place by that date, they are ineligible to play for the remainder of the season. That seems highly unlikely, but September 14th (camp) and October 4th (first game) certainly could come and go before Theodore and the Golden Knights ink a deal.

As we outlined in this article a few weeks ago, Theodore does not have much leverage in negotiations in this situation. The question now is, how much leverage does missing camp or even games, hold for the 23-year-old budding star?

Are the Golden Knights willing to head into the season without him? Is he willing to miss camp when there are at least eight other viable options to take his place?

These are questions we won’t have answers to until either a deal is done or Theodore is absent from camp, but either way, it’s getting late and it’s time to start seriously considering the possibility of Theodore not being around at the beginning of the year.

Remember, he did start last year in the AHL, missing the first 10 Golden Knights games because of a “numbers situation” with Vegas’ roster. George McPhee has proven time and time again that he’s willing to do whatever is necessary to help his team, even if the short term is sacrificed for the long term.

Now we just have to wait to see which deadline really matters to each side. Here’s to hoping it’s the first one for both, on September 14th and they avoid any missed time, but don’t be too surprised if it’s not.