“Tighter-Checking” Last Game Of Series To Be Expected

Max Pacioretty called it a week ago.

I think you’ll probably see that often that it’s going to be a tighter checking game in the second game of the series. -Pacioretty

Talking about adjustments after the second game of the season he said the format reminded him of a college schedule. As a former college hockey standout himself, he’s used to that style of schedule and made a prediction that couldn’t have come more true in the final game of the four-game series against the Coyotes.

The format allows you to kind of make adjustments after a game and while it’s fresh in your mind go out there and try to play a team you were just studying and breaking down. -Pacioretty

I’m not sure he expected a goalless game for the first 59 minutes yesterday, but tight-checking is about as perfect a description of that game as you can find, especially from the Golden Knights. 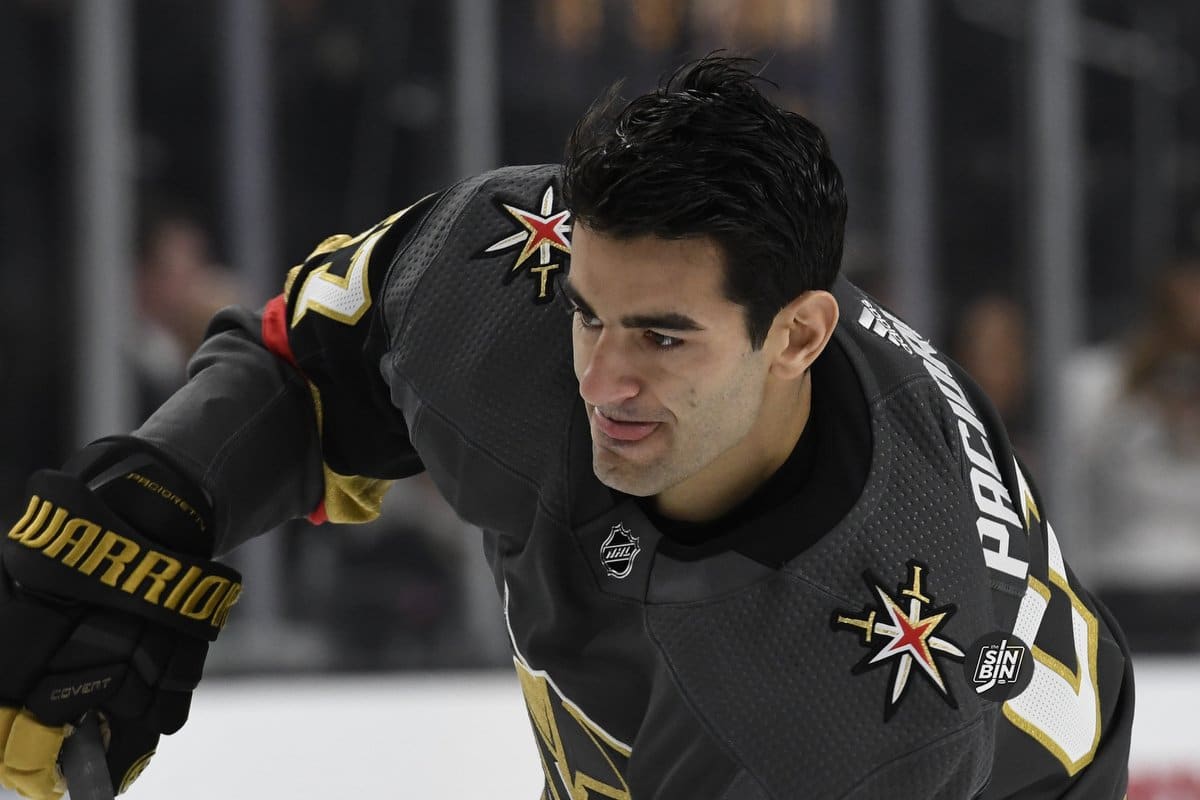 Vegas gave up just 16 shots against the Coyotes Sunday afternoon in a game that featured just 18 high-danger chances, the season-low in a VGK game (previous low was 19, in the second game against the Ducks).

Vegas did a wonderful job keeping the Coyotes to the outside in the offensive zone, forcing them to play a style they aren’t necessarily comfortable with, especially without Oliver Ekman-Larsson in the lineup.

After three games of learning habits, Vegas was able to adjust to what was making Arizona most dangerous. That was transition off turnovers and players crashing to the net. Look at the difference in where the Coyotes shots came from in Game 3 (the one Arizona won) and Game 4 (when they were shut out). *Charts from NaturalStatTrick.com* 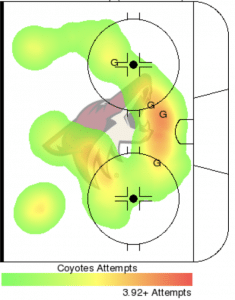 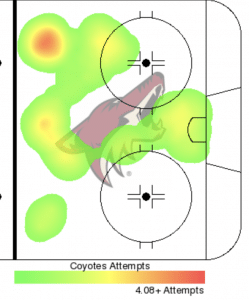 It’s exactly what the Golden Knights do when they are at their best defensively. Not only do teams have a hard time getting into the offensive zone against Vegas, but when they do, they can’t get to dangerous enough areas to score.

Of course, Arizona adjusted on the other side and we saw a bit of what we remember from the bubble in the Golden Knights’ offense, but Vegas created enough and had been scoring consistently before yesterday that it’s nothing to worry about at this point.

As the season rolls on, and games against the same team are commonplace, keep an eye on the difference in style of play in the last game of the series. Pacioretty expects them often to go like yesterday, and if they do, that’s probably going to be good for the Golden Knights.