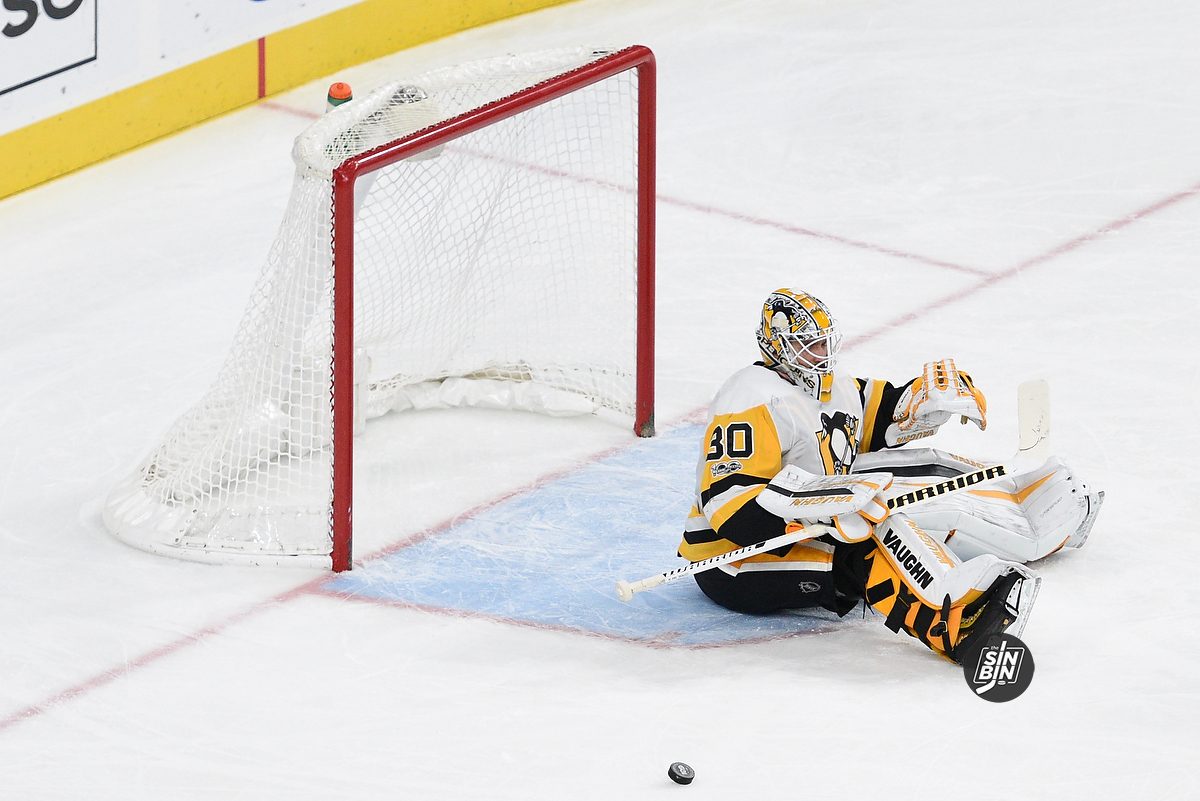 If one game could sum up the Golden Knights season, last night was it. Considered the ultimate redemption game for Vegas, they beat the two-time defending Stanley Cup champs, and did it with a goal from a guy who has been a healthy scratch in each of the last five games and 12 of the past 13. Not only did the team win for their star goaltender Marc-Andre Fleury but they continue to handle the NHL’s best. After the 2–1 Golden Knights win, Fleury’s old mates commented on an emotional night.

When you see him in there it’s a little different, but once you get into play, you’re playing. Yeah, it’s the first time we played against each other, it’s to be expected to feel different. -Sidney Crosby, Penguins Captain

Maybe that’s a reason why #87 didn’t have one shot on goal. Alright, that’s a stretch but it was a difficult night for the two-time Conn Smythe winner.

I think they skate well. Every line plays the same and they keep it pretty simple. They didn’t beat themselves or make mistakes that could hurt them. When they did they didn’t break down and got some saves. Both goalies were good, but it’s just one of those games. Then they found a way to get that last one in the third. -Crosby

The win didn’t seem to upset Crosby nearly as much as it did Mike Sullivan.

It was a hard-fought game. It was another one of those games that could’ve went either way. There were chances on both sides and I thought the goaltending at both ends of the rink was good. It seems like those are the type of games that we’re in night in and night out and we haven’t found ways to win those, and that’s what we have to do. -Mike Sullivan, Penguins Head Coach

As Sullivan mentioned, the goaltending was good on both ends of the rink. For sixty minutes, Fleury was the better goaltender. His new teammates aggressively pressured his former backup Matt Murray.

They are just absolutely a dog and a bone on that puck. They just work so hard, and I think that’s where they know it caught us by surprise on a couple. Especially on the forecheck where like I said, caught by surprise, quick turn over, bang bang to the net. That’s what they are good at we knew that going into it, but they are definitely a hard working team and a fast team. Good in transition. You know, I don’t think they do anything special but they work extremely hard and I think that’s why they have such success. -Matt Murray, Penguins Goaltender

Quick, hard-working, strong on the forecheck, and good in transition. Basically, the Webster’s dictionary definition of an NHL playoff team.

There was also something about a dog and a bone, but we’ll leave that one alone for now.