The Creator confirmed live on the air of Fox Sports 1340, the new radio home of the Vegas Golden Knights, that the team will announce their head coach tomorrow at noon.

Instantly the rumor mill starting spinning at a mile a minute, and pretty much landed on one name… Gerard Gallant.

Golden Knights have a noon news conference planned at @TMobileArena Thursday to announce their head coach, believed to be Gerard Gallant.

That’s got Gerard Gallant written all over it. Their first coach. https://t.co/J1vvn9ywnq

Gerard Gallant was in mix for DAL job. Now that Hitchcock hired in DAL, I’d expect Gallant as leading contender to be 1st head coach of VGK.

The Vegas Golden Knights are expected to name their first ever head coach on Thursday, and it’s expected to be Gerard Gallant. –Ryan McKenna, SportsNet

Gallant was fired from the Florida Panthers after just 22 games. He fits the bill that McPhee has been looking for in a players coach.

He’s fiery and animated on the bench, but definitely a player’s coach. He’s the only coach to consistently get huge offensive output from a skill guy like Jonathan Huberdeau, but he still loves the grit of the 4th line guys. His playing statistics tell his story: lots of offense, and TONS of penalty minutes (toughness). He’s VERY good with the young guys and developing them and respected by veterans. -Drew Goldfarb, covered the Florida Panthers for Fox Sports Florida during Gallant’s first season

He’s 53 years old and this would be his third head coaching gig (Columbus before Florida). Gallant’s teams made the playoffs just once in his five full seasons behind the bench and holds a career 152-141-35 regular season record and a 2-4 record in the playoffs.

The question, which we will certainly find out tomorrow, is why did this take so long. Was McPhee waiting for someone else? Was Gallant trying to make some more money by waiting until more jobs opened up? We shall find out tomorrow.

Also, get used to seeing this… 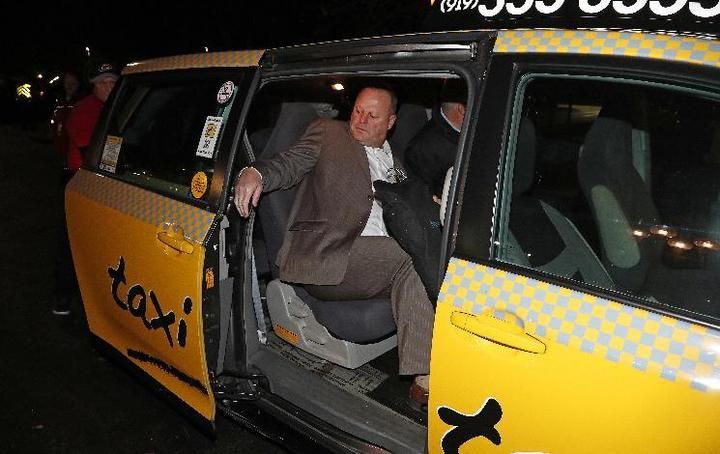