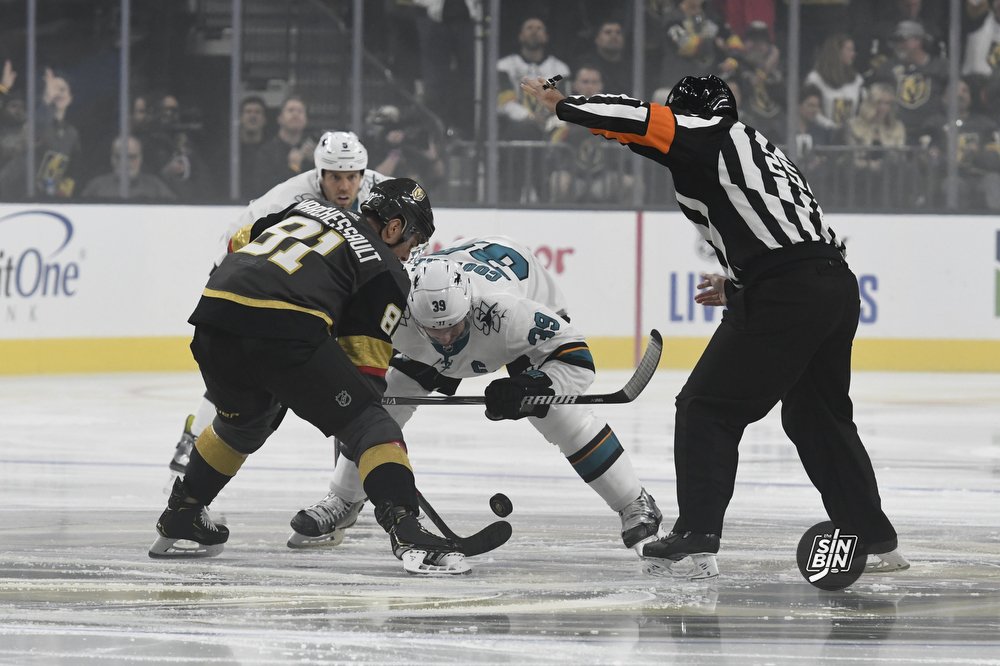 There’s an old saying in sports that goes something like “you can only play what’s in front of you.” The idea is that a team has no control over the level of competition on their schedule. Their job is to simply go out and handle that competition night in and night out.

The Golden Knights have been doing just that. 30 games into the season, Vegas leads their division and stands in 2nd place in the entire NHL in points percentage. They have an impressive +33 goal differential, winning streaks of four, five, and six games, and haven’t lost more than two games in a row all year.

It’s all great and would be easy to proclaim the Golden Knights among the clear-cut Stanley Cup favorites this season, but here’s the problem.

This year, due to the unbalanced shortened schedule, it does matter who you are playing.

Because each team is strictly playing teams inside of their division, strength of schedule absolutely matters when discussing the overall ranking of teams.

The West is the only division in the NHL to contain three teams (SJS, LAK, ANA) that missed the 24-team playoff last season. The East has two (BUF, NJD), while the North (OTT) and Central (DET) each have one.

All seven of those teams currently sit on the outside of the playoff picture and one of the seven represents a team in dead last in each of the four respective divisions. Ottawa, Buffalo, Detroit, New Jersey, Anaheim, and San Jose are all unquestionably terrible NHL teams. Maybe you can make the case the Kings have taken a small step in the right direction, but even that could be considered a stretch.

Thus, playing in the West offers a massive advantage to the five teams that did reach the playoffs last season. On each of their schedules, they play 24 games, or 43% of the schedule, against non-playoff teams. Compare that to teams in the East who get just 16 or those in the North and Central that get eight or nine.

In determining the best team in each division, the schedule is balanced and thus fair, but when trying to figure out how teams across divisions stack up, records and stats from the West must be taken with a grain of salt, similarly to how we do with college sports. When collegiate sports are judged in determining bowl games or the NCAA tournament, conference, and competition, matter. An undefeated team in a conference with weak competition is often considered much worse than a team with many losses in a challenging conference. This year, the West Division is the NHL’s equivalent of college football’s Big East or basketball’s Mountain West.

I went through all 31 teams to show how many points each have racked up against the seven non-playoff teams from last year, plus how many games are left on the schedule to score even more easy points in the back half of the season.

Before even looking at VGK, look at St. Louis. 68% of their points have come from wins against San Jose, Los Angeles, and Anaheim and they have just four games remaining against those teams. They may sit in a playoff position today, but chances are they won’t when the full 56 game schedule is played.

On to Vegas. The Golden Knights are a stellar 12-2-0 against the Sharks, Kings, and Ducks. Those 24 points represent more than half of the Golden Knights’ total output on the season. They have a points percentage of .857 against those teams while just .656 against the playoff teams.

Only two teams in the entire NHL have racked up more points or have a higher percentage of their points against the worst teams in the league.

Meanwhile, the team currently ahead of the Golden Knights in the overall standings, the Lightning, have just four points off the backs of non-playoff teams. 88% of Tampa Bay’s points have come against teams that reached the postseason last year, a 41% difference compared to the Golden Knights.

Carolina, Florida, and Toronto are in similar positions, building their records off stronger competition. Meanwhile, the team one point ahead of the Golden Knights, the New York Islanders, are one of the few teams to keep up with Vegas in the bum-slaying department. They are 11-1-0 against the non-playoff teams from last year and 10-7-3 against the playoff teams.

Add it all up, and the Golden Knights record should not be compared to that of the other division leaders. We’ll never know what it would look like if they had the same schedule as the Lightning, Panthers, or Leafs, but we can be fairly certain that if the Golden Knights had played just four games, instead of 14, against the non-playoff teams, they probably aren’t looking at a 123 point pace this season.

This certainly does not mean the Golden Knights are anything but a great team. You can’t go 12-2-0 against anyone in the NHL if you aren’t good. But, we need to be wary of the numbers when comparing them to teams outside of the West Division. The quality of competition is not equal, in fact, it’s not even close. Amassing 45 points in 30 games in the West Division is not the same as doing it in the Central or North, or even the East.

The Golden Knights belong in the conversation among the best teams in the league, but we shouldn’t be leaning on their record as the chief proponent as to why.

SinBin.vegas Podcast #227: The Role Of Glass

No Need To Measure The Next Two Games Against Colorado