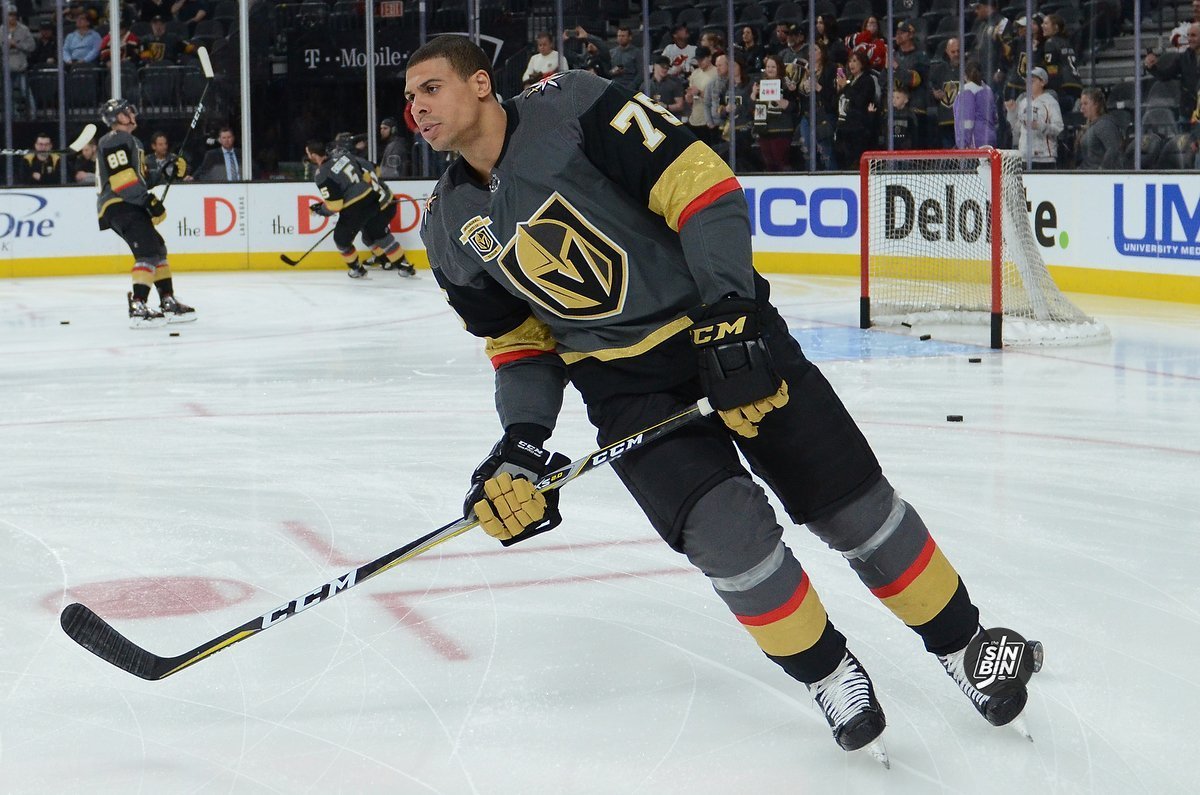 "How are you able to withstand everything Winnipeg is throwing at you?"

This was tough spot to fill. I played it straight, since Cody Eakin is a center his dreamy red salad is unfortunately eliminated. Smith rocks a short slick back. His glossy cut is the type you style by running your hands through it. It looks low maintenance but don’t be fooled, there’s some expensive product being used. It’s traditional, yet a modern business style. You’ll never know when Smith got his last haircut because he keeps it at one length all the time. Like Reaves and Subban, Smith must have a routine trim scheduled weekly from a barber or stylist.

Schmidt isn’t blessed with the same luminous hair as the other players on this list. So, he goes with the flow he was given. Currently, the beloved defenseman has been going with the overworked accountant look. A little thin, slightly overgrown, but workmanlike. The infamous tan suit Schmidt wore a few weeks ago perfectly compliments his pre-tax day CPA look.,Give it the man, he pulls it off 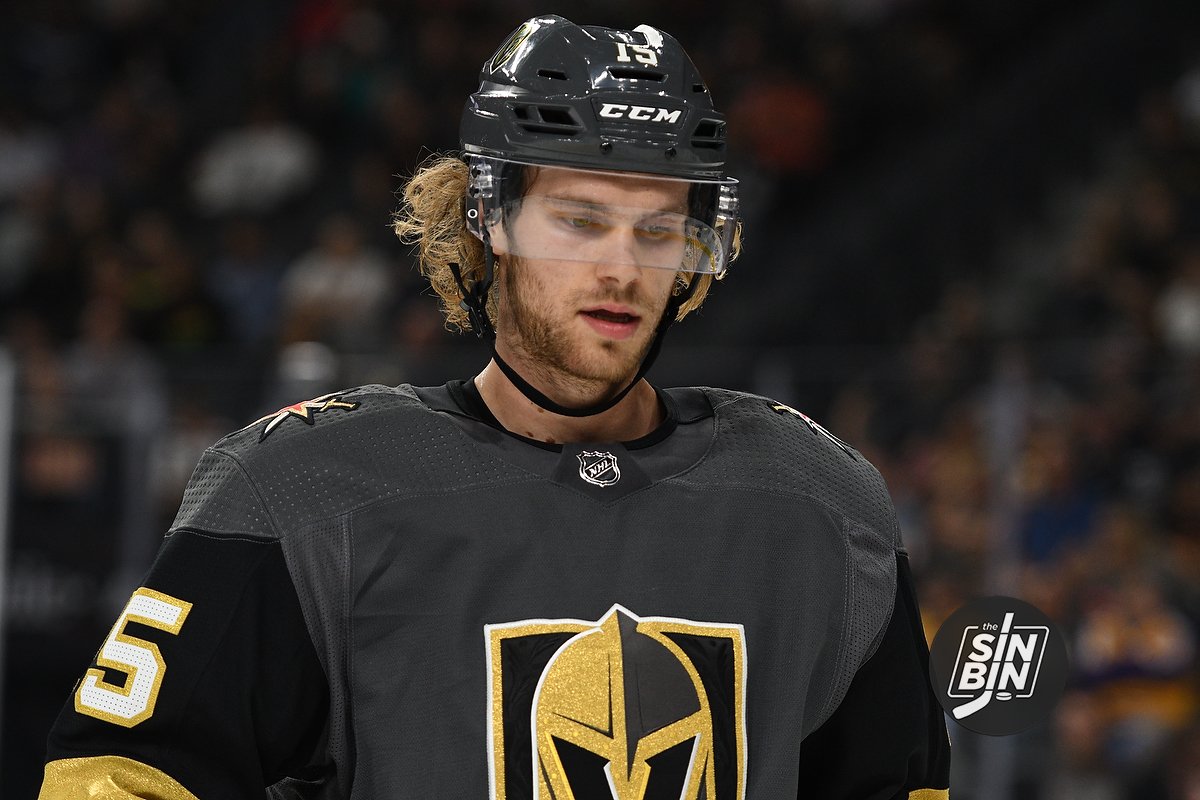 Merrill’s been a big surprise this season but there’s no surprise when it comes to his hair game. The defenseman came to Las Vegas with the same mid-length mossy flow he has now, but players were told last season to trim their hair and beards to look more professional. Thankfully, the policy didn’t last long. On top of having a Norris type hair, Merrill added his now signature mustache to cap off the look. This way you’ll know it’s him when you see a guy with flowing locks and a slick stash riding a scooter.

With that win, Malcolm Subban is now 11-1-0 all-time at The Fortress!! pic.twitter.com/enGhis8aHJ

Again, classic style. When I look at Malcolm’s cut, it reminds me of Kobe Bryant’s glory days. It’s not as long as Kobe’s baby fro but it’s definitely inspired by it. Like Reaves, Subban routinely keeps it edged and clean. 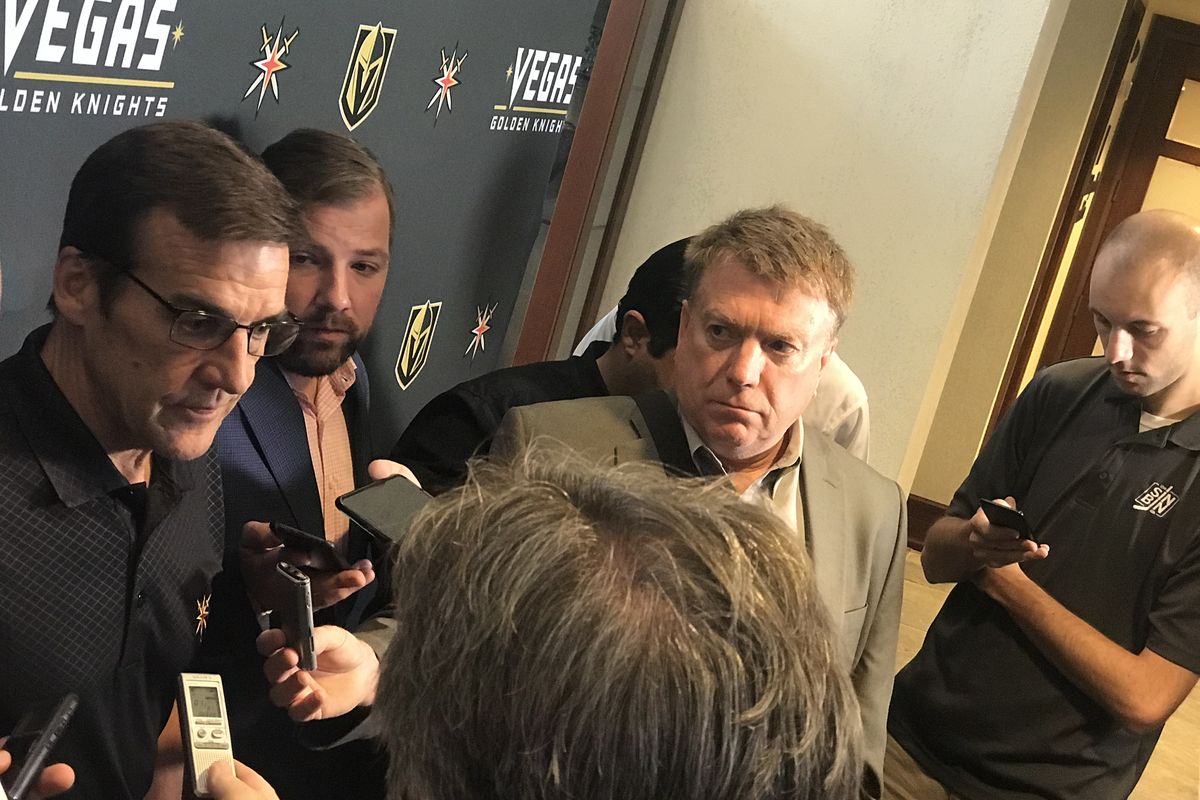 I’ve always compared George McPhee’s hairstyle to former Democratic Presidential Nominee John Edwards. McPhee’s white collar/politician style probably cost a pretty penny. Edwards was caught admitting his haircut cost $500 or more per appointment. This came off as a little pompous for American voters but for an NHL general manager in Las Vegas, spending half a grand on a haircut seems appropriate. Now, I could be way off with my estimation because Henrik Lundqvist fessed up to only spending $20 bucks on his handsome hair but let’s be serious, McPhee’s not going to Supercuts.

A little obscure for fans but Rosati’s mid/long-haired slick back is straight from the Sopranos. His hair isn’t as long as Furio Giunta’s dark Italian ponytail but it’s as fearful. Rosati’s bio says he’s a goaltending development coach but he could easily pass as the head of one of the five families.