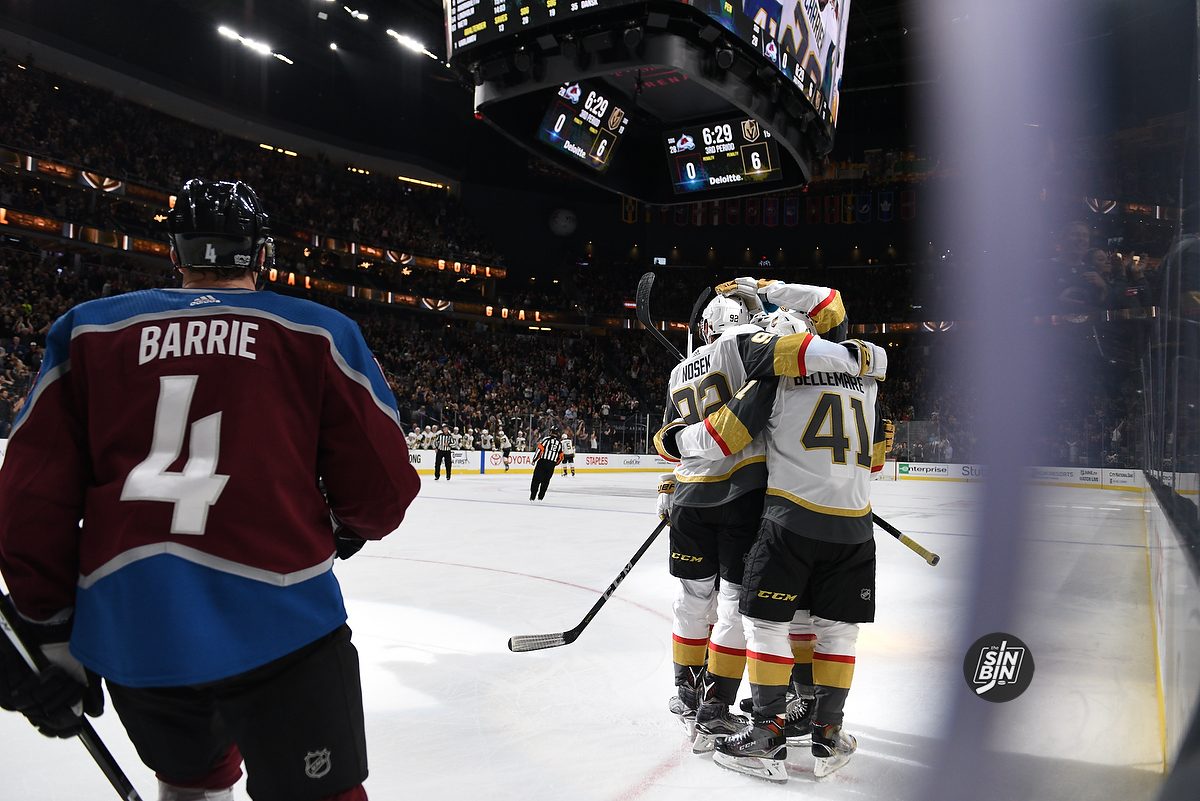 Five of the Knights’ first seven games have come at home at T-Mobile Arena, and they have won four. There is talk around the league about a potential “Vegas flu” for visiting players who party too hard the night before their game. Despite having two off nights in Las Vegas, the Hawks said too much partying shouldn’t be an issue for them.

“Everyone knows they have a game to play.” Forward Ryan Hartman said. “There are probably some guys that go and have a good time but at the same time, they’re ready for the game.”

Added captain Jonathan Toews: “That’s the great thing about playing in the NHL, sometimes on the road you have fun with your teammates and that’s what makes the game so enjoyable is that camaraderie, but when it’s time to go to work, we have to be professionals about it and be ready for that game.” –Chris Hine, Chicago Tribune

I doubt the Trib scribe was hinting towards Toews, but even the Captain mentioned the team taking some off time to bond.

I think the first couple of years it’s certainly going to happen. That’s going to test quite honestly the maturity of our team right now.
We do talk about it, we are not naive in the sense that we are going to spend the night here Saturday night, the bus is going to leave much later than it normally does. -Armstrong

A day after Armstrong made those comments, his Blues left Vegas with an overtime loss. St Louis slumped in the second giving up two VGK PP goals. It was clear the Blues didn’t have it together for the full sixty-five minutes.

What we are trying to do is lob the ball and say it’s Vegas and it’s a great opportunity for you guys to have some fun and blow off some steam and become a team, but that’s for after game. -Armstrong

A game later, in a sea of red jerseys, the Blackhawks couldn’t keep up with the faster Golden Knights. Vegas gave up the first goal but went on to score four straight on Corey Crawford. The Golden Knights home success could be a combo of strong play, and tired opponents. But will the Vegas flu home-ice advantage continue?

We have definitely the home-ice advantage of, ‘What is Vegas?’ –Nate Schmidt to NHL.com

If they do (come in flat) or not, that’s fine with me. It is what it is, we don’t want to focus on that, we are just focused on making sure we aren’t flat. -Erik Haula 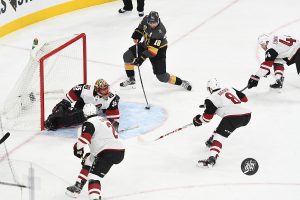 And we’re the Arizona Coyotes, and we may also have the Vegas Flu. It’s possible we also just suck though. (Photo Credit: SinBin.vegas Photographer Brandon Andreasen)

Six out of seven has us wondering if the Vegas Flu is real, (enough to write an article I guess) but we’re not fully convinced yet. Talk to us at the end of the season when the Golden Knights are 35-7 inside T-Mobile Arena.

On another note, VGK fans should probably start worrying about the Big Apple Flu, it’s definitely a thing.