The Split Is Widening After Lopsided Defeat 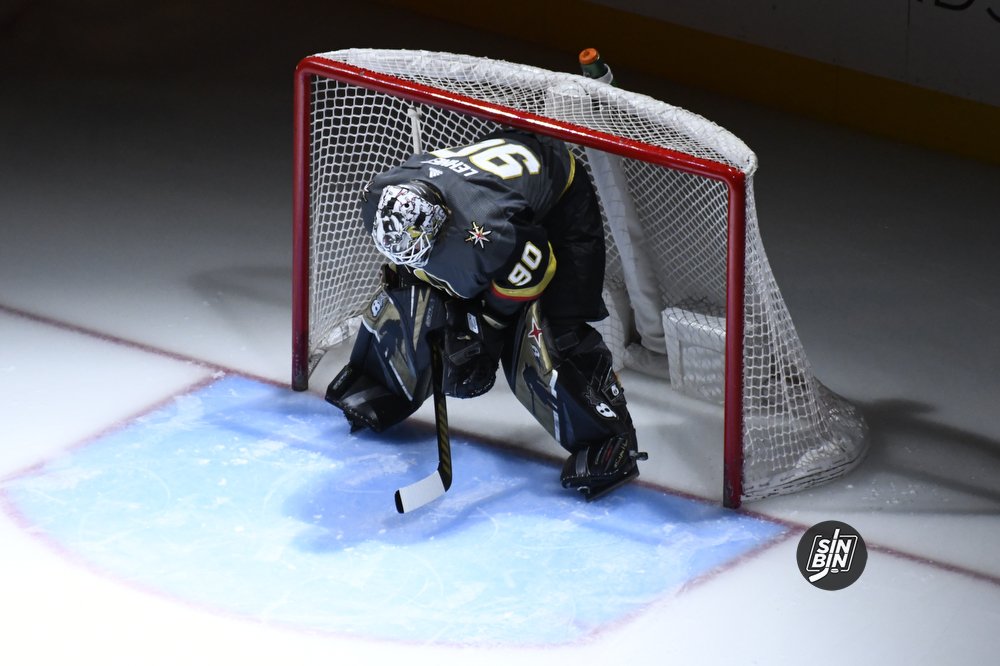 Unfortunately in today’s climate, the country is split for many reasons that we won’t delve into. This unfortunate trend has become reality for Golden Knights fans as well. By now I’m sure you’ve seen the division in the fanbase. For some, it’s either you are a Robin Lehner supporter or you’re not. And of course, after Tuesday night’s debacle, the detractors were loud.

The chatter began to heat up after the Golden Knights defeated the Oilers 4-0 on Tuesday night. Backup goaltender Laurent Brossoit started the first game of a back-to-back situation and secured his first shutout of the season. After the game, many were calling for coach Pete DeBoer to elevate Brossoit as the permanent starter. This wasn’t the first time certain fans had pleaded for a swap in roles.

The Golden Knights coach could have started Lehner against Edmonton but he chose not to. Instead, DeBoer used his ace in what he considered an important game. This is what the head coach said in Calgary when asked about the status of captain Mark Stone.

This was an important game. He would’ve played if he could have. We’ll check him out when we get back to Vegas. -Pete DeBoer

That short statement should tell fans where the coaching staff stands. DeBoer dresses his best players (when available) in bigger games.

Getting back to the divide amongst the fanbase. It’s reasonable for fans to be concerned with Lehner’s overall performance this season. Fans expressing disappointment shouldn’t be charged as a hater. Most care about the team’s success, not one individual’s. So, it shouldn’t be considered trolling when pointing out that Lehner is below his career averages in Save % and Goals Allowed Average.

While the stats show a significant decrease in stability, Lehner isn’t the only reason for that. For the better part of the season, the Golden Knights have not been a good defensive team. It’s been a combination of injuries, poor coverage, and style. It won’t matter who’s in net if certain variables break down in front of them. That happened a few times against the Flames but only Lehner was trending on social media after the game. It had been since the first period.

It can get tense on Twitter after a difficult loss but it shouldn’t turn into immediate division. It’s time to do away with the labels. It’s okay to say Lehner wasn’t great tonight. Or Brossoit should be the starting goaltender. You would be wrong but it’s okay to express. When a player is having a poor night tweet away. Fair criticism shouldn’t be considered controversial.

As McKenna pointed out, the way Marc-Andre Fleury was shipped out bothers most of the Golden Knights fanbase. Clearly, some haven’t accepted the transition and Lehner becomes the target. The majority of Golden Knights fans only care about the team advancing in the playoffs. They’re no longer dwelling on Fleury’s departure or Lehner’s less exciting style. At this point, it’s only about that trophy they were promised five years ago.