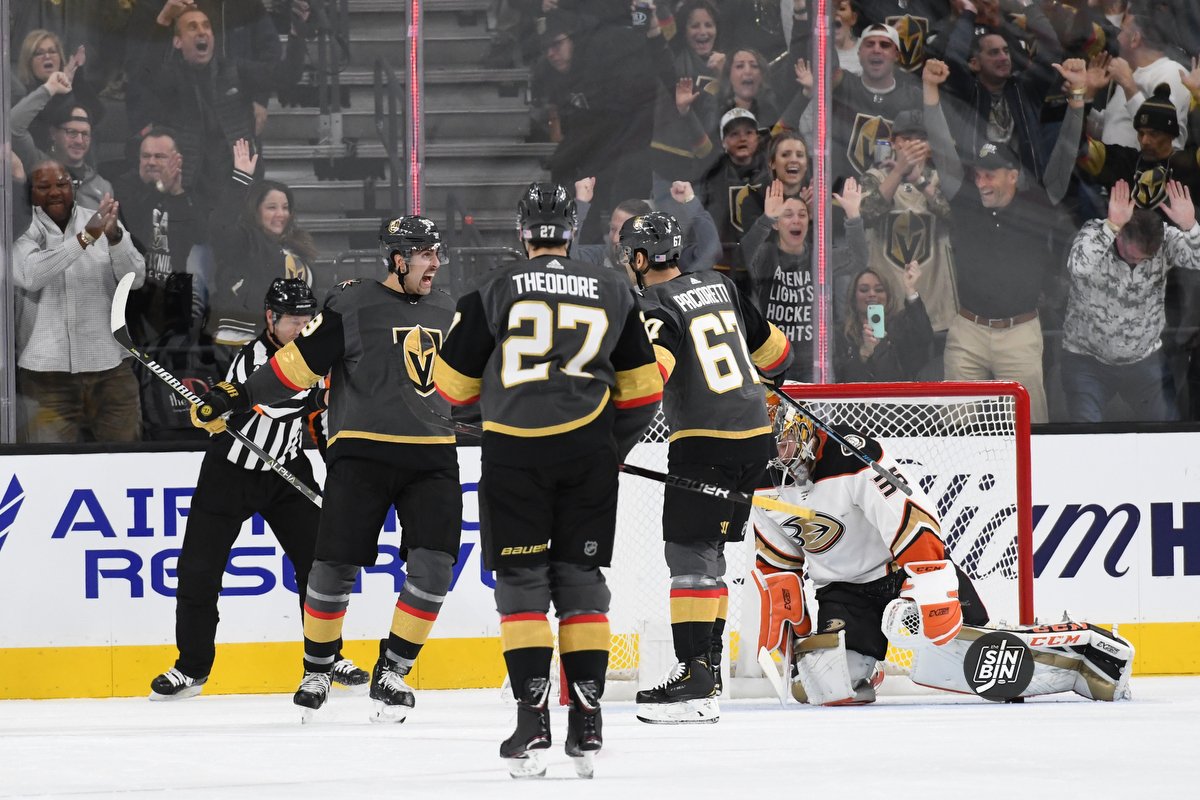 It took a little while to get going, but Alex Tuch, Max Pacioretty, and Cody Eakin are on fire now. (Photo Credit: SinBin.vegas Photographer Brandon Andreasen)

When the holiday season began, Vegas Golden Knights fans didn’t have much to be thankful for, or so it seemed.

On Halloween, things were starting to get scary. Vegas was 5-6-1, with only 11 points and five spots out of the playoffs. Early season trends were beginning to look like the worst could come true. Remember the panic on November 1st?

NHL teams four or more points out of a playoff spot by 11/01, have roughly an 18% chance of making the postseason. Since 2005-06, 47 of 58 teams that were 4+ points out of the postseason spot by November 1st, missed the playoffs. That’s a whopping 82% of teams that their fate was determined by the beginning of November. –SinBin.vegas article on 11/05/18

And then came the East Coast trip that brutalized the Golden Knights. Vegas lost three of four on the road and came back home in seventh place in the division. Ken was losing his mind, many fans were on board with him, and legitimate concern was starting to creep in that maybe this team just isn’t that good.

Things looked bleak. Up until the second line began to warm up.

In Vegas’ past seven victories, the sizzling second line has combined for 28 points (14 goals, 14 assists), averaging two goals per game and four points per game. Plus, since they were put together, they’ve been on the ice for 10 goals for and just five against.

During this holiday winning stretch, Pacioretty raised his goal total from two to ten. Tuch has gone from nine to nineteen points, and Eakin continues his hot pace with a combined 17 points. Pacioretty is aiming for 30 goals, and the other two second-liners are on pace to set career highs.

But most importantly, since the second line’s consistency over the past 15 days, Vegas went from being a basement dwellar to a team tied for second place in the Pacific Division. Mostly because of their dominance over said Pacific Division.

The win tonight moved the Golden Knights to 7-1-1 against the Pacific Division. That's good for an .833 points percentage (or a 136 point pace over 82 games).

As November comes to an end, Vegas fans can enjoy the holiday season and stop panicking about their once floundering hockey club. The season is officially back on track.

And kids, if for some reason Santa Claus can’t score that gift you really want, don’t worry, Cody, Alex and Max will deliver.