The Roster Juggle Rolls On 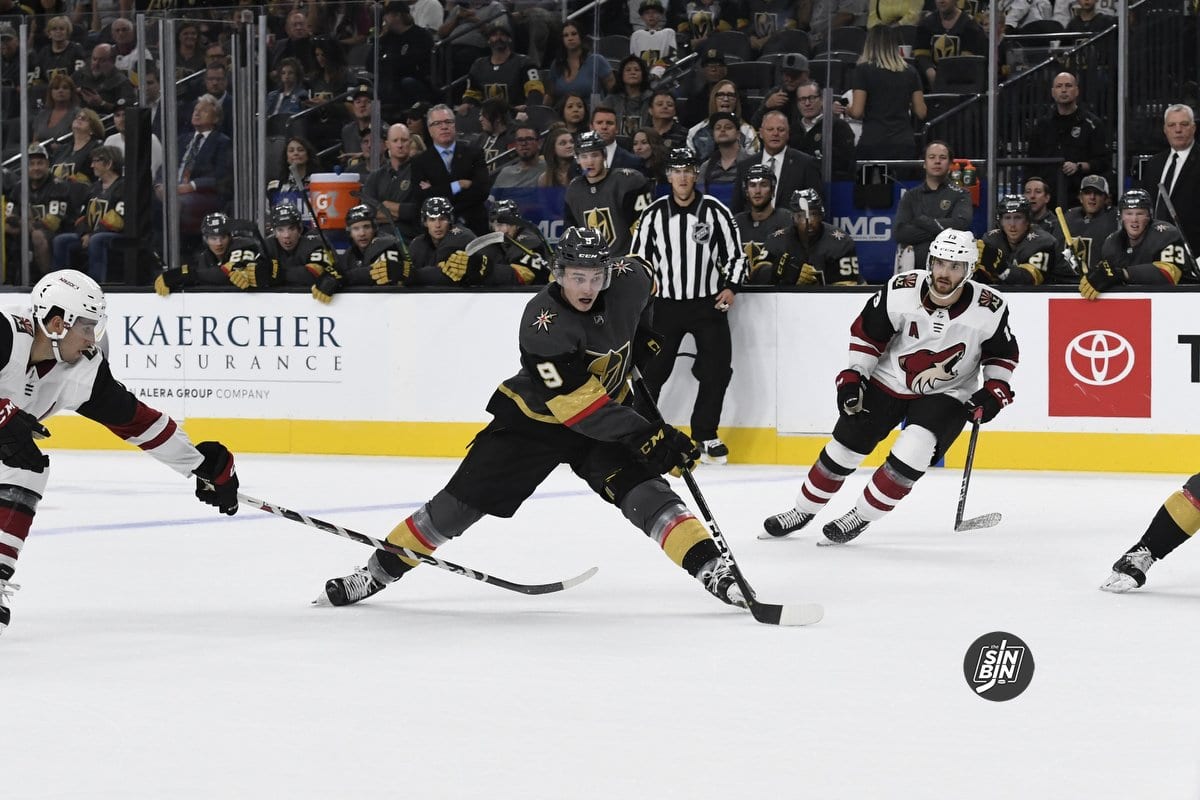 The Golden Knights are so close to the cap that the first five games this season are the only in their 240 regular season game history in which they’ve gone without a single healthy scratch.

On top of the limited roster, each night they’ve had to decide which of three options they hate the least. Waive Keegan Kolesar and likely lose his rights to another team, bench Cody Glass, or dress a lineup with just five defensemen.

Through five games, they are in an excellent position with a 4-1-0 record, but one has to wonder how long will this charade continue, especially if it continues to look like it’s catching up with them as it did last night.

Clearly, benching Cody Glass is not in the best interest for either the Golden Knights or Glass. He needs to develop into the team’s 2nd best center or at least a high-end 3C before the trade deadline, otherwise, he’ll need to be replaced. Playing sparingly won’t help his development nor will it give the team enough data to draw the necessary conclusions this season.

Leaving Glass in the lineup leads to taking Nic Hague out and forcing the defense to play a man down. Game 5 of the season was the third time the Golden Knights have used the 13/5 lineup. Unsurprisingly, these are the three games in which the Golden Knights have struggled most defensively, especially in the 2nd period when it’s more challenging for defensemen to change.

Vegas has allowed five 2nd period goals when they have five defensemen and just two when they have six. Aside from goals, they’ve had more trouble breaking out, they’ve turned the puck over more often, there have been more odd-man rushes against, and just as a whole they haven’t been nearly as good.

It’s definitely different. You are rotating through partners and you can’t exactly get into the rhythm with one guy. -Shea Theodore

Theodore went on to say they can’t really use it as an excuse, but the eye test and the stats bore out that they are indeed better across the board with six defensemen rather than five, albeit in a tiny sample.

But really, there’s no way the Golden Knights can solve this issue with the current roster construction which should have all eyes focused on the front office. How long are they going to let this continue? What will it take to force a change?

Through the first four games, it was easy to shrug the issue off as even though the effects were visible they weren’t enough to cause a loss. The same can be said about the one game in which not many players played all that well anyway. But when does enough become enough, and then when it does, what is the ultimate solution?

The further it goes, the more ridiculous it would be to go with the simple option of waiving Kolesar. Whether he gets claimed or not, if that’s the plan, why put yourself in this situation in the first place? However, that also stands as the simplest solution and really the only one they can do right now.

As long as Kolesar is on the roster, the best option is to legally exceed the cap. The way to do that is to place a player on long-term injured-reserve. Of course, that does require a player to be injured and that player would need to be out for at least 10 games. Anyone who follows the sport of hockey knows it’s essentially inevitable that someone will go down at some point, but being forced into making a challenging roster decision every night until it does just feels odd and in a way almost sadistic.

This leads to the final option, make a different move. That could mean waiving a different player or making a trade. Technically, that could happen at any moment, but no matter what that trade looks like, it would have to take a player out of the current lineup without replacing him to have the desired effect.

Something’s going to have to give at some point, and as long as Kolesar’s time on ice looks like it did last night (3:47), the front office is going to be under the microscope.

This is the cost of acquiring Alex Pietrangelo, re-signing Robin Lehner, and keeping Marc-Andre Fleury is the cap crunch we’re seeing now. The VGK front office has to have a plan, and they will execute it when they feel the time is right.

When that time will be? Your guess is as good as mine.