The Real Paul Stastny Has Arrived

When James Neal opted not to re-sign with the Golden Knights back in July, the team lost one of its smartest players.

But not to fret. The Knights acquired a player with a very high hockey I.Q. when they signed Paul Stastny. 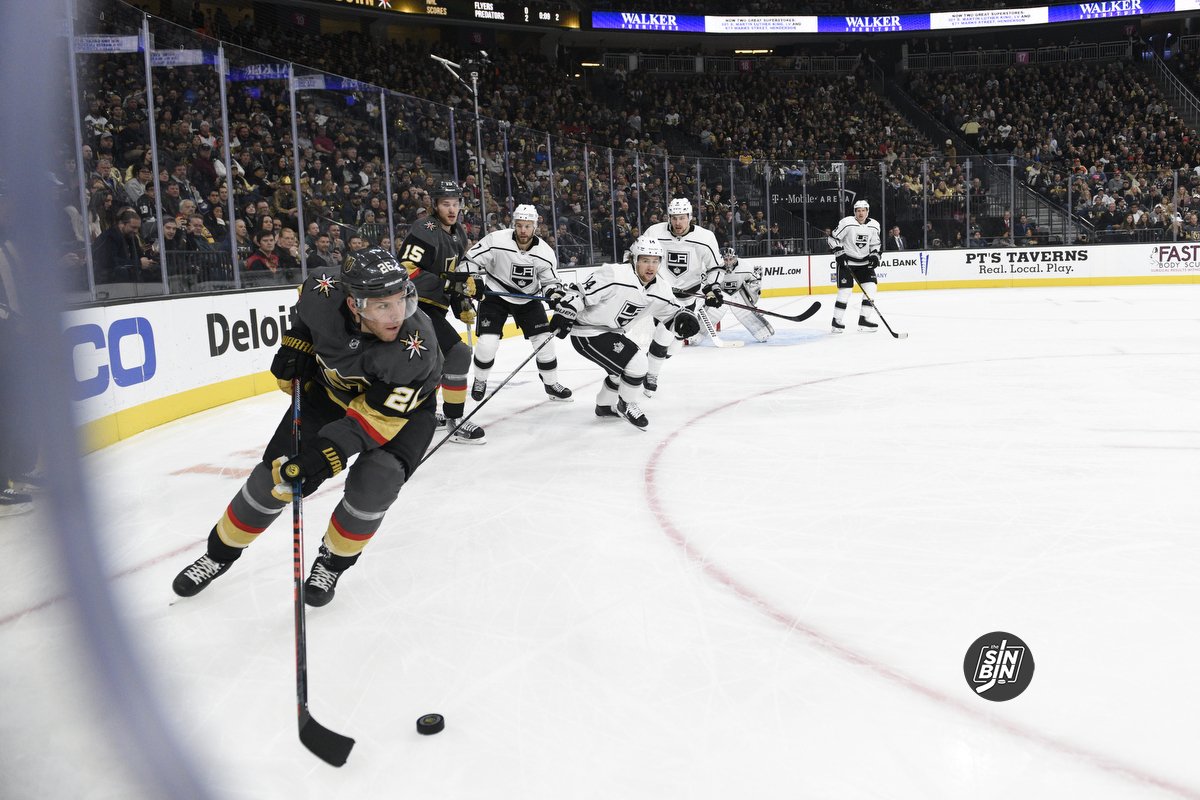 The veteran center knows how to play the game. He does things the right way. He understands the subtleties of hockey and he makes his linemates better, which is what any playmaking center is supposed to do.

But when he got hurt in Buffalo back on Oct. 8 and missed 30 games, everyone forgot all those characteristics. He was out of sight and out of mind.

He has been back for 10 games now and with his return, the Knights have returned to the top of the Pacific Division standings. He is centering the second line and despite an ever-changing cast on his flanks, Stastny is producing as are his linemates.

The initial plan was to have Stastny center for Max Pacioretty and Alex Tuch. But he has also played with Erik Haula, Reilly Smith and Brandon Pirri. Currently, the line is Stastny, Tuch and Pirri. Pirri has six goals and three assists. Tuch, who has 14 goals, the latest an empty-netter to seal Tuesday’s 2-0 New Year’s Day shutout of the Los Angeles Kings, has registered at least one point in five of his last six games.

Stastny said it’s all about communicating.

It’s not that hard to adjust (to playing with different players). You talk on the bench and make sure everyone is on the same page. -Stastny

Pirri, who has bounced around the NHL and has played with a lot of good players, said Stastny is really good at adjusting his game to fit his linemates’.

His character is so good. He makes my life and Tuchy’s life so much easier. He tells you where he’s going to be and he gets you the puck. He’s a playmaker and all you have to do is get open and he’ll get it to you. -Pirri

But it’s not just the obvious that makes Stastny so effective. It’s the things that don’t show up on the stat sheet that he does over the course of a game.

Midway through the first period Tuesday, the Knights had lost possession in the Kings’ zone. No big deal, right? You try and win back the puck and you start over. Stastny did just that by getting to a loose puck, then making a subtle but sweet backhand pass to Ryan Carpenter who turned it into a quality scoring chance.

Jack Campbell made the save on Carpenter. But because Stastny knew where to be on the ice, he was able to get to the puck, then knew what to do with it.

In the second period, the Knights were putting tremendous pressure on the Kings and were looking to break a 0-0 tie. After gloving a puck down to maintain possession, Stastny is caught offside deep in the zone on a blocked shot. He hustled to touch back up at the L.A. blue line, allowing the play to continue. The Knights ultimately kept possession and once again had Campbell under duress.

It’s a play that didn’t make the scoresheet but because Stastny was willing to not give up on it, he allowed the Knights to keep the play in the Kings’ zone.

Is it any wonder coach Gerard Gallant is glad to have No. 26 back in his lineup?

He’s been around the game a long time and he plays the right way. He’s such a smart player and I can play him with anyone. He looks like he’s in a groove right now. Gallant

Gallant thought the long layoff was akin to a second preseason for Stastny. But Stastny said he didn’t feel like there was a whole lot of rust to shake off when he returned back on Dec. 14 in New Jersey.

A little bit but I’ve felt pretty good ever since I came back. The first game or two I may have felt a bit off. But playing with new linemates, you feel it out. But the more you play with guys, the more you communicate, the more comfortable you are. For me, just being part of the team, being involved in the game every day, the wins and the losses, I’m much more comfortable now. -Stastny 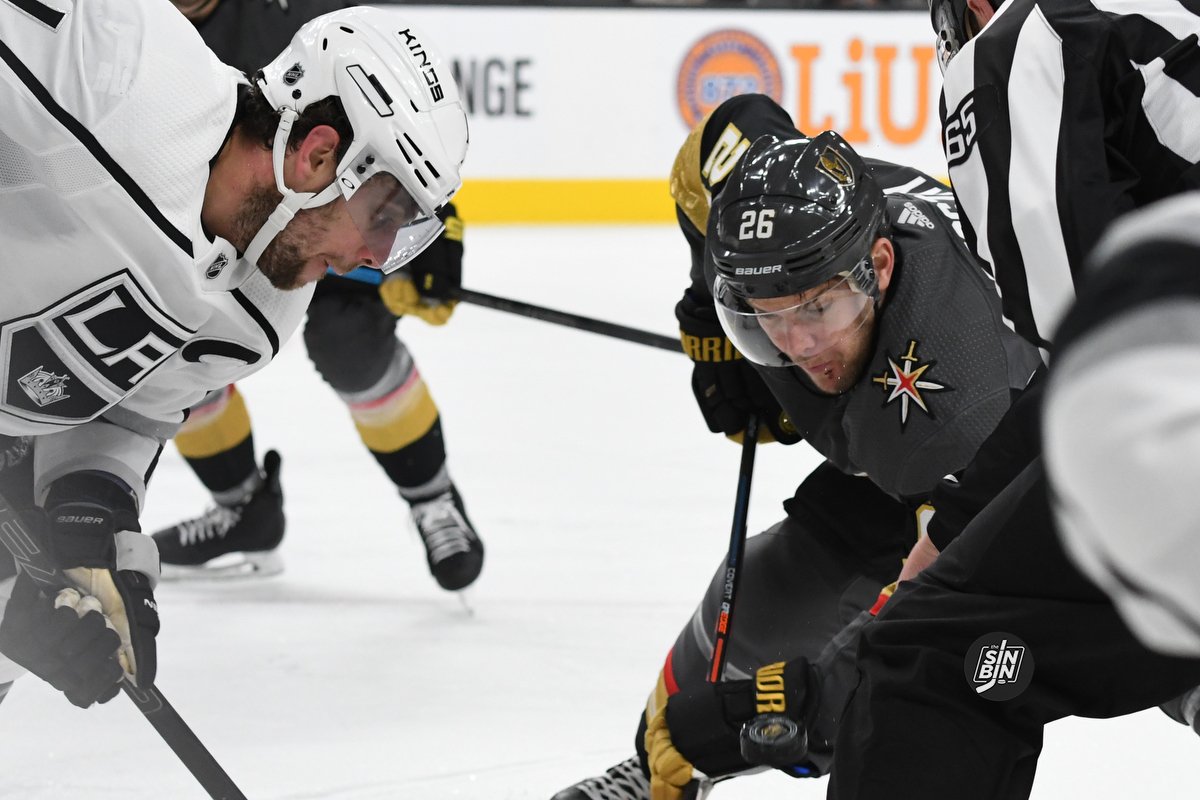 His three-goal streak ended Tuesday. But Stastny has five goals and nine points since he returned to the lineup. And even though he didn’t dent the scoresheet against the Kings, he had an impact on the final result.

Defenseman Nate Schmidt said the team appreciates what Stastny does on a daily basis and he has no doubt the Knights’ rise to the top of the Pacific standings coincides with the return of Stastny to the lineup.

The more you watch him, the more you appreciate his overall game. You saw it last year when you played against him in the playoffs. He makes little plays all over the ice, the things you understand if you follow the game closely, like that play in the second period when he touched up to keep the play alive. I have faith that when I get him the puck, he’s going to make the right play. He’s just incredibly smart. He has such a high hockey I.Q. and it makes a big difference. –Schmidt

At some point, Pacioretty will rejoin the team and be back in the lineup. He has been skating again and it’s a matter of time before Stastny and Pacioretty and Tuch are reunited. And while Pirri’s play has helped fill the void, in all likelihood, Pacioretty will be skating on the second line when he returns.

And that could be when the real magic happens for Stastny and the Golden Knights.