The Play That Beat The Ducks 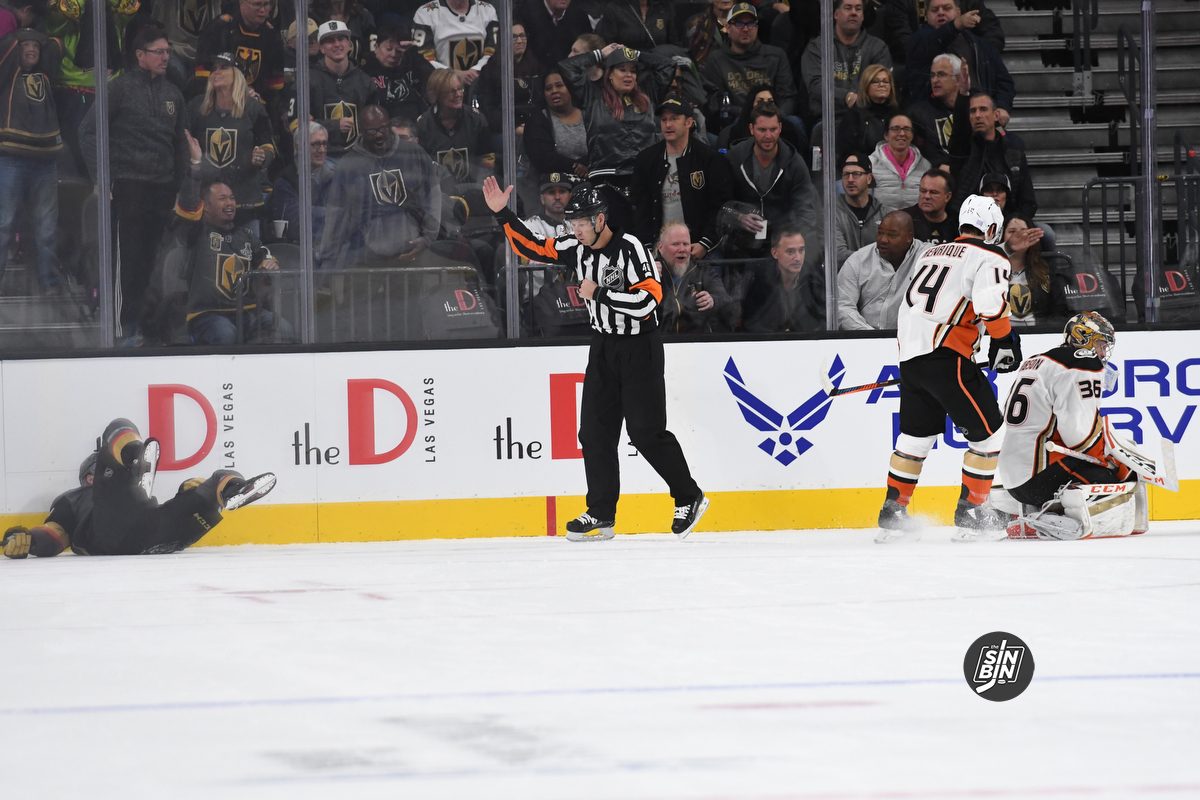 Unlike baseball where there’s one pitch or football where there’s one play, hockey is not a game that is often decided, or even swung, by an individual moment in a game. However, during the game against Anaheim, Tomas Nosek and Pierre-Edouard Bellemare combined to make a play that flipped the course of that game and if all goes well, could end up changing the course of the season.

It came late in a somewhat sloppily played first period. The Golden Knights had taken a penalty and appeared like they could be headed for the all too familiar fate of falling behind early. The penalty kill begins with Bellemare winning the draw,  Brayden McNabb clears the puck, and the Golden Knights stop the first entry. But then, the Ducks maintain possession for 20 more seconds before setting up a shot from the high slot. It’s wired, Bellemare courageously blocks it, he then finds it first and springs Nosek into open ice. Here, give it a watch.

Nosek picks up the puck and drives directly toward the goal drawing a penalty, thus killing off the current penalty and earning Vegas a power play. But it’s not just the block and the breakaway, it’s when it happened in the shift. Penalty kill shifts are meant to be as short as possible, :20-:30 is great for forwards. Once you can safely change, you are supposed to do it. The normal play there would have been to send the puck down and get off the ice, but Nosek dug deep into his gas tank, already :50 seconds into the shift, and went straight to the net. 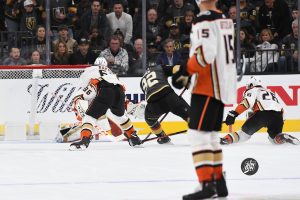 If they don’t call the trip (or if the guy doesn’t do it) we might be talking much differently about this moment. (Photo Credit: SinBin.vegas Photographer Brandon Andreasen)

It’s a gutsy play because if he doesn’t draw the penalty or he isn’t able to get off the ice cleanly following this play, he might end up stuck out on the penalty kill for 90+ seconds. That’s long no matter what, it’s insanely long when you consider a full speed break is involved. The safe play was to dump it in, but this team doesn’t need the safe play right now, this team needs the individual effort play, the one that makes guys tap their sticks on the boards when it’s over. That’s what both Bellemare and Nosek offered and boy did it make a difference in that game.

The ensuing power play led to Alex Tuch’s game-opening (and eventually winning) goal. Cody Eakin scored 25 seconds into the 2nd period, and within 15 minutes of that penalty kill, the Golden Knights had a 4-0 lead and had the game won.

He competed, went to the net hard, exactly what you want to see from guys like Nosek. He had an opportunity, a partial breakaway, and sure enough, they called a penalty on and we scored on that power play. Key points in the game like that guys compete and going hard to the net, (that’s hard word). -Gerard Gallant

It’s the type of play that’s been missing for the Golden Knights. It’s those plays that spark a lackluster game into a dominant one for Vegas. They happened seemingly every night last year, they haven’t this year.

That one happened when the Golden Knights were down a man and needed a penalty kill early. They took the chance, capitalized on it, and eventually won the game because of it. That’s winning hockey, and those types of efforts need to continue both at T-Mobile Arena and away from it.