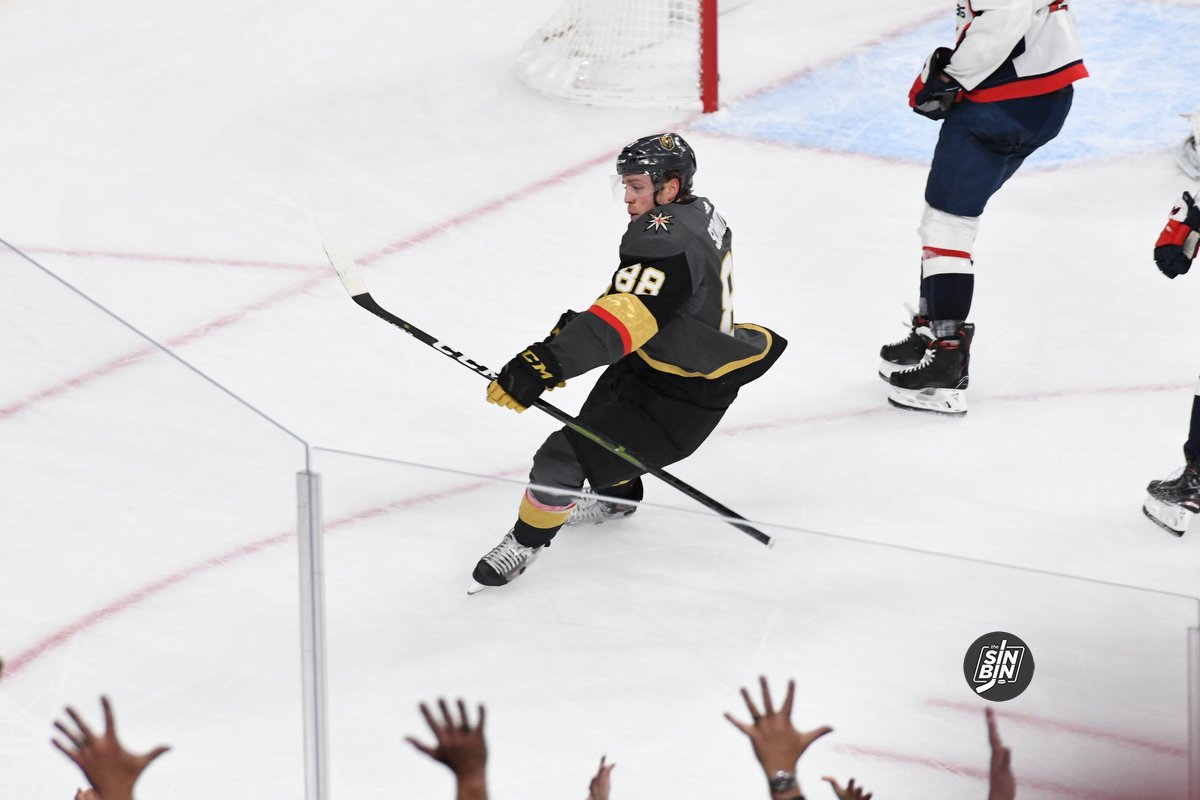 This dude is a #1 defenseman in the NHL Don’t let anyone tell you otherwise. (Photo Credit: SinBin.vegas Photographer Brandon Andreasen)

There’s a theme floating around VGK land that goes something like this… “The Golden Knights are 3-9-0 against the top 10 teams in the NHL, are they really that good?”

Technically, this stat is correct. Aside from wins over Washington, Calgary, and San Jose, the Golden Knights have been quite miserable against high-quality competition. However, there’s an important caveat that’s missing to the theme. That caveat’s name is Nate Schmidt.

While I was in Arizona for the home game against the Coyotes at Gila River Arena, I asked Gerard Gallant when he thought his team turned the corner. His answer was when Nate came back. (I forgot to press start on my recorder so I don’t have the full quote, but I remember it wasn’t great except for the overall premise so I decided not to take the time to track it down. Just believe me, he said Nate, or something like that.)

They’ve beaten Calgary, San Jose, Washington, Dallas, Colorado, and the Islanders twice while falling by on the road to Calgary, Columbus, and Winnipeg and at home to San Jose. (Oh, and if you are into this sort of thing, they outplayed Winnipeg and San Jose in those losses.) Vegas is a whopping 10-1-2 (.846) at home with Schmidt and have improved their road record significantly from 3-8-0 (.272) to 10-5-1 (.656).

All the while, in the 29 games with Schmidt, VGK has missed Schmidt’s BFF Erik Haula for all 29, Paul Stastny for 13, Colin Miller for 13, Max Pacioretty for 9, and Reilly Smith for 4. Deryk Engelland, Shea Theodore, Tomas Nosek, and William Carrier have all missed time too.

Stats can always be diced up any way you wish, but the fact remains, the Golden Knights are a damn good hockey team when Nate is in the lineup… no matter who or where they are playing.