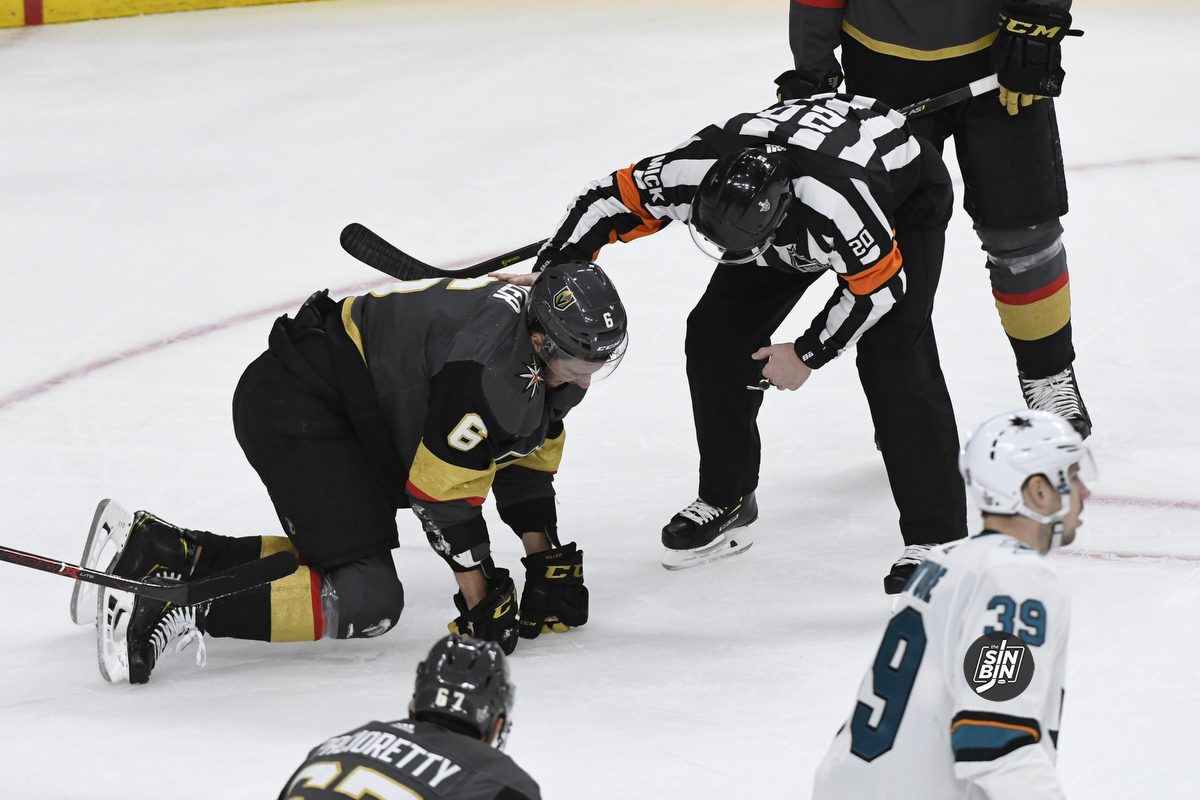 Anyone who has watched playoff hockey has probably imagined being part of a handshake line after a successful series. Walking through as the team that lost though, that’s not one that normally comes up in the childhood dreams.

It’s the hardest thing to do. -Nate Schmidt

For many of the Golden Knights, it’s their fifth handshake line in two years, the last two have been tough to swallow. It’s painful to watch for fans (I bet many of you didn’t even leave the TV on long enough to watch it) and even more painful for the players to go through. No one wants to end their season shaking the hand of the victor, especially after a series as bitter that that one.

It’s hard to win. Just look at all the teams that are out. It’s crazy. It’s a hard league to win, but that doesn’t make it any easier right now. -Schmidt

I’ve never been in a position to basically be forced to shake hands with an enemy, but I imagine I probably couldn’t handle it as well as Nate, Ryan Reaves, and every other Golden Knight.

It doesn’t matter what happens in the series. You go to war with guys who play the same sport as you. No matter what the outcome is, you shake their hand. -Ryan Reaves

Just imagine shaking hands with Evander Kane, Logan Couture, or Joe Thornton after being shoved and slugged for seven games. It would take a lot of sedatives to get me through it. Fortunately, NHL players make enough money (or are just better people) that they quickly forgive dirty elbows and gloved sucker punches after the whistle.

Whether we like each other or not, it was a good, hard fought series and you got to show your respect. -Reaves

These guys are pros, in every sense of the word.