The one downfall of being an NHL player is that it’s not a lifelong job. The average American retires around 65, but for the average pro hockey player it’s 33. While it’s a highly desirable job, earning high salaries, and entertaining millions, there’s still plenty of life after hockey.

TSN’s Bob McKenzie was asked which current player he thought could become a good NHL GM, and his answer was not surprising.

Sidney Crosby is a hockey junkie. He loves the game. He loves to talk about the game, he follows things closely. He has a great awareness of what’s going on. I don’t know if he’ll go into management but it won’t surprise me. If he did go in, he would be all in. He’s got a real passion for the game and that reflects in knowledge and a thirst for knowledge about all things hockey.-Bob McKenzie, TSN

So it got us thinking, which current/former Golden Knight would make a good NHL general manager?

There are many elements that go into being a successful general manager, the biggest one is accepting the harsh reality of the business side of hockey. The Islanders Lou Lamoriello is a great example of being a stone-cold executive, even Vegas’ George McPhee has an icy side. Maybe it’s education, or it comes with experience. Pacioretty felt the chill up in Montreal where he was constantly made the scapegoat. From the fans, media, to team executives, #67 had a lot on his plate. However, he still managed to score 226 goals for the Canadiens. Pacioretty accepted his high-profile role as an American captain in Montreal, and professionally handled his daily responsibilities, no matter how combative they were. In the end, he was traded by the organization he gave it all for, and it didn’t phase him. By then, he had already been schooled about the dirty business. 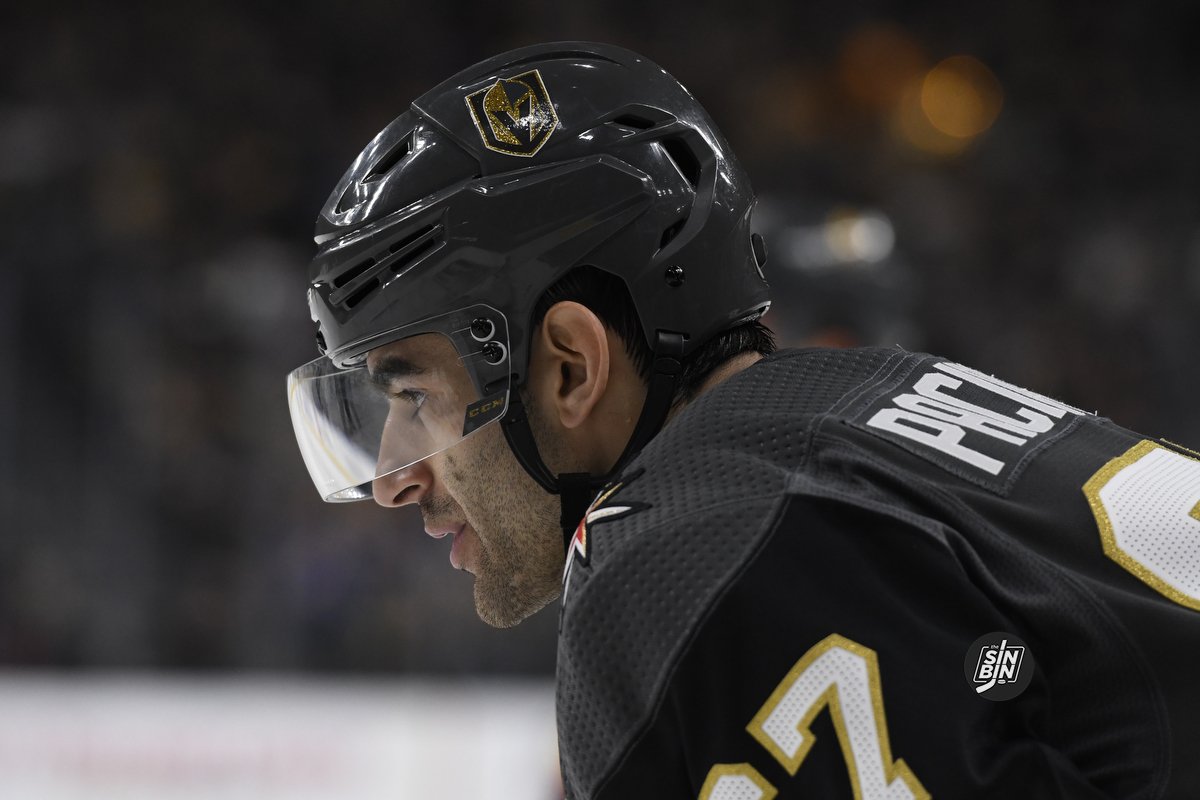 After one year at his local high school, Pacioretty moved on to a hockey prep school, then to the USHL, and lastly the University of Michigan before becoming an NHL player. Since the age of 15, the Connecticut native was heavily recruited and scouted, so he’s well aware of that process.

As captain, Pacioretty needed to work the room and find balance with all of his teammates. Even loud, overbearing teammates like PK Subban. Being captain allowed him insight on how the team was built. What the front office was doing right and what went wrong. With several failed seasons in Montreal, I’m sure the 31-year-old veteran took note of the poor decisions made by the organization.

His experience early on with the recruitment stage, witnessing of building up and tearing down rosters, adding in his tough skin and Pacioretty has the resume to become a future general manager. (written by Jason)

Man, I miss David Perron. Perron is one of the most intriguing players both on and off the ice. 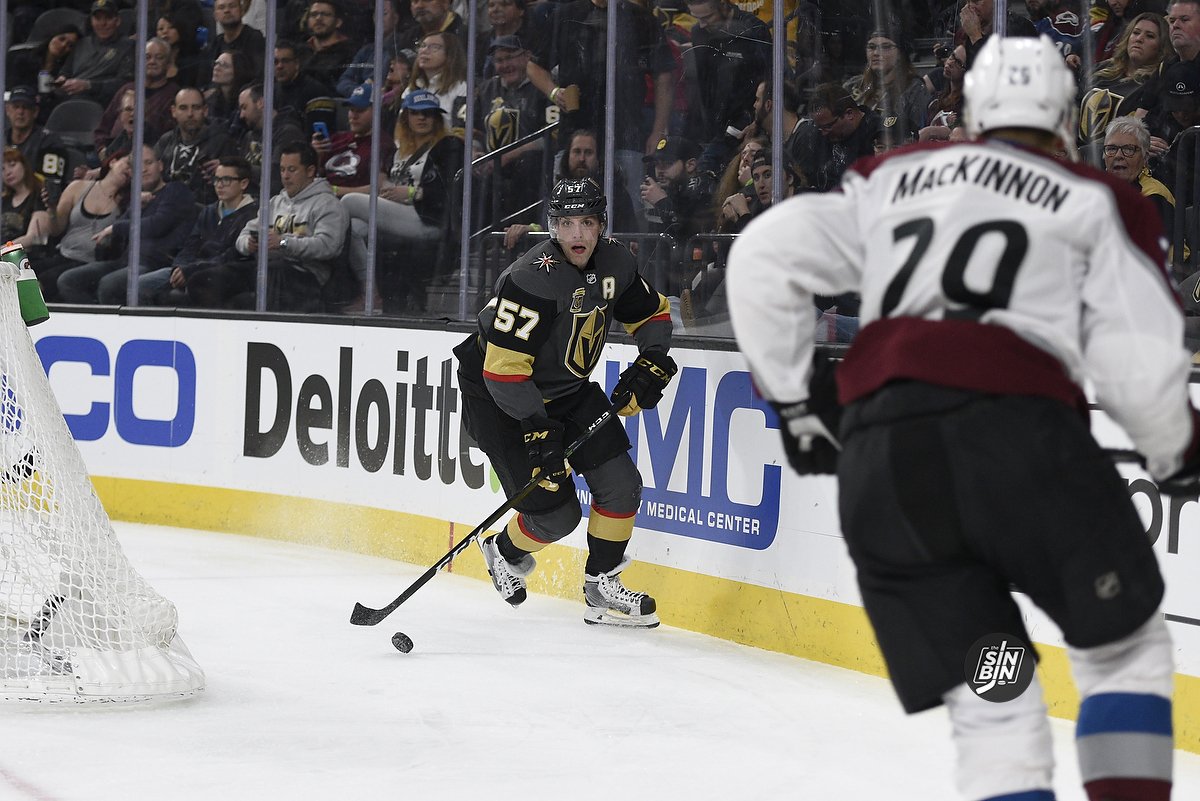 His hockey mind is always on full display when he’s playing as he just seems to have a knack for finding holes in the offensive zone where he can hold onto the puck for a little longer than anyone else who has ever worn a VGK jersey. He sees the game at a different speed than most and I’d have to think that would translate well into scouting as well as team construction.

Off the ice is where he really made me believe he has what it takes to be a GM though. He’s one of the few players in Golden Knights history who really cared about stats and even advanced stats. He’d talk about Corsi, zone starts, through-percentage, and many other pieces of data that proved he’s a true hockey junkie.

The intelligence he displayed in breaking down complex game situations as well as his understanding of the salary cap and the business end of hockey has me believing he would be not only the most likely to become a GM, but also the best future GM of any current or former Golden Knight. (written by Ken)

When I was a kid I’d sometimes hear my old man bitch and moan about his old boss Mr. Spacely. I’m sure Stastny overheard the same curse words from his Dad, but it was mainly about NHL coaches, GM’s and owners. From birth, Stastny was exposed to professional hockey giving him the ultimate head start. Over time, it would be hard not to pick up the inner workings of a professional franchise.

Like Pacioretty, Stastny went through the USHL and NCAA to eventually the NHL, learning the process of recruitment and scouting. He had early success in the pros, and inherited a high hockey IQ. Current Avalanche GM Joe Sakic has complimented Stastny’s vision and understanding of the game. Florida Panthers coach Joel Quennevillle echoed the praise. With his deep, deep hockey roots, career success, and his cerebral approach to the game, Statsny could very well be an NHL GM. (written by Jason)

I’m well aware that this might be a bit of a weird one considering the incredibly bubbly personality that’s not common among GMs. But Schmidt is one of the smartest defensemen in the league and when you get him going on hockey, he’ll talk your ear off just like he will about anything else.

Everyone likes Nate, which could really come in handy in both managing his own players as well as dealing with other GMs if he were to ever make that leap.

Schmidt has always been one of the best Golden Knights in diagnosing the issues that are going on when the Golden Knights are scuffling. (You’ll notice, when they lose, he’s almost always one of the players to talk to the media.) I’d expect that to be able to translate if he were to be watching the games in the suite as opposed to sitting on the bench with his teammates.

Finally, he’s already done a little GMing for the Golden Knights. Remember this? (written by Ken)

First let’s start with Theodore is a defenseman, and many GM’s were former blueliners. Now, let’s get to the real reasons. The 24-year-old didn’t play more than 34 games before he became a Golden Knight, however, he already had 20 playoff games under his belt. A victim of age and skill, Theodore was used like a rubber ball in Anaheim. Getting called up, and sent down the next day was the norm for the first-round draft pick. Used mostly in the AHL, the Ducks weren’t afraid to use him regularly in the postseason. It didn’t seem to hurt his development either. In 2017, when he first began the year with the AHL Chicago Wolves, Theodore understood it wasn’t about his talent but more about his exemption status. It was then that he learned about roster decisions being best for the club and not the individual. Which I’m sure was explained to him by two organizations.

Another angle is Theodore’s 2018 offseason holdout. The young defenseman and his agent challenged the offering by the Golden Knights and went head-to-head with the shrewd McPhee. Not only did it show self awareness, but also proved he understood the business of negotiating. At his age some players would have caved to the threats of an experienced GM. Not Theodore, who ended up signing a seven-year deal.

With plenty of seasons ahead, looking for future work isn’t a concern for Theodore. His hockey IQ will continue to get sharper over the years, as well as his understanding of the process of constructing a roster. Starting off as a young player, by the time his contract expires he’ll be a veteran leader in Vegas. Theodore will have seen the future highs and lows of this organization, which could help him prepare for a role in the front office. (written by Jason)

No one was more aware of the importance of roles on a hockey team than Bellemare. But the quality that makes me believe he’d be a great GM is his honesty. Whether it was about the team’s play, his contract situation, former teams and teammates, or anything else, Bellemare always had a way to give the blunt honest truth but say it in a way that didn’t feel as harsh as the reality.

Another guy that’s liked by pretty much everyone, Bellemare has seen hockey at many different levels and in multiple countries. I think he’d be strong in scouting, he’d be able to recognize the needs of a team, and he’d be easy to work both with and for. (written by Ken)

Steve Yzerman, Joe Sakic, Rob Blake and Ron Francis are all hall of fame players turned GM’s who have had levels of success. At some point in time, a former Golden Knight player will likely hold the title of GM, who would you hire?