Doughty brought up the imbalance in shots his goaltender had to face. Quick was peppered by 39 Vegas shots over the 63:30 game, and 15 in the second frame alone. 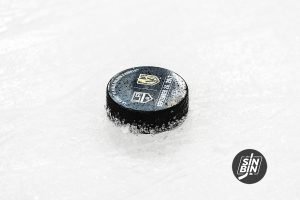 Quick’s temper began to flare right after Marchessault’s game tying goal. It could have been a combination of the Golden Knights and the officials but the two-time Cup winning goalie lost his cool during and after the game.

After last night’s win, the Golden Knights became 10-0-0 when firing 35 SOG or more. With that in mind, Quick should feel a little better about smashing his game stick, but the “I’m Okay With It: Anger Management Counseling Service by Jason Pothier” is still available if he’s willing to pony up my steep price.

There are still two meetings left between Vegas and LA. Any takers on who’s twig gets snapped after their next game?