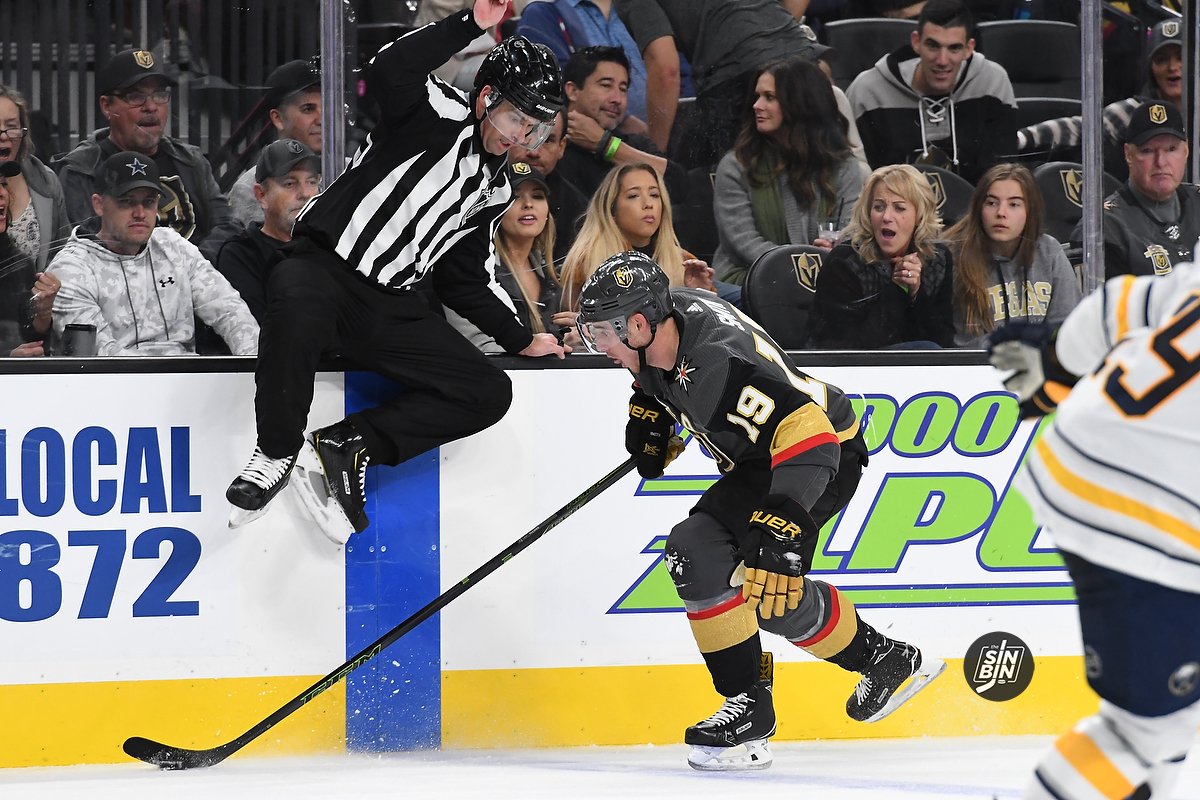 Since the calendar flipped to 2020 the Golden Knights penalty kill has been… how do I put this politely?… a steaming pile of horse… let’s just say it’s been bad, very very bad.

Vegas had allowed a power play goal in seven straight games, they had killed off just nine of 18 over a seven-game stretch, and thanks to some research from AT&T Sportsnet, we know they ranked dead last in killing penalties over Gerard Gallant’s final seven games. It’s probably not the only reason, but there’s no question the Golden Knights poor penalty kill lent a hand in his firing.

In comes Pete DeBoer, who just two years ago was the coach of the NHL’s 2nd best penalty kill unit. In DeBoer’s four full seasons in San Jose, the Sharks killed penalties at a rate of 81.7% and his teams never finished the year below 80%. Vegas currently sits in 22nd place at 78.9% and their 52.6% over the last eight games is downright appalling.

One of the first things DeBoer worked on with the Golden Knights was making a change to their style of penalty killing. In fact, using just a few practices and likely some video work, there are two already significant changes that have been implemented in the way the Golden Knights kill penalties. Both were used against Montreal and both involve puck pressure.

Well, for the first change, it’s actually a lack of pressure.

Under Gallant, the Golden Knights would always send at least one forechecker, sometimes two, into the attacking zone to rush the opposing team’s breakout. It was an aggressive style of penalty killing hoping to force a mistake up the ice and lead to an easy shorthanded chance. The drawback to this style is that if the breakout beats the forecheckers, the Golden Knights are heavily outnumbered at the blue line leading to easy, sometimes even unchallenged, zone entries.

Under DeBoer, the Golden Knights will not send any forecheckers up when killing penalties. Instead, they’ll deploy three players across the blue line and one slightly further up to force challenged entries (which looks like this or this). This was a staple in the Sharks penalty killing system under DeBoer, and in the game against Montreal, the Golden Knights used it to successfully kill the one penalty they took.

Here’s how that looks in action.

Eakin does not chase into the offensive zone. Instead, he circles back to set up in the neutral zone.

The moment Smith loses the puck, he backs out and resets to the neutral zone.

The idea under DeBoer’s system is to make the entry across the blue line as difficult as possible while foregoing any chance to steal the puck in the offensive zone and score a cheap shorthanded goal.

But, of course, eventually the team on the man advantage will gain the zone. That’s where the second change in system comes in.

This one is opposite to the first. Once the opposing team gains the zone, the Golden Knights will now apply as much pressure as possible on the puck as opposed to concentrating on staying in perfect penalty killing position as they did before.

Under Gallant, unless the puck was below the goal line or pinned up against the boards, the Golden Knights always wanted their four penalty killers to be in the shape of a square (or box, usually hockey people refer to it as a box). The reason for this is because it, in theory, takes away the center of the ice. There won’t be a shot that doesn’t have at least one penalty killer in front to block it, and any pass across the ice has to travel past at least one, and up to four, killers’ sticks. Plus, once the puck is loose, there will always be a penalty killer in the area to pick it up and send it the length of the ice. As the puck heads away from the goal towards the point, the box spreads out to cover more ground, and when the puck gets closer to the goal the box squeezes taking away all dangerous passing or shooting options.

DeBoer’s system is quite a bit different. He wants puck pressure, and heavy puck pressure, all over the offensive zone. The idea is to outnumber the opposing team to the puck despite being short a player. The way to do that is to have one forward constantly chasing the puck while the other forward and the defenseman (or even sometimes all four players) support when possible. The Golden Knights are always going to be outnumbered by at least one (because they are killing a penalty), but they can use the offensive team’s shape against them by neutralizing players standing still away from the puck. Let’s go to the grease board to demonstrate. 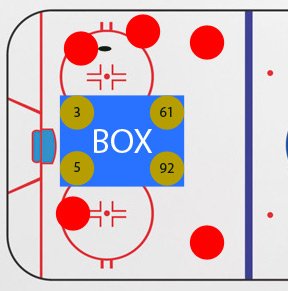 Gallant’s system with the box. 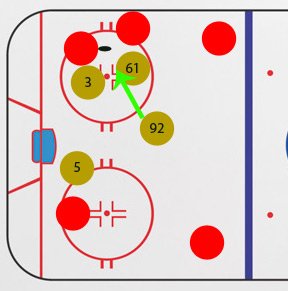 With heavy pressure being applied from both #3 and #61, #92 is able to come in and outnumber the offensive players. Three in gold, two in red. When this happens though, the gold players MUST win the puck, otherwise, there are three red players to just one gold player on the rest of the ice.

Heavy puck pressure all over the zone forces teams to make quick, accurate, and clean plays with the puck. Any tiny mistake and the penalty killers will jump on them and take the puck away. The defense is dictating the play (at least a little bit) as opposed to the offense doing it as the Golden Knights allowed under Gallant.

Here’s how it looks in action.

Watch Stone and McNabb hound the puck (especially right off the draw) while Engelland and Stastny keep creeping that way to create the outnumbered situations in favor of the Golden Knights. In just that 20 second clip, the Golden Knights create a 4-on-3, a 3-on-2, and a 2-on-1 all while they are playing 4-on-5.

In every instance, in this case, the puck stays on that side of the ice. If any of those times the puck was able to be sent over to #17 standing down there at the bottom of the screen, the Golden Knights are in big trouble. However, because they are pressuring the puck so heavily, there’s never a chance for the puck carrier to get it over to the open player. This is the penalty killers dictating play, and this is how DeBoer likes his teams to kill.

Gallant’s system was passive and thus safe. Very rarely did a team end up with a wide-open chance against the Golden Knights penalty kill. Under DeBoer, they likely will from time to time, but the hope is that the risky puck pressure style will cause more clearances and thus less power play time in the zone.

I liked the one penalty kill we had. We implemented some of the stuff we talked about. I thought we were more aggressive and did a good job there. -DeBoer

These are the types of minor tweaks DeBoer was talking about when he came in and took over as the second head coach in Golden Knights history. The success of things just like this will ultimately determine his impact on the final outcome of Vegas’ third season.