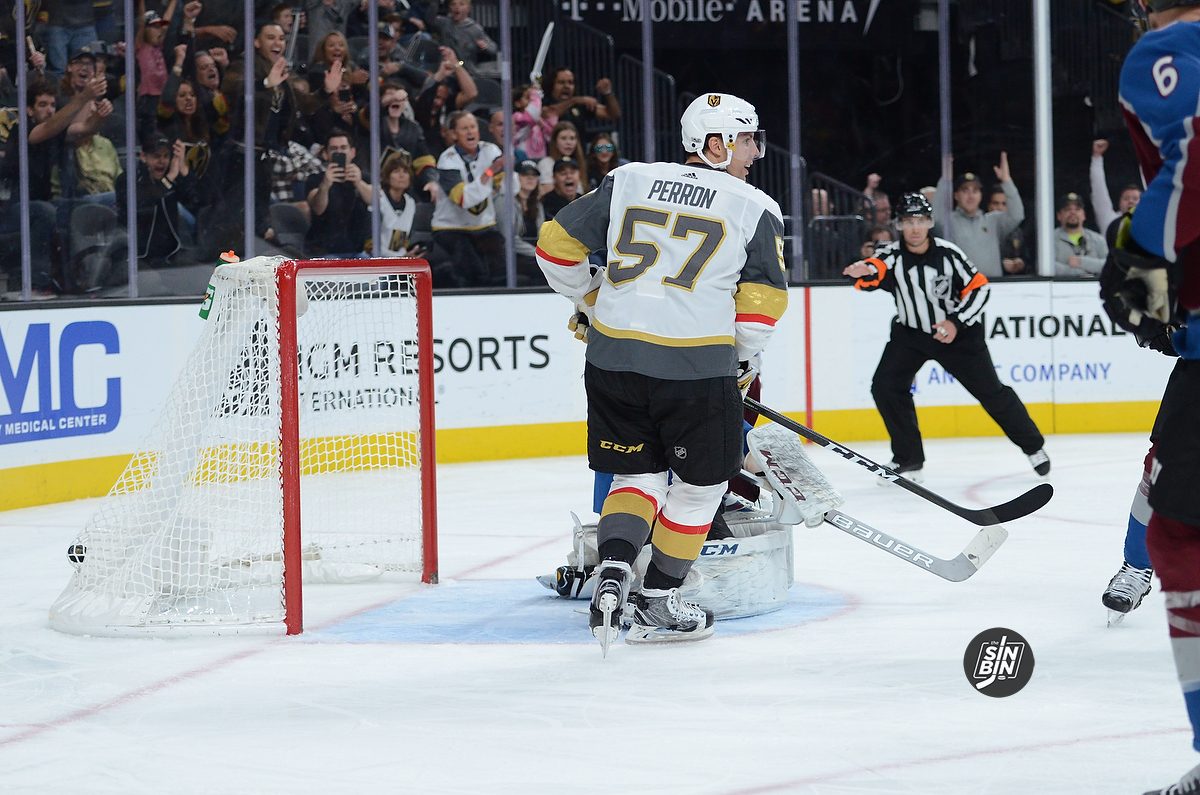 Perron confirmed there were contract talks, but nothing ever materialized during the season. (Photo Credit: SinBin.vegas Photographer Brandon Andreasen)

Coming into this season, David Perron and Jonathan Marchessault were both unaware of their futures. The two friends, both with expiring contracts had been sick of the NHL nomad life. While both were hoping to sign extensions with Vegas, only one was able to agree to terms.

It’s nothing you really think of. In the season you’re just trying to think about hockey. When you start talking that doesn’t mean it necessarily will happen. I was happy to get it over with this season. -Jonathan Marchessault

As the new year approached, many wondered if the Golden Knights would trade Marchessault if they couldn’t sign him to a contract in season. The 27-year-old admitted that he was a little concerned as well.

Yeah it’s always on your head a little bit. I told my agent at some point, if there’s nothing we should think of then I don’t necessarily want to talk about it. I just wanted to focus on my game and see what that brings us. -Marchessault

On January 3rd, the Golden Knights announced they had extended #81 on a six-year, $30M contract. The midseason agreement boosted Marchessault’s confidence.

I think so. You never know what happens, injuries, slumps. I think it definitely helped me. -Marchessault

On the flip side, Perron’s agent and the Vegas brass couldn’t come to an agreement during the regular season. If that remains the case on July 1st, Perron will be free to sign with any team.

Before Perron even hit the ice, many just assumed he’d be moved by the trade deadline. Was he aware the organization could’ve flipped him for future assets?

Yeah, I think early in the year before it started. You get the mentality of what’s best for yourself but for the team too. It snowballed and we kept pushing and pushing and slowly started to change George and Bill’s expectations. -David Perron

As the season went on and the winning continued, Perron felt comfortable knowing he was staying put for the remainder of the season.

People were asking me about trades, and honestly I wasn’t nervous. I was completely confident that I would stay. I believe George did the right thing. You trade guys to improve the team down the road, and to get back to the same situation in three or four years. Why wait if you’re there? You got to go with it and he did that. -Perron

If he was on the trade market, the forward he believes he had the big man in his corner to block any deadline deal.

I think Bill really started to believe in us and started to get excited for the playoffs. -Perron

Needless to say, The Creator made the right decision to keep the gang together. Maybe he believes in them so much, he’ll bring Perron and the rest of the free agents back.

Get ready Vegas fans, this is going to be a crazy offseason. Draft, free agency, and developer camp is right around the corner. There’s no days off at SinBin.vegas.