The Delicate Balance Of Juggling Lines With Jack Eichel’s Return 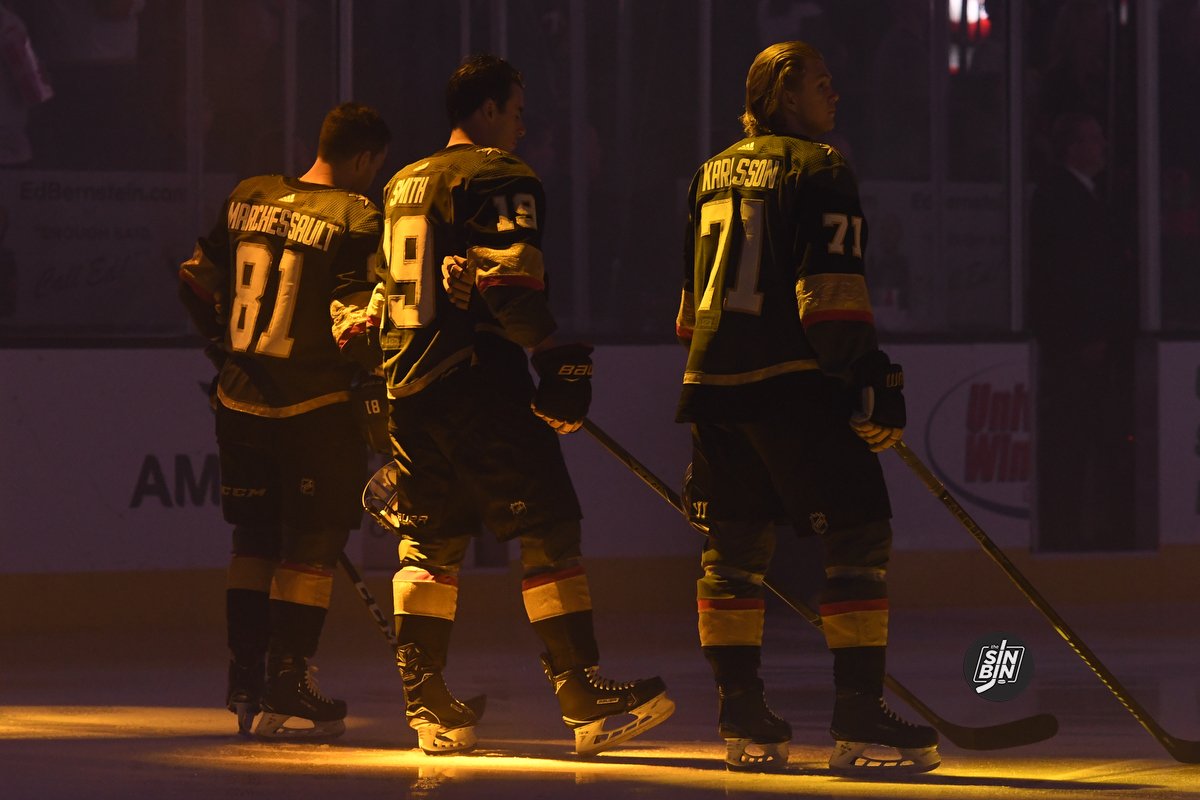 With Jack Eichel’s return to the lineup and Mark Stone’s corresponding absence, the Golden Knights are rolling out a new-look lineup. Here’s how it’s expected to look based on the line combinations from the past few practices.

So, Marchessault is off the Misfit Line, Stephenson has found his way down to the third line, Roy is a winger, and Pacioretty becomes the primary scoring threat with Eichel.

All in all, it’s three brand new lines as part of a plan to analyze a whole host of potential options with the new #1 center in the fold.

Here’s where it gets tricky though. If the team plays well, it’ll be tough to switch them and thus the experiment goes away. But, if they don’t play well, the lasting impression of each individual line may not be a true reflection of how good it can be.

So, as a coach, do you force yourself to give them a chance to stick together?

I don’t know if there is a right answer to that. As a coach, you want to be patient but if we’re generating absolutely nothing, your patience gets tested where you’ve got to try and win a game too. We’ll see how the game goes, hopefully that won’t be an issue. -DeBoer

Because of this, beyond the obvious impact on the standings, it’s of added importance that each individual plays well over this next stretch of games. A single rough performance could force DeBoer to make changes he wasn’t necessarily ready to make, which could impact the long-term success of this team when the games really matter in May and June.

In a perfect world, each set of lines would get a few games together before they are switched around to give the coach as much information as possible before the playoffs. But utopia rarely exists in hockey, and even when it does coaches don’t want to mess with it.

It’s a delicate balance the Golden Knights must walk over the next few months. They need to learn more about Eichel’s fit and how it affects the rest of the lineup so that when they get into the meat of the postseason, they have the answers.

It will require patience, commitment, and most importantly, consistent strong play from everyone in the lineup every night.

Teams Gearing Up For Jack Eichel Era In Vegas