The Creator Opens Up On His Involvement In Trades, Coaching Changes, And More On A St. Louis Based Podcast 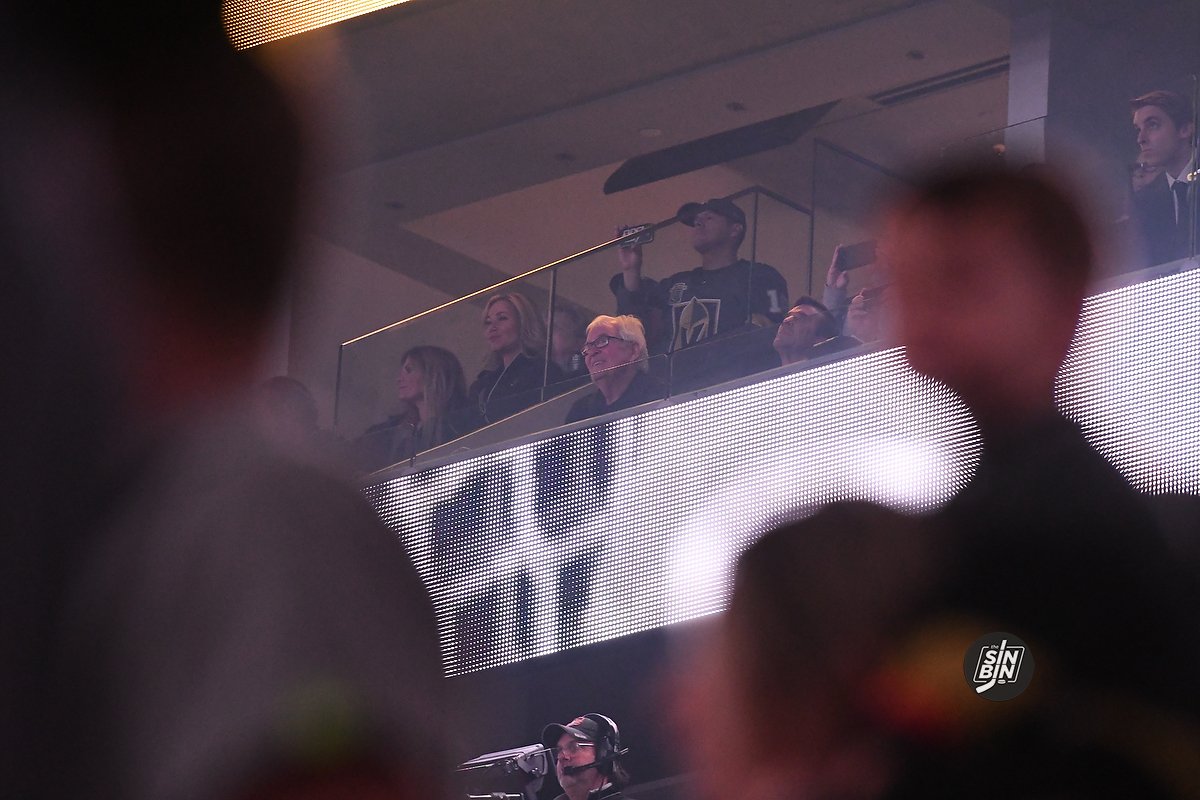 The Golden Knights are fortunate when it comes to ownership. Unlike many NHL cities (see Arizona), the owner in Vegas wants to win and he’ll spare no expense in a pursuit to make it happen.

He said he wanted to make the playoffs by year three and win the Stanley Cup by year six and he’s committed to making that second part happen, seemingly by any means necessary.

He’s constantly around. Watching over practices, sitting in his suite at the games, or hanging out in his office on his fancy computer scouting players on other teams.

The first couple of years I really just listened because I didn’t know the business. Now I’ve learned a little bit more so I’m a little more involved. –The Creator on Cam & Strick Podcast

Appearing on a podcast out of St. Louis, hosted by former NHLer Cam Janssen and local media guy Andy Strickland, The Creator went fairly in-depth not only on his involvement in the Golden Knights but also in his other businesses.

My office is next to Kelly, it’s one down from George. I go to almost all of the amateur scout meetings and all of the pro scout meetings. I’m there for the four or five days before the trade deadline. –The Creator on Cam & Strick Podcast

He continued explaining how his input really ramps up when it comes to trades.

They come to me with their proposals on who to trade, what to do, what we’re going to get, what we’re not going to get. But I try and let the guys in charge, they’ve been delegated the authority and the responsibility to make the decisions. It’s only on maybe trades that I start having some input and I try to be careful about it. If I particularly don’t like one of their ideas I say, ‘I don’t think I can do that, I just don’t know that works for me.’ That’s how I get involved on the hockey side. –The Creator on Cam & Strick Podcast

The Nate Schmidt trade was one he took particularly hard.

I was really worried about (how it would affect the locker room). That was a very difficult decision. Kelly and George convinced me that Petro was going to be a difference-maker for us on our team. Schmidty ended up being the odd-man-out, which really bothered me. –The Creator on Cam & Strick Podcast

Another place he said he’s involved is with the decision on coaching. When asked about the firing of Gerard Gallant, he let out a few interesting nuggets.

It was a collective decision that was made over a period of time. Turk is a great guy. He wasn’t what our particular situation needed to get us to the promised land and it became clear that he was not going to do that for us. He may do that for somebody else though, easily could, cause he’s a genuine person. He’s real basic, a great hockey player, player’s love him, but in our system, what we were trying to create, after about a year and a half or whatever period of time we all knew he wasn’t the right fit. –The Creator on Cam & Strick Podcast

Whether you liked the decision or not, it’s hard to question the commitment to winning the Stanley Cup. He’s not here to sit idly by, which is exactly what any fan should want out of the owner of their favorite team.

When asked about many of his non-hockey businesses, The Creator explained a strategy that we can safely assume relates to hockey as well.

I make mistakes and if I make a mistake I try and understand it, figure it out, and make a change. We don’t allow mediocre performance to persist. We make changes. That’s how I run all of these businesses. –The Creator on Cam & Strick Podcast

I don’t often learn new facts about The Creator. I’ve interviewed him myself on multiple occasions, I haven’t missed an interview he’s done in the last five years, and I’ve dug deep into his background on numerous occasions for stories on this site. But this interview was incredibly enlightening and I learned quite a bit about his upbringing and his life away from the rink.

It’s well worth a listen, as it truly gives a feel for what type of owner the Golden Knights have. One I’m still convinced is as good as it gets in professional sports.

**Here’s the link to the full interview on the Cam & Strick Podcast.**