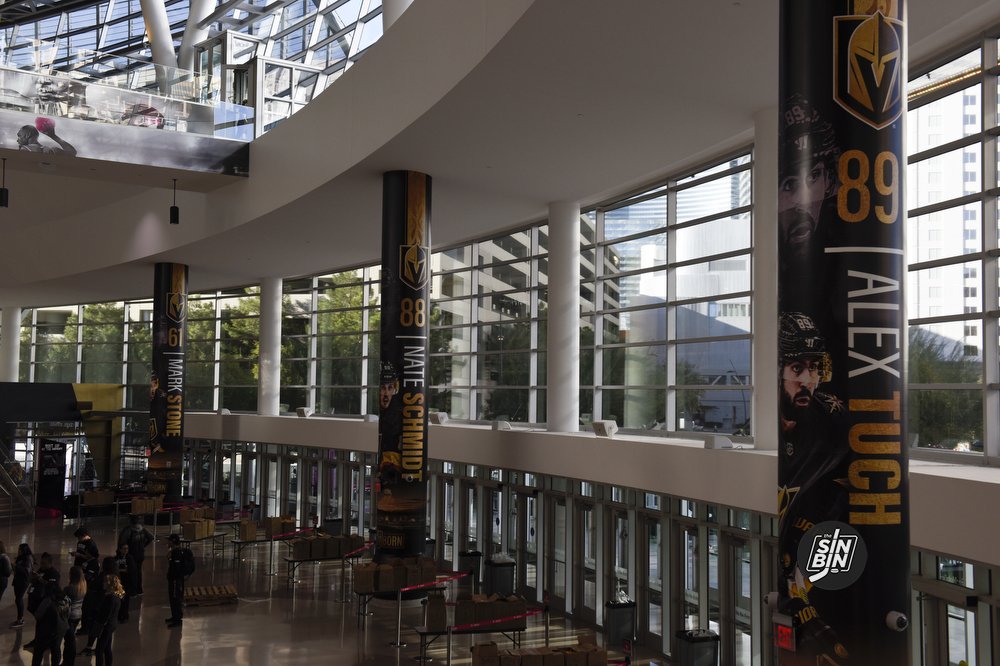 Yesterday the Golden Knights became the 31st team in the NHL to commit to paying arena employees for missed games due to the pause in the season.

The Golden Knights organization, players and Vegas Golden Knights Foundation will combine resources and planning to support those employees who may miss shifts due to the pause in the NHL season and pledge a minimum of $500,000 to these efforts. Leading the player contributions is goaltender Marc-Andre Fleury,who has committed to donating $100,000. -Golden Knights press release

Previously, every other team had made an announcement except the Golden Knights. In a pair of interviews with Vegas Hockey Hotline and JT The Brick, the Creator explained exactly why it took a bit longer for his team to make their announcement.

We wanted to be very specific about what we were doing. A lot of clubs made kind of a general statement. What I personally wanted to do was to make sure we get the money to the people who need it. We’re actually distributing it to the people who work, directly. That way we know they are going to get it. -The Creator on Vegas Hockey Hotline

We wanted to make sure we dealt with this ourselves, directly with the individuals that are working, to get the money from us. We don’t want it going through a third party. We’re making the decision. We know who the people are, we’re just getting our list together. -The Creator on Fox Sports Radio with JT The Brick

The tricky part in the Golden Knights situation is that employees at T-Mobile Arena work for a variety of employers. Many work for MGM. Others work for Levy, the company that handles food and beverage in the arena. Ushers work for a company called WeServe, and there are a few other third party companies involved as well.

So, The Creator says he wanted to take the middlemen out of the process to avoid any situations where the money would be dealt with in an unsavory manner.

The next step, The Creator says, is to wait and see exactly how the league proceeds.

First, we’ll see if the games are actually canceled. If they get played, obviously people will be working… and we’ll know sometime in the next 30 to 45 days what the schedule is going to be. -The Creator on Fox Sports Radio with JT The Brick

Throughout both radio conversations, there was an air of optimism in The Creator’s voice. He truly seems to believe that the league will return, the playoffs will be played, and the Stanley Cup will be awarded.

I know the commissioner is completely dedicated to having a Stanley Cup playoff series in one form or another. If we can get to the point where we can have playoff series, even if some of them are not in front of fans, I’d have to be in favor of it. Let’s get on with it. -The Creator on Vegas Hockey Hotline

And he believes if and when this does happen, his team is in a great spot to win the Cup.