In the middle of a random night 34 months ago I woke up with a realization. For whatever reason, that night it hit me that the NHL was probably coming to Las Vegas. At that time, I was a frustrated radio producer trying to find my way into sports media, the career I’ve wanted to pursue since I was 10 years old after coming to the conclusion I’d never be a professional athlete.

I sat up in my bed and thought, what will my role be in the first major sports franchise coming to the only city I’ve ever proudly called my home? The short answer was nothing, and that wasn’t okay with me. At that moment, the idea for SinBin.vegas was born.

The next morning I brought the idea to Jason, the closest friend I had in town, my radio co-host, and the biggest hockey fan I’ve ever known. I don’t remember his exact words, but the response to the idea was luke-warm at best. I tried to explain the master plan of how we could get press passes and cover the team without the boundaries of traditional media holding us back. We could do it our way I told him. This is where I do remember his exact words, he said, “but who the heck is going to read it?”

He had a point (which is rare), I’ll never forget it, and it’s why on the night that concludes the first chapter of the Vegas Golden Knights story, I want to say thank you.

Thank you to each and every person who has ever visited this site, listened to our podcasts, or interacted with us virtually or in real life. Without all of you, we would not have been able to have had the countless unbelievable experiences we’ve had over the past three years. 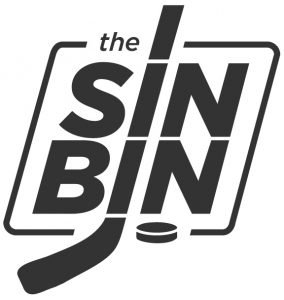 Thank you SinBinners, we love ya.

We are allowed into the games because of you.

We talk to the players, coaches, management, and the owner because of you.

We’ve been there every step of the way, from before the awarding of the franchise to the Stanley Cup Final, because of you.

Thank you for making SinBin.vegas legitimate and thank you for allowing us to do what we love.