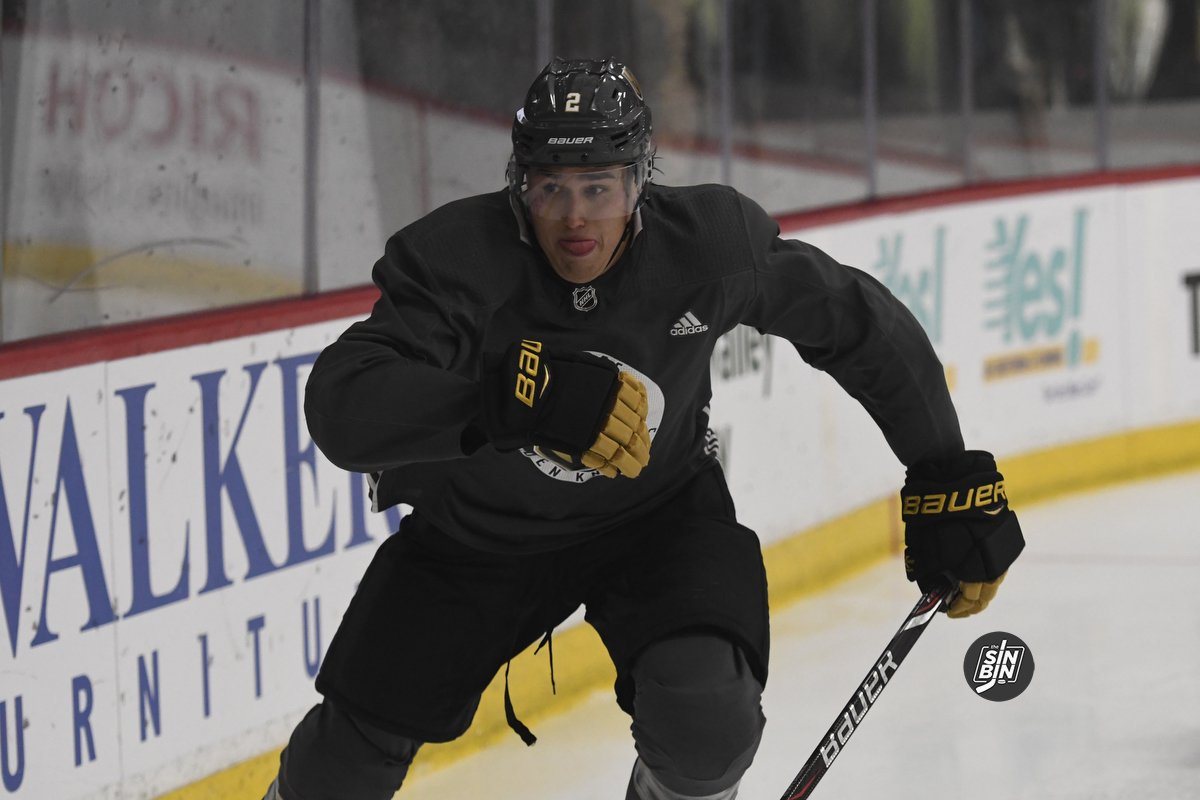 Since becoming a part of the Golden Knights organization, a plethora of rookie defensemen have gone through a lot preparing for their moment. Development camps, training camps, preseason games, and an AHL regular and postseason, it’s all been done to develop them to pass the test when the time comes.

For Zach Whitecloud, he’s been studying for this training camp to win this open job since the moment he signed his contract with the Golden Knights.

During the broadcast of one of the rookie games in Irvine, VGK Insider Gary Lawless told the story of the first time Whitecloud attended a game as a member of the Golden Knights. He sat in the press box as a healthy scratch and before the game began asked Gary for a piece of paper and a pen. Over the course of the next two hours, Whitecloud went on to fill up both sides of that sheet with an abundance of notes.

I wanted to make sure I was taking notes of what the defensemen were doing, what the different calls were, where forwards would be in what spots, just in case if I were to be put into a game in an emergency situation I knew where I could put pucks because I hadn’t gotten my reps. -Whitecloud

He was literally acting like he was sitting in a college lecture, writing down notes so he could prepare for the upcoming test. Since then, he’s played in an NHL game, he’s gone through a full professional season in the organization, and he’s back for training camp looking to take the leap he’s dreamed of since he first put on hockey skates, to become a full-time NHL player.

Last year coming in it was my first full camp with the team and going through that process and navigating that was a learning experience. -Whitecloud

This year, he’s no longer here to learn.

One problem. Nic Hague, Dylan Coghlan, Jake Bischoff, and Jimmy Schuldt have all been studying for the test too.

We’ve had a good team for two years and young kids are knocking on the door. But until they’re ready to make the team, we’ll see what happens. It’s tough because there are four or five of those kids that are close, but there aren’t many spots. -Gerard Gallant

Whitecloud showed out well in the first preseason game, as did Coghlan and to a lesser degree Schuldt. In Irvine, Whitecloud was a rock the entire tournament while Coghlan and Hague put up the offensive numbers.

There are six preseason games left, but likely only four for these five guys to prove themselves as Gallant said he wants his full team installed by the final two. Every game, every period, every shift, even every time they touch the puck both in the games and in camp is another chance to show how much they’ve learned and how ready they are for the NHL.

At least one is going to ace the test and be in the building at T-Mobile Arena on October 2nd. The other three or four will head back to the “classroom,” which is not a place any of them want to be.