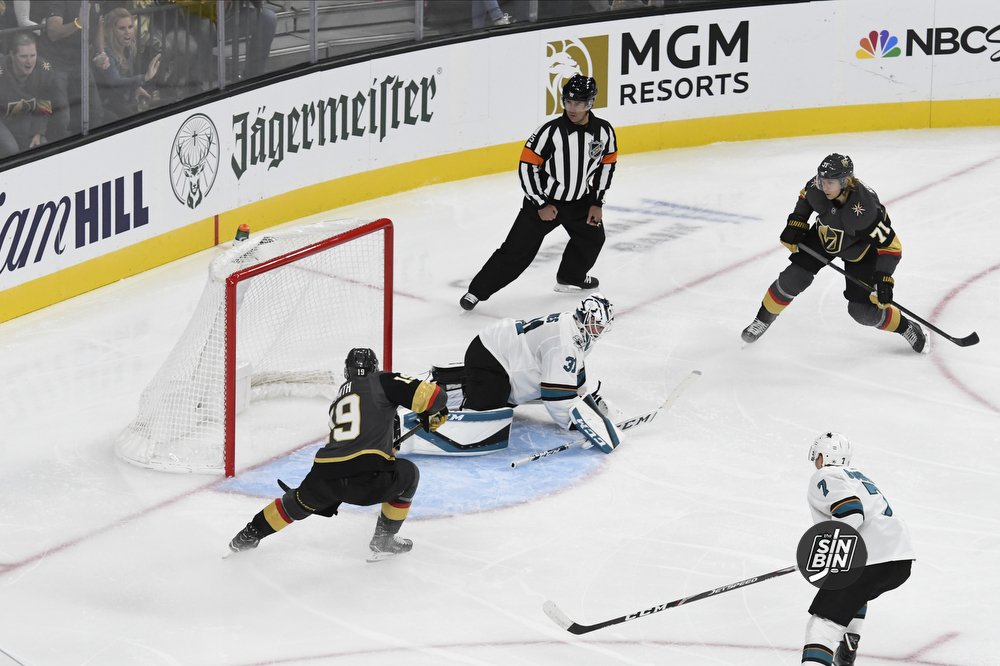 Through six games, the Golden Knights top line of Jonathan Marchessault, William Karlsson, and Reilly Smith have six goals and nine assists. They’ve taken 54 shots and tallied a +5 between the three of them with each of the three averaging around 17 minutes of ice-time per night.

All of these numbers are good and well, but they don’t scream dominant. They aren’t scoring at an outrageous pace, they’ve allowed four goals while on the ice together (which is a lot for them in six games), and I’ve even heard discussions around Golden Knights media and fans asking what’s wrong with them.

There’s absolutely nothing wrong with that line at the moment. In fact, they’ve been so good, that you can point directly to their success as to why the second and fourth lines have been scoring so much this season.

It starts with who the Vegas top line is playing against. Last night Marchessault, Karlsson, and Smith spent half their night against the Kings top line (Brown, Kopitar, and Iafallo) and the other half against LA’s second line (Toffoli, Carter, and Lizotte). In all of the previous games, literally all five of them, Vegas’ top line took more minutes against the opposing top line than any other line.

What this does is allows the Golden Knights other top line of Stone, Stastny/Glass, and Pacioretty to feast on opposition’s second and third lines. Thus far, in the four even-strength goals scored by Vegas’ “second” line, just one has come against the other team’s top line. Plus, they’ve drawn four penalties, all against non-first lines.

Even more than who they play against though is where they play against them, and how that sets up the next line. In six games, Marchessault, Karlsson, and Smith have posted a 63.7% Corsi (79 shot attempts for, 45 against). They’ve created 41 scoring chances while allowing just 19 (68.3% SCF). And their expected goals for is 4.11 while expected goals against is just 1.44 (74.1% xGF).

Yet, through all of it, they’ve scored four and allowed four. That’s because their PDO is so incredibly brutal through six games. 92.4 is the Vegas PDO number with the top line on the ice, mainly due to the abysmal .833 save percentage that’s been posted with them out there.

What it all means is that the Golden Knights top line spends most of their shifts in the offensive zone, creating heaps of scoring chances, and they aren’t even being rewarded for it… yet. Their PDO won’t stay in the low 90’s for long, which means goals are coming for that line, and probably soon.

Finally, how Marchessault, Karlsson, and Smith exit the ice and where the puck is when they’ve done it has been incredibly influential on the rest of the team’s success. Of the 11 even-strength goals the Golden Knights have scored when the top line is not on the ice, at least one of Marchessault, Karlsson, or Smith took the shift directly before the Vegas goal in seven of them. When you add in the four they were on the ice for, that’s 11 of the 15 goals they have either been on the ice or have just left when the goal was scored. Meaning, 73% of the team’s goals have been directly impacted by their shifts.

To summarize, Marchessault, Karlsson, and Smith are good.

(Yep, really just made you read an entire article to tell you something you probably figured out 2 years ago. You are very welcome.)