On January 26th, 2016, Jack Eichel scored his second goal of the night in a game against the Ottawa Senators. Dan Dunleavy, the radio play-by-play announcer for the Sabres called the action by saying, “Jack Eichel’s second of the game, and the Eichel Tower has put the Buffalo Sabres on top 3-2.”

A 7-year-old Sabres fan from Nashville, TN heard who was watching that game heard the call, looked at his Dad, and said “we should build an Eichel Tower.” So, they did. 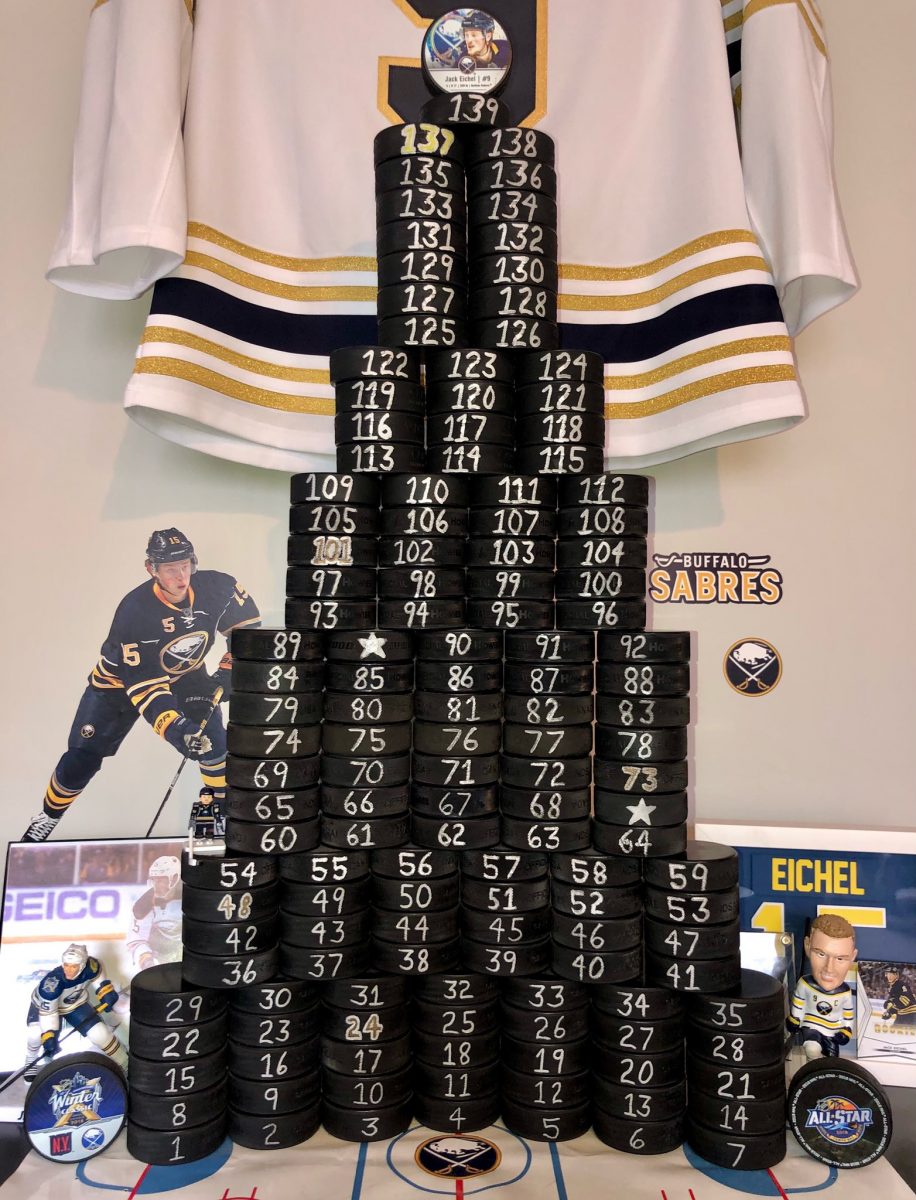 Every time Jack scored a goal, the father and son would take a puck and add it to a tower of pucks that became known as the Eichel Tower. The Tower began with just 15 pucks, one for every goal Eichel had scored to that point in his career. Six years later, the Tower has grown rapidly to 139 pucks.

The Tower has been featured on the local news in Buffalo, there have been videos made about it by the Sabres, and even the man himself, Jack Eichel, learned about its existence and the story behind it when he met C.J. Gworek just a year after the Eichel Tower came into existence.

For six years, C.J. and his father John have religiously kept building the Eichel Tower and simultaneously running a Twitter account (@EichelTower615) to document the progress.

Then… the trade. Eichel’s time in Buffalo had come to an end.

The Vegas Golden Knights acquired Jack Eichel and SinBin.vegas acquired the privilege of continuing the construction of the Eichel Tower.

The Tower was mailed to Las Vegas and the honor of adding the next puck will go to the 5-year-old son of a co-founder of this site, Jason Pothier Jr.

We have launched a new Twitter profile (@EichelTower702) to continue chronicling the Eichel Tower’s growth as Jack continues his career in Las Vegas. Please follow along as we continue a tradition six years and 139 goals in the making.