Welcome to GM For A Day, the second in a pair of articles in which the founders of SinBin.vegas take control of the Vegas Golden Knights and reshape the team in a way we each believe will bring the Stanley Cup to Las Vegas.

These articles are NOT meant to be taken as a prediction as to what we believe is going to happen this offseason. This is what we would do, not what we think the Golden Knights will do (that article is coming tomorrow). 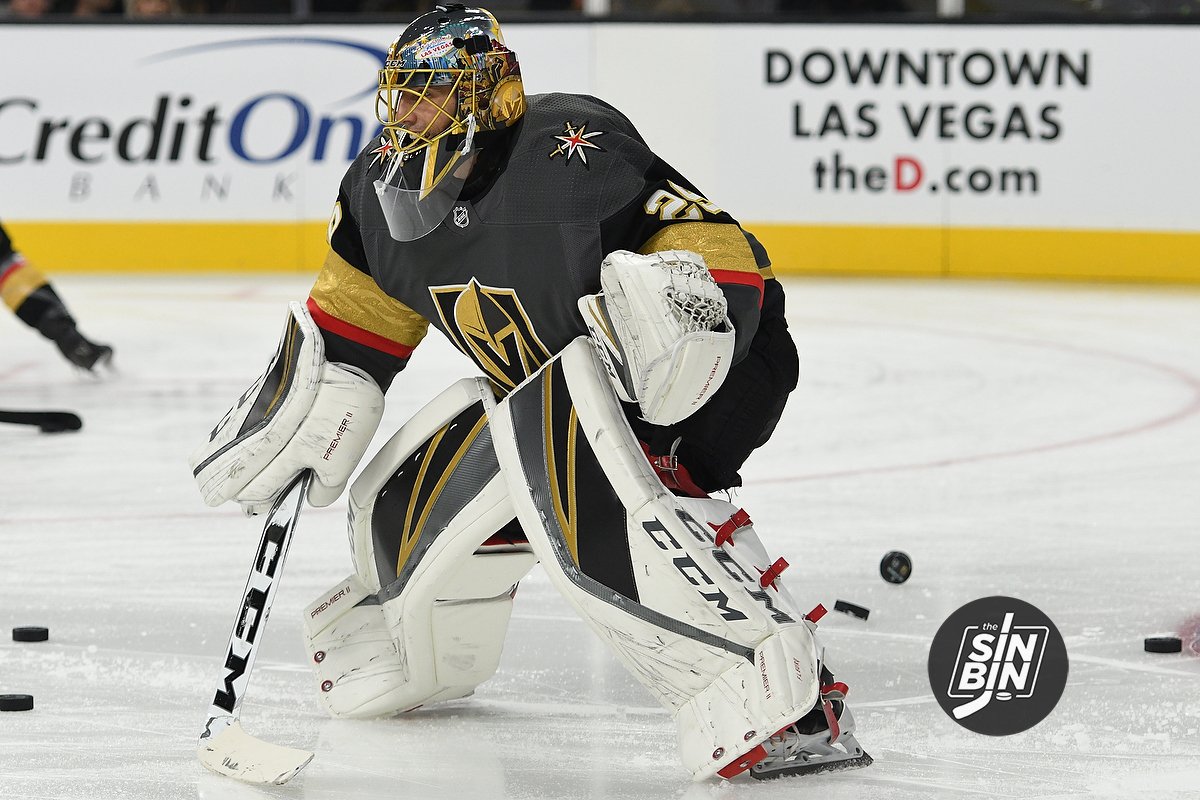 In a flat cap world, there’s no way I can continue to allocate $12M in goaltending. As general manager, I would entertain every inquiry coming in from opposing front offices. In the long run, the NHL is a cold, hard business and it wouldn’t be a secret that I’m looking to move a goaltender. I understand that it could hurt my negotiations but in the end I’m trying to move money and build some depth.

There are contending teams with issues in net and one that could use a steady tender like Fleury is the Toronto Maple Leafs. The Leafs are loaded with talent but consistently underachieve in the playoffs. Adding a leader that just so happens to be the Vezina winner would be a big confidence boost for a franchise that hasn’t been to the Stanley Cup Finals since 1967.

To make it work I asked for center Alex Kerfoot ($3.5M x 2) to help my club down the middle. I considered asking for defenseman Morgan Reilly but he’s on an expiring contract with an AAV of $5M. At that rate, I would find a way to re-sign Alec Martinez. At a $3.5M AAV Kerfoot isn’t exactly cheap, but he’s only locked in for two more seasons. Personally, I don’t love the trade, but it was necessary. It gave me agita dealing Fleury over last season’s mismanagement. Finally fixing the roster to pay just one one starting goaltender allows for much-needed cap relief, a solid third line center and a future draft asset we can use as capital at the deadline.