The Detroit Pick; Why, Who, What’s Next?

It’s the one that jumped off the page the most of the 30 Expansion Draft selections. The Detroit Red Wings surprised the hockey world when they opted to protect Jimmy Howard over Petr Mrazek. They also had players like Luke Glendening, Darren Helm, and prospect Xavier Ouellet that appeared to make sense.

But all along, at least since Sunday morning when we saw the lists, the pick that made sense, whether Vegas was to keep the player or not was Mrazek. The 25-year old goalie who is an RFA at the end of this season appeared to be the perfect Expansion Draft pick, or flip. But then, the pick came, and McPhee says…

Undrafted, on an entry level contract that falls off at the end of the season, and has only played 17 games in his NHL career. So the question is, throw away pick, or superstar in the making?

Nosek, 24, has only 17 games of NHL experience but impressed the Red Wings during an 11-game stint this season. He had just one point (a goal), but he used his big body (6-3, 210) to drive to the net and go the hard areas of the ice. He also is strong defensively and a good penalty killer. -Ansar Khan, MLive.com 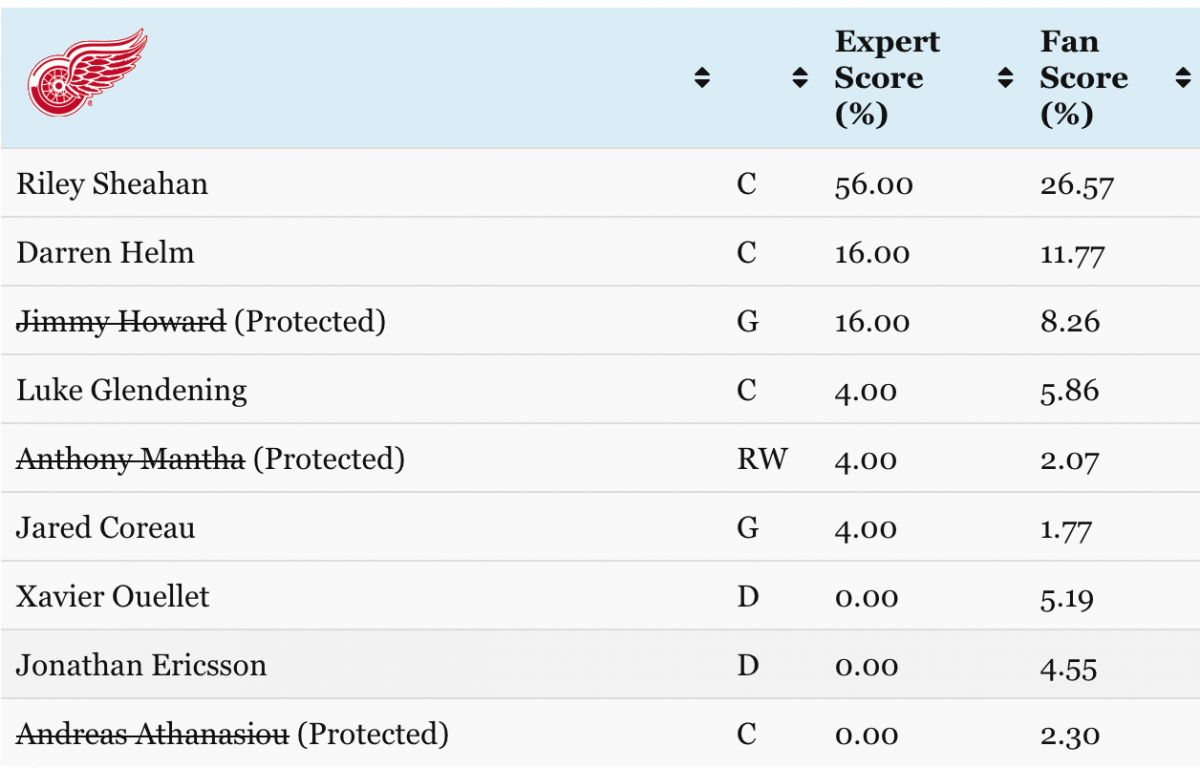 But before you even start to consider what Nosek may or may not become, we have to figure out what was wrong with Mrazek. He was clearly outplayed all season by Howard, and there was a growing thought that he has an “attitude problem.” Obviously, McPhee did not want him, and the dwindling goalie market (which ended up being completely non-existent) made it so that he couldn’t be used as a trade chip.