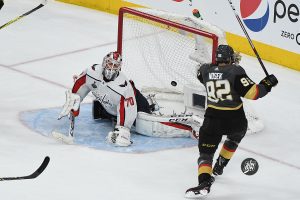 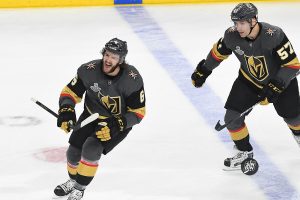 END_OF_DOCUMENT_TOKEN_TO_BE_REPLACED

If the Vegas Golden Knights are to keep the promise of making the playoffs by year three and winning the Stanley Cup in year six a lot is going to have to go right.

They’ll have to draft incredibly well, starting with the three first round picks they selected in Chicago in late June. They’ll have to have found a few diamonds in the rough in the Expansion Draft, and they’ll probably have to make a few shrew moves in free agency and/or fleece a team or two in trades.

It’s a lot to ask, and it’s understandable for Golden Knights fans to be skeptical. Any person can look down the list of free agents, take a look at recent trade history, and even look at the Entry Draft outside of the top pick and say, there’s just not enough there to take a team from good to great, and certainly not anything on the market to take a team from great to elite. So it’s going to take something special to make the mantra a reality.

But there is one way that George McPhee could strike it rich without using the draft, unrestricted free agency, or fleecing someone in a trade, and it’s something that’s been widely unused in the NHL over the past decade.

One thing a few different NHL executives agree on: Offer sheets are coming. Cam Fowler, Martin Jones, Marc-Edouard Vlasic and (Carey) Price are gone from next year’s unrestricted class. “There simply are not enough impact players available in free agency,” one said. “If you need to improve your team — and fast — it’s going to be your best option.” –Elliotte Friedman, Sportsnet.ca

Offer sheets means, restricted free agency, a market untapped since 2013, and one that hasn’t seen a player change teams since 2007. First, let’s explain how it works, and why teams have been so reluctant in the past.

Most fans are used to unrestricted free agency (UFA), where a player is free to sign wherever he wishes. Teams make offers, he picks the best one for him, and he becomes a member of the new team. The old team gets nothing in return.

Restricted free agency is much different. When a player is an RFA his rights are still technically owned by his current team. There are plenty of options of how the players next contract will be agreed upon, but that’s for another day. In restricted free agency, other teams are able to make an offer to a player, and essentially steal him away. Let me explain using a current example in RFA from the Toronto Maple Leafs, Connor Brown. (He’s good, and young, and the Golden Knights would love to have him, but don’t worry about that right now)