If Nolan Patrick’s A Golden Knight, It’ll Be For Good Reason

Since the signing of Reid Duke, the entire Golden Knights fan base have been playing make-believe GM. The dream transaction almost every armchair general manager (including myself) wants to make, is drafting top rated prospect Nolan Patrick. By now, we’re all aware Nolan and Duke play together in Brandon, Manitoba. Patrick is currently projected first or second in most analysts mock drafts. Duke, who becomes the Golden Knights first signed player could also become the team’s first player ambassador.

Of course, we can’t expect Kelly McCrimmon to exchange all of his Brandon currency for Vegas gold but his influence could help. If he believes Patrick is worth trading future assets for, I’m sure his boss will listen. George McPhee wouldn’t just trade up for a splash, but we have to imagine McCrimmon’s opinion is heavily valued by the GM. Conspiracy nuts like myself and Alex Jones expect lottery shenanigans leading to Vegas magically getting the first pick, but the possibility of drafting four to six is real if the odds are legit.

McPhee will be having very serious conversations with all 30 GMs in the near future so he’ll know (he might already) what the price of moving up will be. Analysts like Craig Button and Bob McKenzie are both down on this year’s draft but that doesn’t mean a team will make trade-swapping easy on Vegas.

Now that we know the situation, we have to ask the obvious question, is trading up for Nolan Patrick is even worth it? The projected number one pick’s numbers are silly over the past three plus seasons in Brandon. In 28 games this season, the right-handed center has 42 points. Last year he posted 102 points in 72 games with a rating of +51. Out of Patrick’s 18 goals this season only a few are assisted by Duke. While both centers play many shifts on separate lines, they continuously show up together on Brandon’s lethal power play unit. The Wheat Kings are in the top half of the WHL, scoring 64 PP goals this season. Teaming up on special teams in Vegas could be one reason to reunite Duke and Patrick.

END_OF_DOCUMENT_TOKEN_TO_BE_REPLACED

The first player in franchise history, Reid Duke, was kind enough to lend us a few minutes to talk about his historic signing with the Vegas Golden Knights. The interview aired live on KXNT Radio as I (Ken Boehlke) filled in as the host of The Alan Stock Show.

Reid and I talked about his decision to come to Vegas, playing with Nolan Patrick, the media tour he’s been on, and played a quick game of trivia.

All interviews on SinBin.vegas can be set up to automatically download on the device of your choice by subscribing on iTunes or Stitcher. (That’s the fancy way of saying, click the word iTunes or Stitcher and subscribe.)

The Vegas Golden Knights have their very first player, his name is Reid Duke, and he’s just as excited as his new fanbase. The 21-year-old is currently on a whirlwind media tour that started with yesterday’s hour long media call, he joined a host of radio shows including our friends Tyler Bischoff and Coach Jim Bolla (interview begins at 39:15), and will join Ken today at 5pm on KXNT. The Brandon Wheat King forward spoke like an old pro, spitting back mature responses to the various questions we threw out at him. Now we know his age, his stats, his contract, but what should we expect from Duke on the ice with the Golden Knights?

Most hockey analysts immediately praised GM George McPhee on his first player acquisition. From all accounts the Wheat King had been scouted by many clubs over the past five seasons. Two-way forwards are incredibly valuable to an NHL team and could be one reason Vegas targeted Duke. During yesterday’s call, the young forward stressed the importance of becoming an effective all-around type player.

Friend of the site and Brandon Sun reporter Perry Bergson, covers the Wheat Kings and has seen Duke play on a consistent basis. The Sun reporter emailed me a few notes on Duke. Bergson was fair on his assessment giving positives and some negatives… but to appease Ken’s ridiculous expectations (he’s being sarcastic, relax) we will hold the negatives till later.

He’s a good player. He has a terrific toe drag and shot. He’s a thick kid who plays a heavy game. Very personable and mature. -Perry Bergson, Brandon Sun

Another good indication of Duke’s talent is Assistant GM McCrimmon’s desire to acquire him… again. In 2014, McCrimmon pulled off a lopsided deal to bring Duke to Brandon. After the trade McCrimmon was ecstatic saying it was “a major trade for our hockey club” and that Brandon picked up “a tremendously-talented forward with an excellent pedigree potential.” McCrimmon yesterday sounded like he’s still as impressed with Duke as he was back in 2014.

END_OF_DOCUMENT_TOKEN_TO_BE_REPLACED 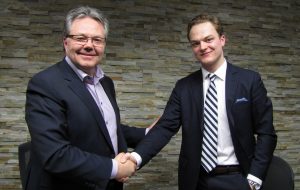 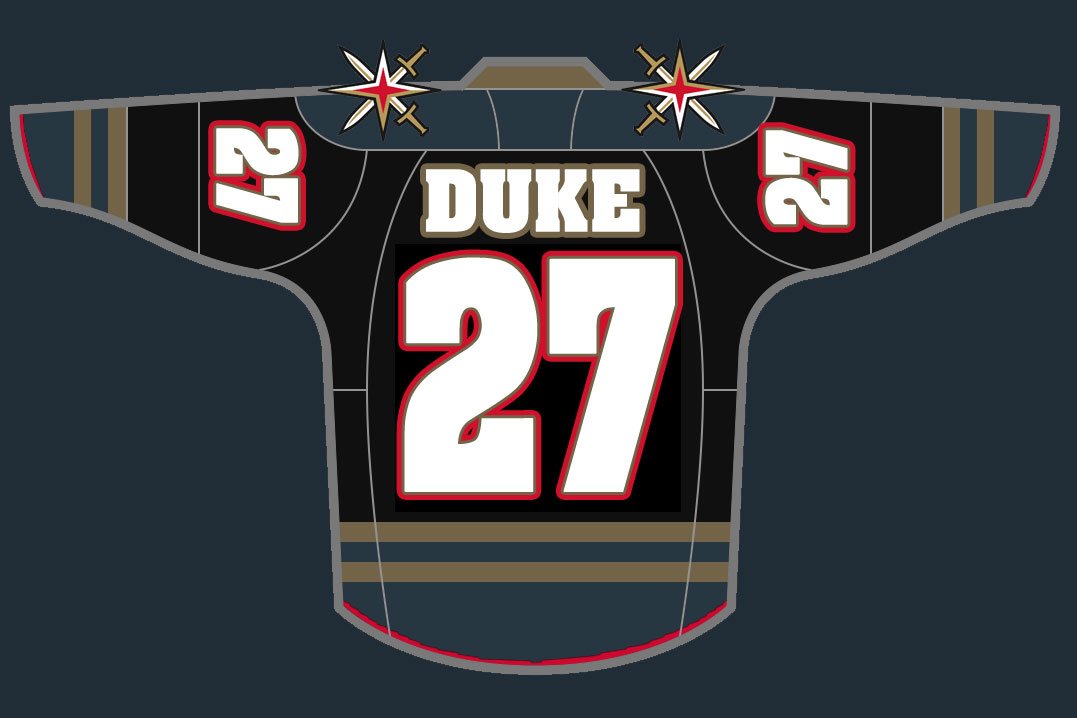