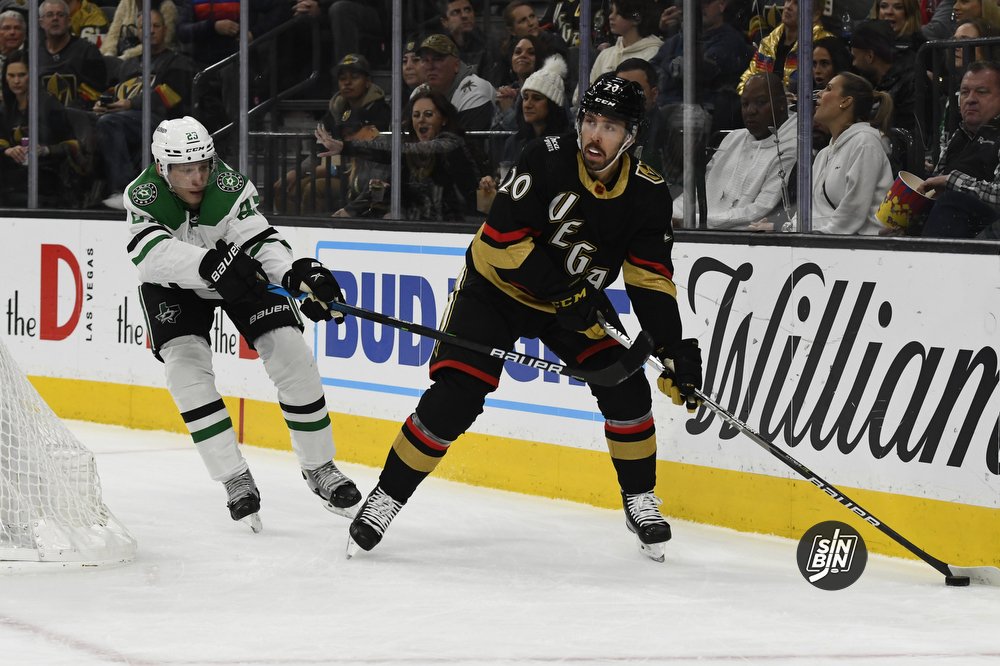 William Carrier is expected to make his return to the lineup tonight after missing the previous five games. He will not, however, find his way back onto his usual line with Nic Roy and Keegan Kolesar. That spot is being filled by another recent returnee, Brett Howden.

Carrier is instead set to play on a line with Chandler Stephenson and Phil Kessel. Not only is this a new line for all three, but no pair of players on the line has played more than one game with each other this season. Stephenson and Kessel played with Michael Amadio a few games ago against the Dallas Stars, aside from that Carrier and Kessel have never been matched, nor have Carrier and Stephenson.

What makes this line interesting is the vastly different usage rates we’ve seen from each player on it. Carrier is tied with Kolesar in taking 29% of their faceoffs in the offensive zone, the fewest of any Golden Knights. Kessel on the other hand leads all forwards in offensive zone draws, seeing 60% of his dead-puck shifts beginning in the O-Zone. Stephenson lands closer to Kessel at 55%, but he has had plenty of games where the majority of his shifts start closer to his own goal, something that cannot be said for Kessel.

Based on previous usage it’s expected that Cassidy deploys the 4th line (Howden-Roy-Kolesar) in the defensive zone quite a bit tonight, it’s also probable he’ll use Eichel, Cotter, and Amadio heavily offensively. The Misfits can do either, but Cassidy has always preferred to try and pull offense out of them when together. So, where does that leave the newly formed 3rd line?

END_OF_DOCUMENT_TOKEN_TO_BE_REPLACED 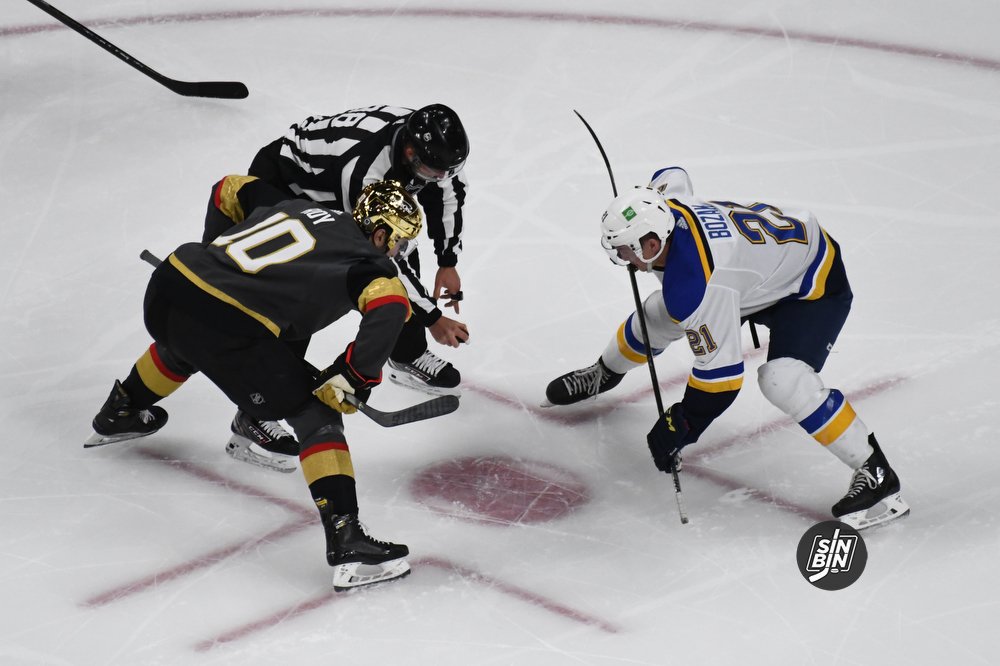 END_OF_DOCUMENT_TOKEN_TO_BE_REPLACED

All Eyes On Kessel After Yandle’s Retirement 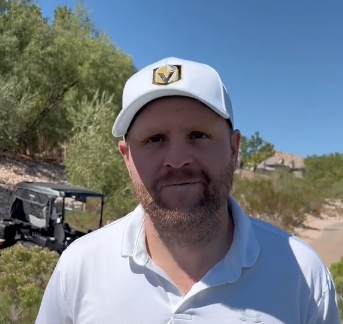 NHL defenseman and current Iron Man Keith Yandle retired yesterday after 17 seasons in the league. The 36-year-old holds the record for playing in the most consecutive games (989) in NHL history. Yandle’s stretch lasted from March 26th 2009 until March 29, 2022. As impressive as his Iron Man streak is, it shouldn’t stand as the record for very long.

Just eight games into the 2022-23 season VGK forward Phil Kessel is expected to break Yandle’s streak. On October 24th, Vegas fans will witness history when Kessel ties the record. The next day in San Jose, the newest Golden Knight should play in his 990th consecutive NHL contest.

What’s interesting about Kessel breaking the record in a Golden Knights sweater is the lack of connection to the fans and the city. The right winger played 982 in other uniforms so we’ll see how the Vegas faithful react when Kessel ties and passes Yandle. They may mimic the night Sharks forward Patrick Marleau broke the record for most NHL games played. Some fans at T-Mobile Arena were excited to see league history unfold, others only cared about the score. Much like Marleau’s record, the Iron Man streak isn’t a Golden Knights franchise accomplishment.

You know it towards the end of the year when you’re signing young guys and getting free agents out of college that they’re gonna give them a chance to play. You’ve got to respect that out of the business side of it, what they’re trying to do here. –Keith Yandle, retired NHL defenseman in April 2022

One reasonable question to ask going into this season is how many games will Cassidy give Kessel to extend his record? There may come a point where the new coach considers scratching the veteran for younger bodies. Assuming Kessel’s performance doesn’t dip, we should expect him in the lineup every night. Especially, if the Golden Knights are struggling offensively.

Back to Philly, there was no doubt Yandle hurt the Flyers performance last season. The Philadelphia Inquirer chronicled moments throughout 2021-22 when the organization could/should have sat the struggling defenseman. When the decision was made to bench and end the Iron Man streak some players were upset with management. Others understood that it was time for the team to come first.

I’ve seen it at different times, where sometimes older players can be sort of jealous. I don’t want to say that they are trying to sabotage the young players, but certainly they feel threatened by them. And Keith has been absolutely nothing but supportive, professional with those guys. –Mike Yeo, former Flyers coach in April 2022

Assuming both sides spoke about the Iron Man streak while they were negotiating a contract, Kessel should have plenty of games to pad his stats. Not only will he break the record early on, but the forward’s next goal will also be his 400th. However, there could come a time that Cassidy will need to re-examine his lineup, especially if the team is off course. We have all heard about the coach’s reputation for putting players in their place so it’ll be interesting how Kessel’s minutes or appearances play out. Hopefully, at that point, the team will approach Kessel and have a conversation about the direction of the club.

Heck, that conversation may never happen if Phil the Thrill is tallying a point a game. Either way, we know the Iron Man-to-be will come ready to play.

Call Me Crazy, But…

Everyone loves a good hot take, so I’m here to provide a few of them using a format I’m borrowing from NFL Network’s Fantasy Live show. First, I’ll give my four predictions, and then I’ll share some of the best ones we got from our Discord server. Then, I want to see some from you all in the comments.

Call me crazy, but Keegan Kolesar will score more goals than Phil Kessel this season

Despite converting at a dismal 7.4% shooting rate, Kolesar still found a way to notch seven goals in his 77 appearances with the Golden Knights last year. He was constantly around the net and showed on multiple occasions he has the talent to score difficult goals. At some point, the floodgates are going to open for him and he’ll start scoring at a much more “normal” rate for NHLers. That would mean somewhere closer to 10%. I’d honestly be a bit surprised if Kolesar doesn’t hit double-digits this year and 15 or so is not out of the question.

Which brings us to the other side of the coin, Kessel. It’s mostly about the situation I expect him to find himself in as the season progresses. I just can’t see a 35-year-old suddenly committing to defense, which will lead to a decrease in minutes for a team trying to win games. He’ll probably end up struggling to get to 10 minutes and night and it wouldn’t shock me at all if he draws out of the lineup from time to time after he breaks the ironman record. His passing will still be there, so I’d suspect he can reach 30 to 40 points, which Kolesar may not, but the goal scoring is not going to jump as much as many believe.

END_OF_DOCUMENT_TOKEN_TO_BE_REPLACED 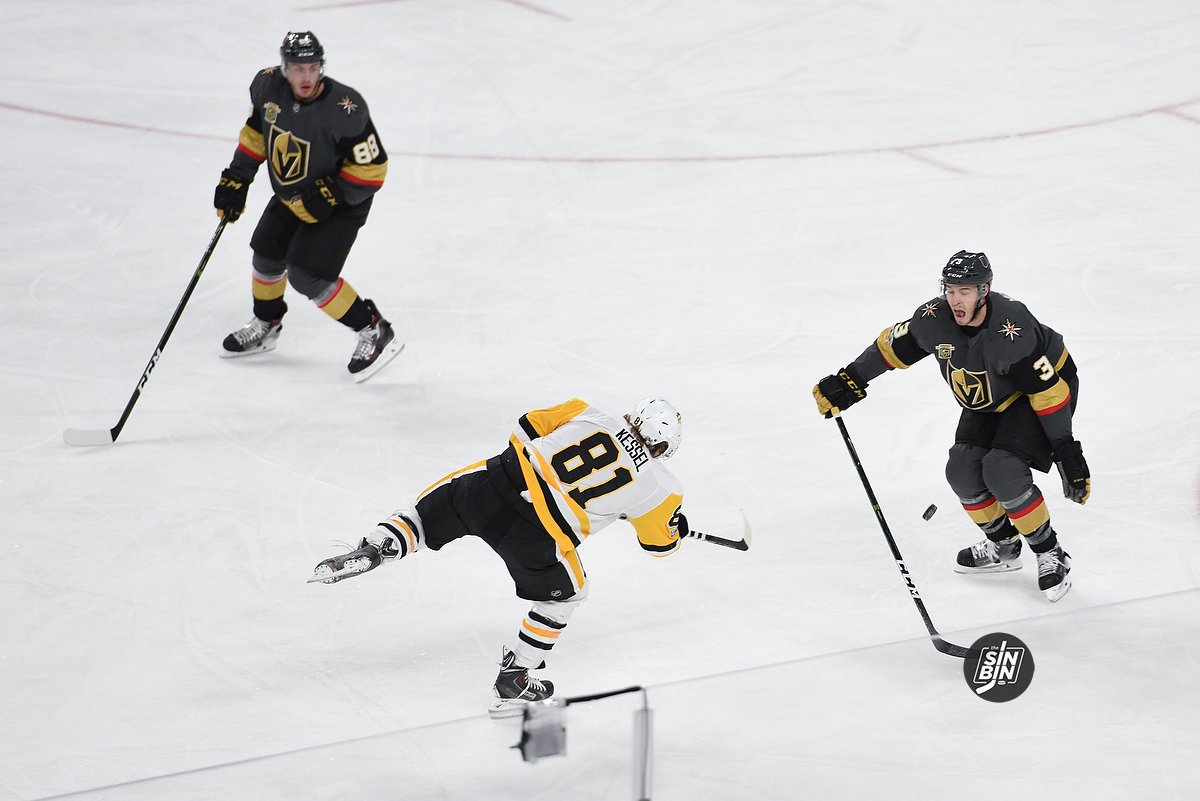 The Golden Knights have inked Phil Kessel to a one-year contract worth $1.5 million.

The forward who is set to turn 35 before the season is coming off a season with the Coyotes in which he scored six goals and added 44 assists.

Kessel is eight games away from setting the NHL’s all-time record for consecutive games played at 990. He would accomplish this feat on October 25th when the Golden Knights travel to San Jose.