As the week comes to a close, we decided to hand the keys to the Porsche (remember when DeBoer called the roster that?) to the man entering his 5th season as an intern at SinBin, Alex Norwood.

Ken and Jason had their turns to put the Golden Knights in a better position for this season and beyond, and now it is my turn to make Vegas a younger and cheaper team that can still compete this year and for years to come. I am not trading Jack Eichel like Ken, I am not keeping as many players as Jason.

Here’s what I would do.

The Red Wings seem like a team that is very close to making their return to the playoffs after a few years of being on the outside looking in. Adding a proven scorer in Max Pacioretty could be the trade that moves the needle in Detroit, which is great for them but this is about the Golden Knights.

Pacioretty is in the final year of his contract which counts $7 million against the cap. He is also going to be 34-years-old during this coming season. Vegas moving on from him solves a few problems. Most importantly, they instantly get cap relief, something that they desperately need. Almost as importantly, they will get younger which should help with the fear of potential injury problems.

As far as moving Nolan Patrick, he was not much of a factor in a Golden Knights uniform, which is unfortunate because it is due to his injury history and his ability as a player. If he is not part of any trade package, he should be a prime candidate to be waived to save a few more dollars. 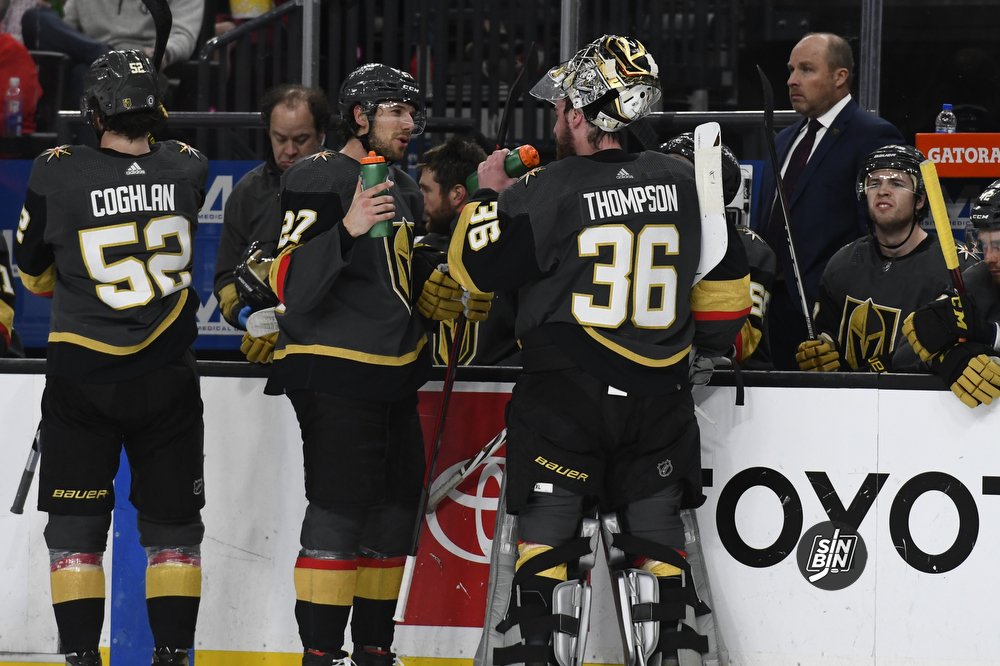 Robin Lehner may very well be a top 10-15 goalie in the NHL. He has proven that before winning the Jennings Trophy twice and being a Vezina Trophy finalist. Unfortunately, his health has failed him in the last couple of seasons. With additions being made later on in this article, Logan Thompson appears to be a viable option for much less money, and Bruce Cassidy implementing a “goalie friendly” system, it makes sense to move on from Lehner and give Thompson the keys to the franchise. It’s up to Thompson to make this move look good, we’ve seen a small sample size of what he can do and there’s nothing showing me he can’t continue his upward trend. This trade is me going all-in on Thompson, not going all-out on Lehner.