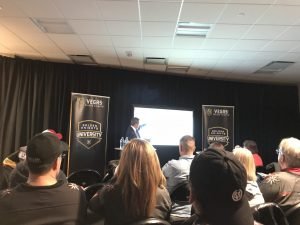 END_OF_DOCUMENT_TOKEN_TO_BE_REPLACED

Hiring Of Donskov Is Beginning Of Analytics In Vegas

Yesterday, Misha Donskov and his bag of hockey metrics was revealed as Director of Hockey Operations. Just last week we asked how much advanced hockey analytics will be used in Las Vegas. Donskov’s hiring suggests a heavy dose.

We’re tracking, internally, everything that we do at each event that we enter with our Program of Excellence. We have a very integrated system and we are tracking every game, every event, with our programs. Not only tracking but measuring and that information is ultimately housed on our internal site. -Donskov

Does that sound like a guy who’s casually using metrics?

There’s a significant amount of time spent on video, on analytics, on watching our opponents’ style of play, structure, player personnel, all that type of thing. It’s tracked, it’s measured and ultimately it’s uploaded to our site. -Donskov

Donskov is the statistics nerd we’ve been waiting to be hired. He essentially designed a database of player analysis based on video and advanced statistics. Puck possession, individual player points, 5 on 5 in close games, are just some stats analyzed by Donskov’s Program of Excellence. It’s widely used by the OHL, NHL, and Hockey Canada, and now he’s bringing this fantastic portal with him to Las Vegas.

END_OF_DOCUMENT_TOKEN_TO_BE_REPLACED 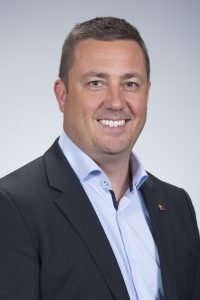