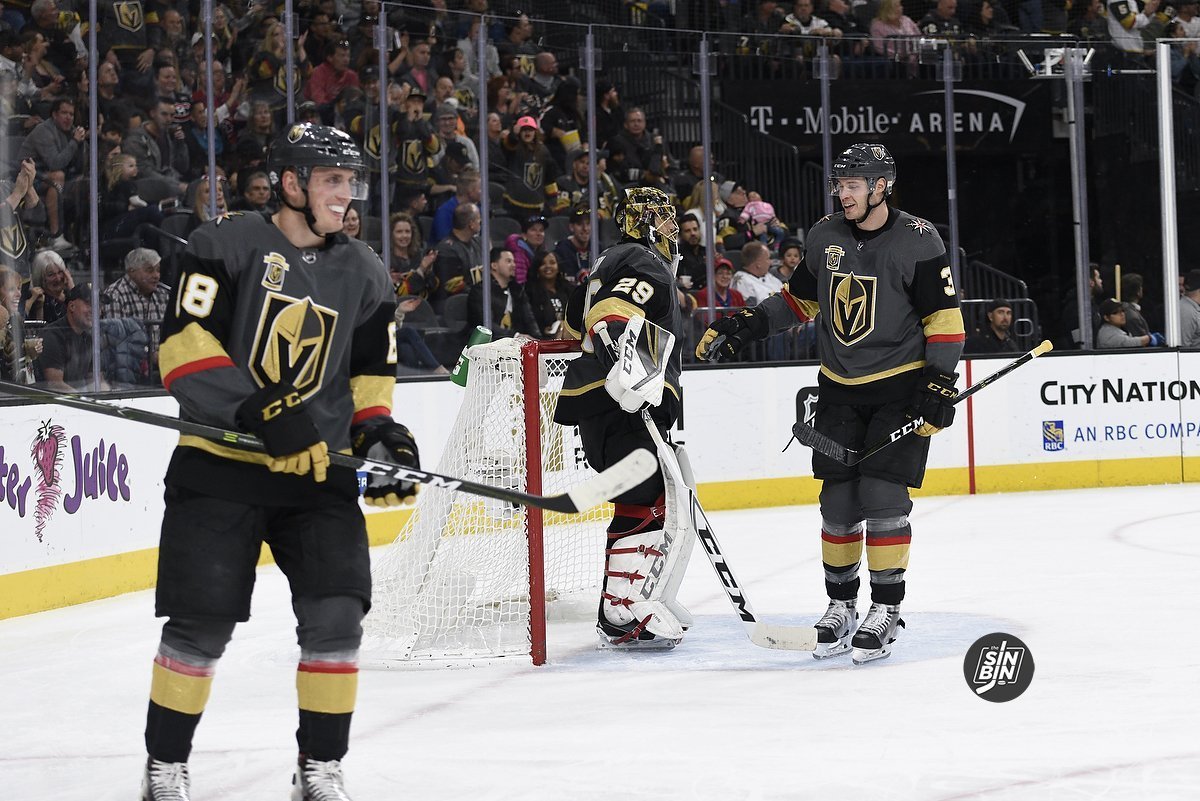 Heading into Thursday’s Halloween game against the Montreal Canadians, it appears the Golden Knights will be at full strength for the first time all season. Nate Schmidt, Alex Tuch, and Malcolm Subban are all back. Deryk Engelland’s “minor tweak” shouldn’t keep him out of the lineup, and despite being sent to the AHL yesterday, Nic Hague, Jake Bischoff, and Nic Roy are all available to the Golden Knights.

So, we figured the best thing to do to illustrate the possible differences would be to ask members of the media to submit their lineup if they were the head coach. Each of the three writers for SinBin.vegas, plus Justin Emerson from the Las Vegas Sun, Ryan Wallis from Fox Sports Radio, and Jesse Granger from The Athletic each sent in their “perfect lineup” with a little explanation as to why they like it that way.

Explanation: First things first, Cody Glass needs to be playing center, so I put him there. Then, that left me with the option of playing Eakin as 4th line center or as a winger. We’ve never seen him as a wing and he’s a terrifically responsible defensive center that would fit well on the 4th line. So, now it’s Reaves, Pirri, or Roy? I liked what I saw from Roy, but it was as a center and for a single game. So, I’ll stick with what we know, and go with Reaves. The final option is who to play on the left wing on the 3rd and 4th lines. The options are Carrier or Nosek. Carrier has flashed when given the chance to show some offense, and with the Golden Knights, he’s never gotten a chance to play with skilled forwards. Nosek has, and he’s been just okay. So, let’s go with Carrier and see what happens.

As for the D, there wasn’t much to choose from. With Schmidt back, he clearly should be with McNabb to make the best pair possible and have them eat up the toughest minutes. Holden and Merrill have been perfectly suitable with each other so I’ll leave that. Which brings us to the only decision, Engelland or a rookie. I like Theodore on the right because it accentuates his offensive talents. Thus, I’m willing to roll the dice and try Hague with Theodore and see if they can hold their own in their own end. PK duties are fine with 88, 22, 15, and 3 with Engelland out of the lineup.

Explanation: I’d like to see what Glass could do as a playmaking center, particularly with a winger like Tuch. I also think as a lefty, Eakin would be better suited to the left wing than either righty on his line. On the fourth line, Nosek has proven to be a terrific defender that can win faceoffs, while Carrier and Roy’s speed can generate offense while still laying the hits that the Golden Knights value. McNabb and Theodore have been strong matching with other team’s top lines, while Merrill and Schmidt could help them against teams with a strong top-six. Holden has been playing well enough to keep in the lineup, while I haven’t seen enough out of Hague or Bischoff to think that right now they are better than the six veteran defensemen that Vegas has.