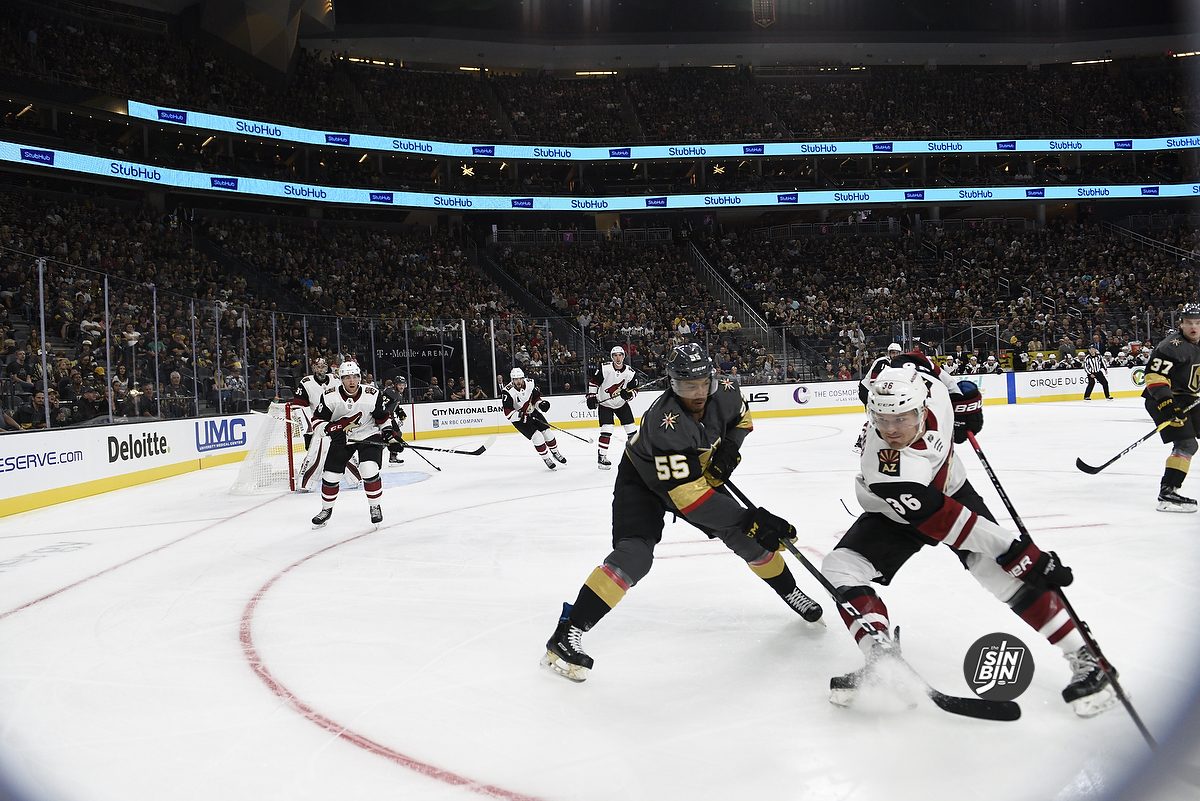 He’s a little different than both Reaves and Carrier, but he’s certainly in the next generation of those type of players. (Photo Credit: SinBin.vegas Photographer Brandon Andreasen)

Down the line, prized possessions like Cody Glass and Erik Brannstrom will be inserted into the lineup and eventually take over as the next generation of Golden Knights stars. But while they continue to develop, other Vegas prospects have other roles to grow into.

Every guy has a different role and a different attribute and physicality is one of mine. Whenever I can be physical and give myself some more room, it creates space for everyone else. Everyone else feels more comfortable out there. -Keegan Kolesar 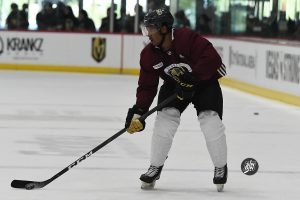 Kolesar’s game feels like a sort of a hybrid of William Carrier and Ryan Reaves. He has a better shot than both Vegas bruisers, and can land just as mean of a hit. In the ECHL, the 21-year-old averaged 0.88 points per game, totaling 16 points (9 Goals, 7 Assists) in 20 games with Quad City. Once Kolesar hit the AHL his PPG dropped significantly and totaled 46 penalty minutes in 44 games.

He has to play that way. He has to be physical and he’s made some nice plays. He has the ability to play with good players and produce offensively. I use him in a lot of different periods of the game, playing on the power-play. He also looks after guys too. -Rocky Thompson, Chicago Wolves Coach

Kolesar already has that protective older brother relationship going on with the 19-year-old Glass and other up and coming Golden Knights.