Fleury To Former GM: “Get Me To Vegas” 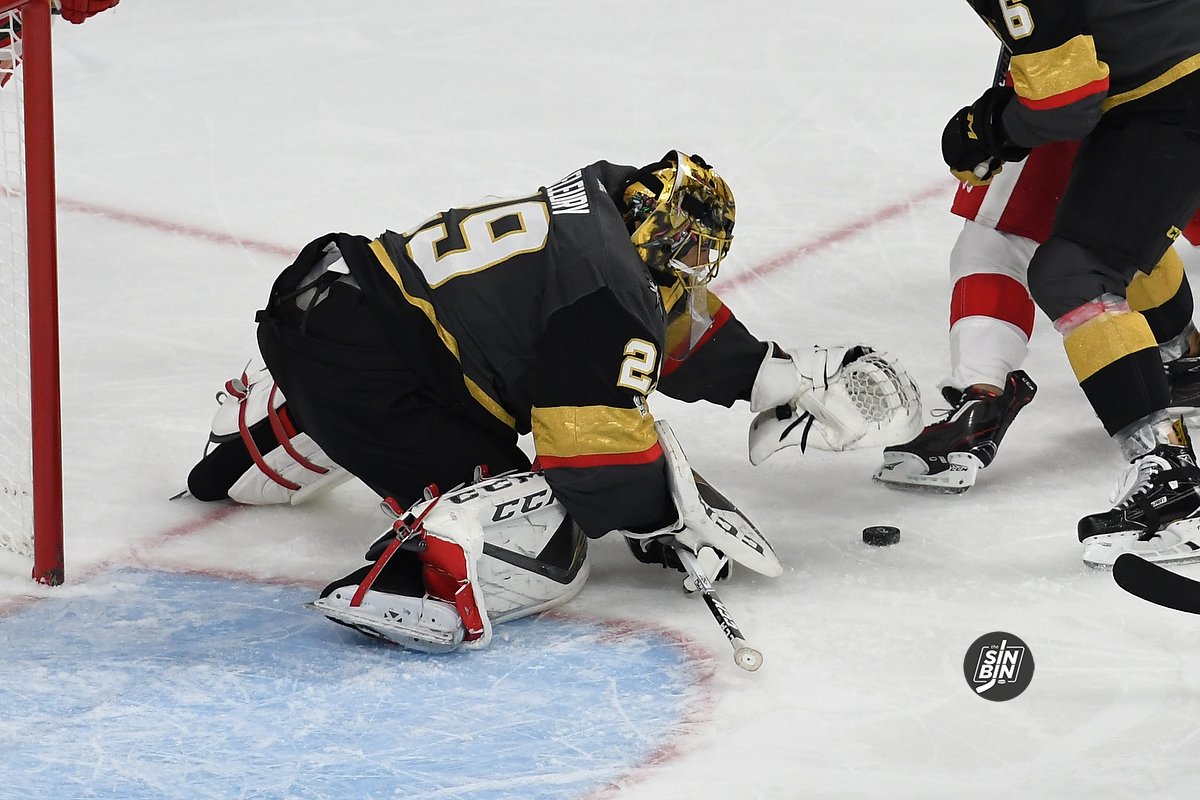 This past offseason most Golden Knights fans thought the face of the franchise would be traded. Based on reports, it almost happened. However, that face, Marc-Andre Fleury, made it known publicly that he desired to stay in Las Vegas and hadn’t asked to be moved. Luckily for the Golden Knights front office, a deal never materialized.

The front office that gifted the Golden Knights with the future Hall of Famer knew long before, that Fleury wanted to resume his career in Las Vegas.

I knew he had lots, lots left in him. In Fleury’s case, when he knew that he was the odd man out he came and met with me and said ‘if there’s any way you can get me to Las Vegas, that’s where I’d like to go.’ So, I made sure I made that happen. I felt like I owed that to him. –Jim Rutherford, former Penguins GM w/ Cam & Strick podcast

Long before his name was called by The Creator in the 2017 NHL Expansion Draft, Fleury was focused on becoming the starting goaltender for the Golden Knights.

After being drafted by Vegas, the 33-year-old, at the time, went on to have one of the best seasons of his career. After losing his starting position in Pittsburgh, the “I’ll show them” motivation factor was high for Fleury. Sort of like what’s happening this season.

I’m emotionally connected to guys that I win a championship with. The Marc-Andre Fleury trade was the hardest one for me, because I love the guy. He’s a special, very special person. –Rutherford, former Penguins GM

Last night’s 1-0 defeat to Minnesota was only Fleury’s fourth of the season. In those four losses, the goaltender allowed eight goals combined. He’s second in the league with a 2.04 GAA in losses, and number one overall with a 1.57 GAA. Win or lose, the numbers show that Fleury keeps his team in the game more than any other goalie in the NHL.

Of course, they’ll be no way to prove it but the handwriting was on the wall for the goaltender and the new franchise. Pittsburgh knew they had to move on, Fleury was aware and the Golden Knights were opportunistic. It was the perfect second marriage, and both parties were excited to form a union of misfits.

I make a lot of trades, I’m not going to get them all right. When I don’t get one right I’m not afraid to say it. I move on. –Rutherford, former Penguins GM

It was set up to be a storybook ending for Fleury in Vegas, but questionable decisions seemed to derail that path, until now. He told Rutherford in 2017, and Golden Knights fans in 2020, the goaltender wanted to be in Vegas and didn’t want to leave Vegas. His performance this season is showing that.

Oh, and make no doubts about it, Fleury has a little motivation to prove them wrong. He didn’t need to but he does nightly.