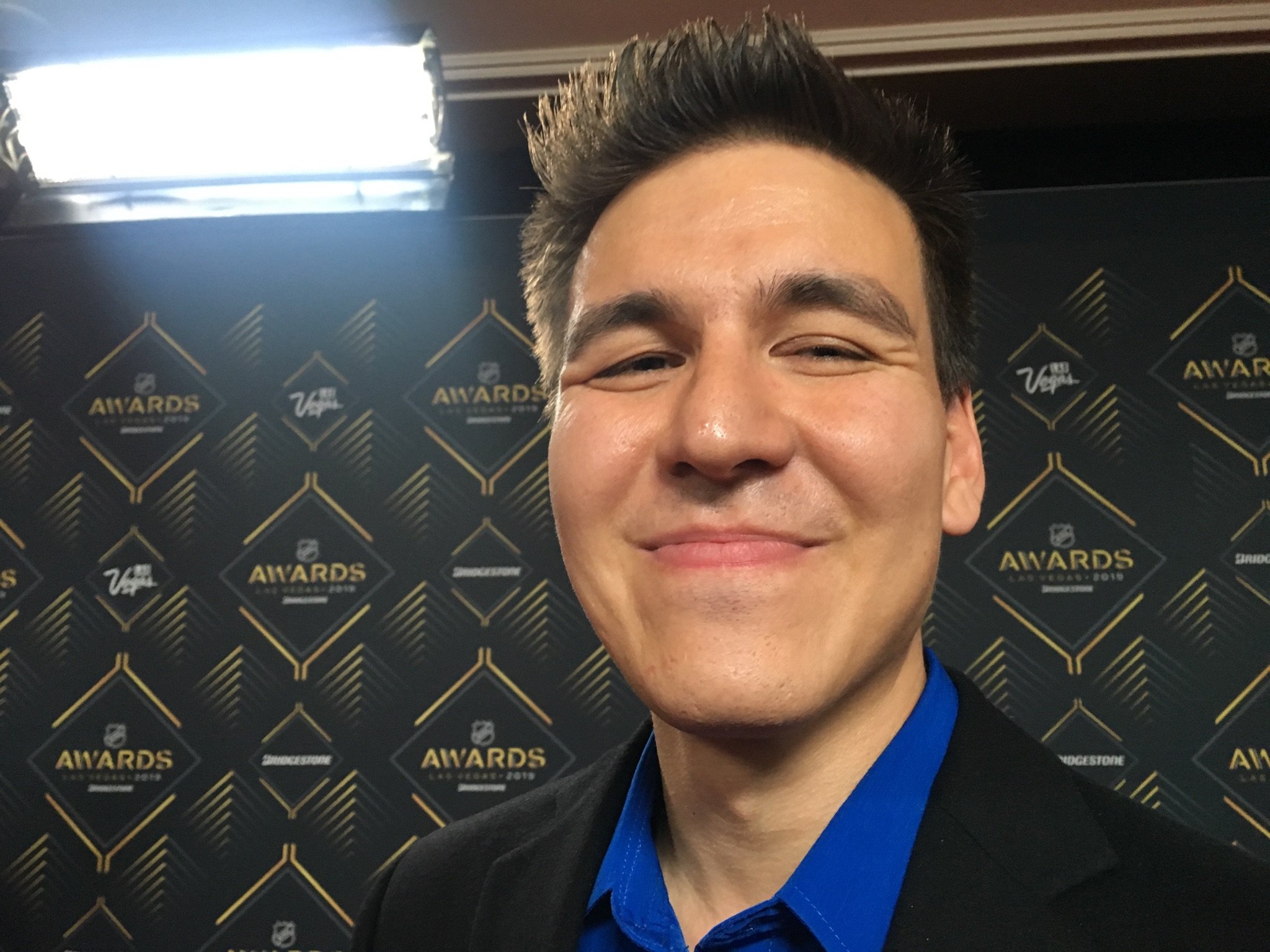 James Holzhauer is a genius. He won 32 games of Jeopardy amassing $2,462,216 worth of prize money. He completely changed the way the game is played with a new strategy of selecting clues as well as betting big on Daily Doubles.

Jeopardy James is also big Golden Knights fan. After moving from Naperville, Illinois, Holzhauer came to Vegas to become a professional sports gambler. Now, he believes he could be of assistance to the Golden Knights front office.

They have access to so much more data than I do. Honestly, my hockey betting models aren’t super sophisticated, but I really think if they brought me on board I could do something for them, I just don’t know what yet. -James Holzhauer

Many baseball executives have said they believe Holzhauer could succeed in the world of baseball analytics, but we’re thinking hockey might be a better option.

The world of hockey analytics is still fairly new and there’s about to be an explosion of data coming to the teams as the NHL introduced puck/player tracking. Holzhauer would be the perfect person to add to the Golden Knights organization to sort through the data and find usable pieces to help make the team better.

I asked Holzhauer how he would solve the Golden Knights cap situation. He passed on the question saying he doesn’t have enough info to know how to help.

I really like the roster they have but hockey is such a random sport you never know what’s going to happen. -Holzhauer

Maybe I’m crazy, or maybe I’m a genius, but if you ask me, the real genius should be around the Golden Knights when the new data is released. If anyone can figure out what to do with it, it’s him, and it might be the next secret weapon for a team that seems to turn everything they touch to gold.