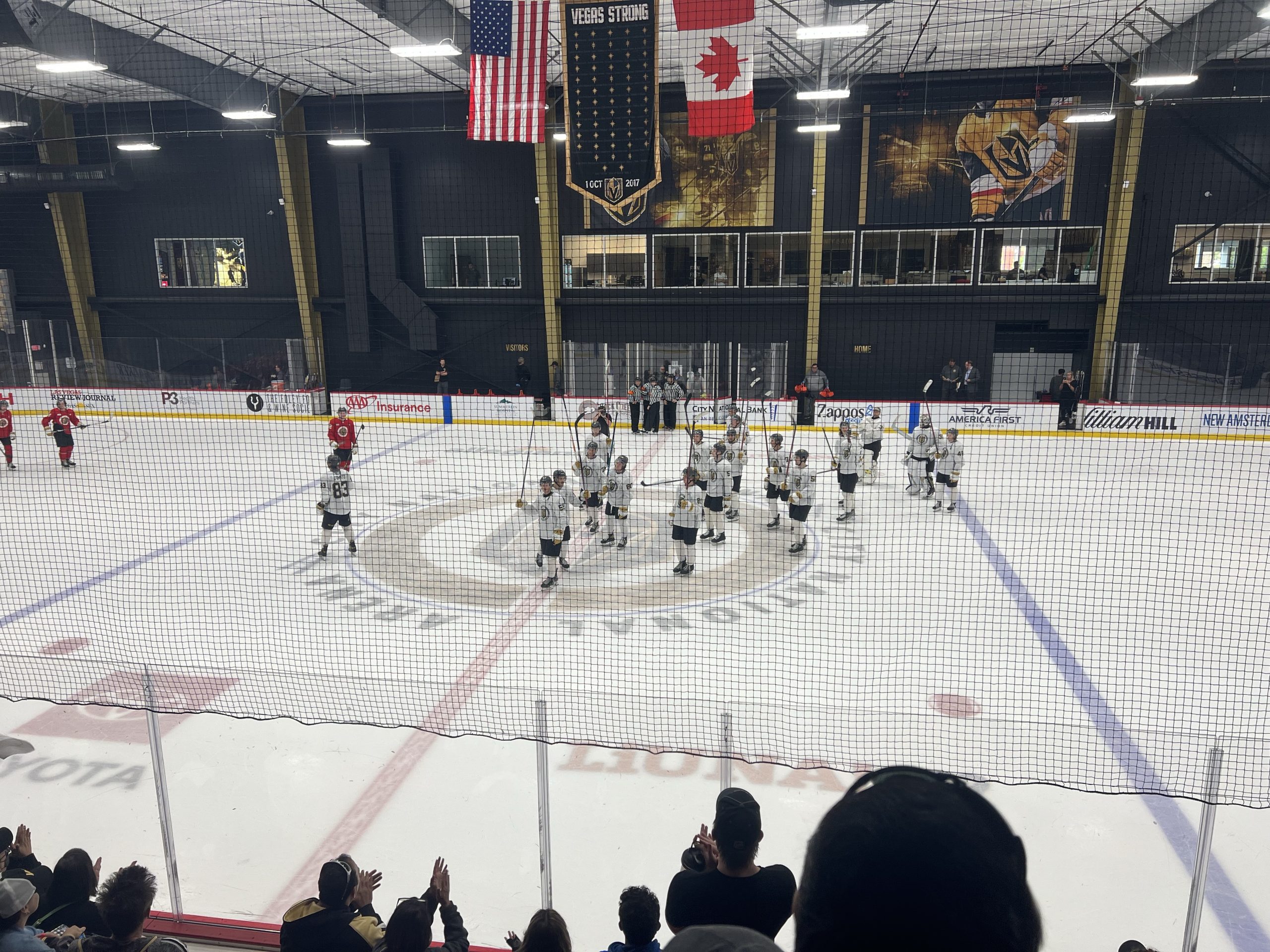 Development Camp is done and dusted and there was a lot to learn from the week of drills and weekend of scrimmages. Here’s a quick observation on every prospect under VGK control.

Very steady in the defensive end and a physical nightmare to forecheck against. Scored a nice slap shot in a 4-on-3 situation too. Plus, his translating skills were terrific.

It’s clear he’s physically ready for the NHL level. There remains a fine line between being calm and under control in the defensive end as opposed to lacking urgency. In Camp, any pressure he invited was fended off easily, time will tell if that will continue against the best players in the world. Either way, there should be zero doubt that his future includes NHL experience.

It felt like most of the week he was trying to do too much. Whether it was trying to dangle guys in the D-zone, making moves at the blue lines, or attempting passes through closed lanes. His backchecking remains excellent though. I came into the week thinking he was going to push for a spot on the NHL roster at camp, I leave knowing he’s a longshot to start anywhere but the AHL.

The star of the weekend, Brabanec (pronounced Bra-ban-etz) was constantly near the goal creating or finishing chances. His forechecking was too much for many to handle and his hockey-IQ jumped off the page in all three zones. Reminds me a lot of Jonas Rondbjerg from 2018 Dev Camp.

Skated just one day before being held out for precautionary reasons.