Remember when we discussed the Florida Panthers situation in this article, well Las Vegas has scooped up the second of the three people fired in May of this year during the Panthers move to analytics.

Scott Luce, the former Director of Amateur Scouting in Florida has been hired to the same job here.

It really seems like a steal for Las Vegas as they’ve now been able to scoop up two top flight scouts from a team that’s had great success recently identifying young players. One has to wonder if the third person, Mike Dixon, will be next to come on board here.

Luce had been with the Panthers since 2002 and spent time with the Senators and Lightning prior to that. His father Don Luce is also a long time NHL executive spending over 20 years with the Sabres and Flyers.

Yet again, George McPhee adds another highly touted name to his staff, and further proving the point that the loose expansion rules will not only allow Las Vegas to put together a good team, but also a high quality front office. 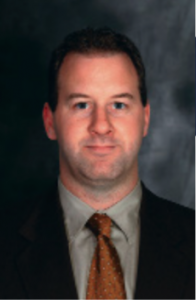