Carp: A Little More Work To Do

The NHL trade deadline is 24 hours away and the first-place Golden Knights have put themselves in position to do something major to upgrade their roster. Whether they do or don’t remains to be seen but if we’ve learned anything from watching George McPhee operate, it’s that he’s not afraid to go big.

Sometimes it works, as it did with Mark Stone. Sometimes, it doesn’t when he was unable to pry Erik Karlsson from the Senators two years ago and wound up overpaying for Tomas Tatar at the last minute.

So far, the Knights have made three deals this season. They acquired Chandler Stephenson from Washington in early December for a fifth-round pick in 2021. Wednesday, they sent two second-rounders to Los Angeles to get defenseman Alec Martinez from the Kings. Friday, they moved Cody Eakin and his $3.85 million salary to Winnipeg for a conditional fourth-round selection in 2021.

Stephenson has been terrific. Martinez had a storybook start in his VGK debut Thursday with a goal and an assist in the win over Tampa Bay and with Eakin gone, it opens the door for another move while at the same time it is giving one of the younger players in the organization a chance to show what he can do. Saturday, that was Gage Quinney (more on him shortly).

Moving Eakin was a no-brainer. He was having a tough season and those who played with him also appeared to struggle if you want to believe the analytics. He was a pending UFA and it was unlikely the Knights were going to re-sign him. So to get something back, potentially a third-rounder, for him, was pretty good on Vegas’ part.

But the big thing was getting that $3.85 million off the books. For a team that was cash-strapped in terms of cap maneuverability, the Knights suddenly found themselves relatively flush. Now if they want to pull off something big, they may be able to do so though they may still have to be a bit creative if they want to land a really big fish, one that makes them a true Stanley Cup contender.

So what should they do?

The Erik Gustafsson rumors have heated up the last 24 hours after Gustafsson was held out of Chicago’s game with Nashville Friday. He makes $1.2 million and is a pending UFA so he would essentially be a rental. And while the Knights’ philosophy is to not engage in rentals, they might be willing to make an exception in Gustafsson’s case. He would likely come cheap and if Vegas wants to retain him long-term, he’s only 27 years old. He could essentially replace Deryk Engelland dollar-for-dollar if the 37-year-old Engelland, also a UFA, is not brought back. He’s a left-handed shot and as Ken pointed out Saturday, the Knights have a glut of those on the blue line.

Another option could be Toronto’s Tyson Barrie, another pending UFA whose price tag is considerably higher — $5.5 million (though half is retained by Colorado in a prior trade) — than Gustafsson’s. Barrie is a right-handed shot and he has proven track record of offensive capabilities. His final two years with Colorado, he had 14 goals each season and 57 and 59 points respectively. He might fit Peter DeBoer’s system nicely.

The question with Barrie is the ask-back from Maple Leafs GM Kyle Dubas. Could the price be too high?

END_OF_DOCUMENT_TOKEN_TO_BE_REPLACED 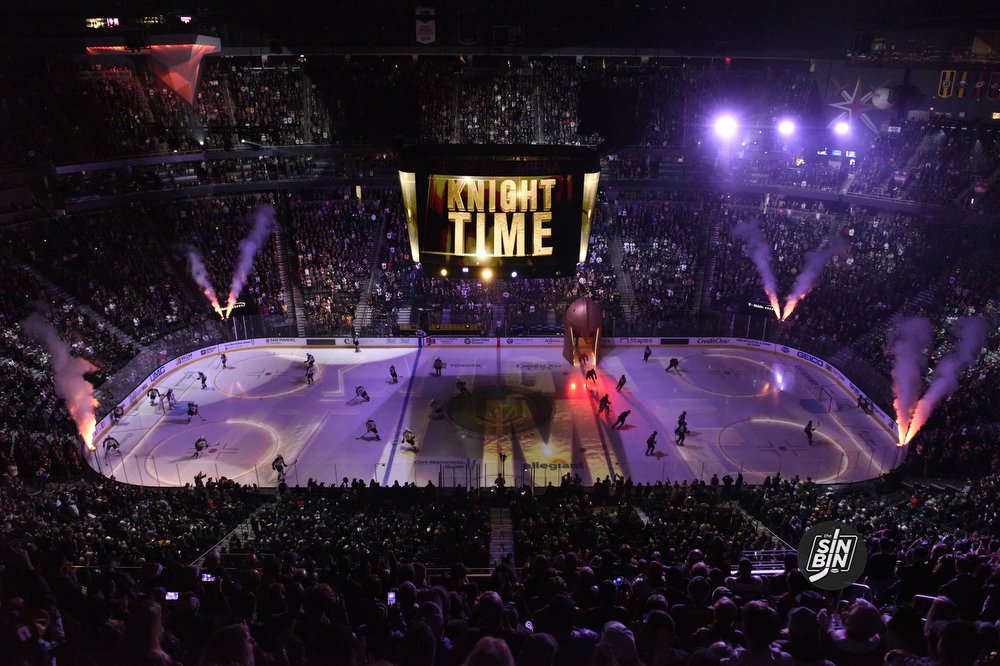