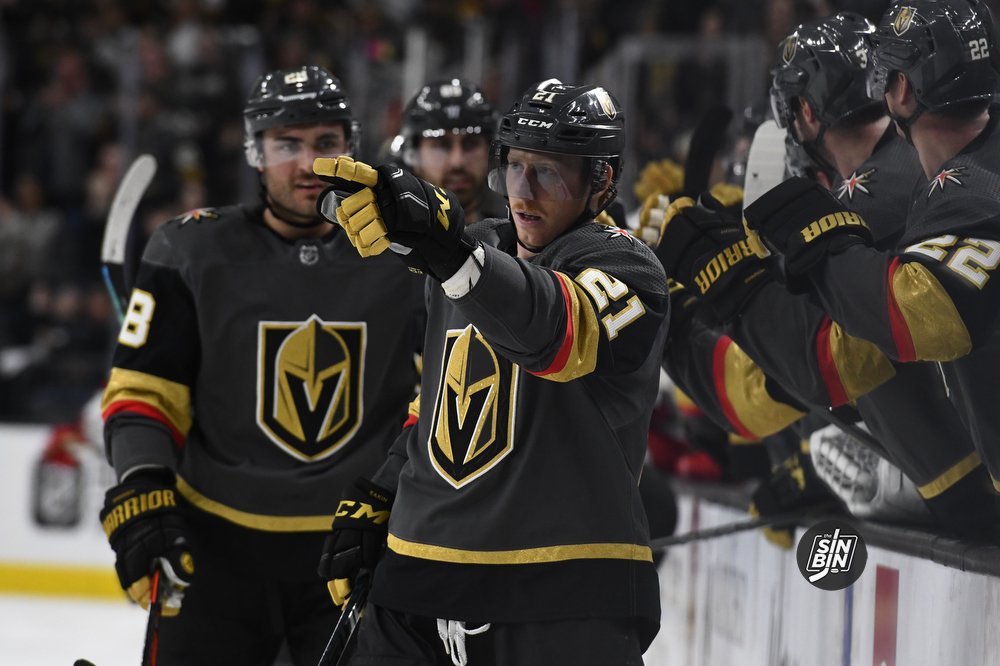 END_OF_DOCUMENT_TOKEN_TO_BE_REPLACED

As GM of the Capitals, George McPhee selected prospects in 17 Entry Drafts. Alex Ovechkin, Nicklas Backstrom and yes, even Filip Forsberg, were McPhee’s top picks. The GM has a strong draft history which must continue if he’s going to find success in Vegas. With Washington, McPhee was able to collect extra picks and ended up with a total of 20 first round picks over 17 seasons. A strategy almost certainly be used with the Golden Knights.  The question is, will he go the same route positionally as he did in Washington.

Based off past draft results, McPhee, like most NHL general managers, prefer to select centers (8 of 20 1st round picks) early in the draft. According to most analysts, the first round of this year’s entry draft could feature many young centers.

END_OF_DOCUMENT_TOKEN_TO_BE_REPLACED

What we do have to worry about is what has changed between yesterday and 12:04 this afternoon when the Golden Knights sent out the press release confirming the final payment has cleared and have become a “fully operational member of the National Hockey League.”

With the announcement the league put out a list of rules and regulations about exactly what George McPhee and the Golden Knights are able to do now that they are fully operational. Unfortunately their rules are written in some sort of jibberish laywery talk which is nearly impossible for English speaking humans to understand. (Yes, I did just say lawyers aren’t humans.) Luckily, SinBin.vegas is here to translate. Here we go!

**There’s an acronym glossary at the bottom**

END_OF_DOCUMENT_TOKEN_TO_BE_REPLACED

2017 Draft Being Compared To Draft That Killed The Thrashers; Beware McPhee

The 1999 NHL Entry Draft… regarded as the worst in NHL history. Here’s the scary part, draft analysts have been pulling out the ’99 term to describe this year’s rookie draft. Even hockey’s most positive analyst isn’t exactly pumped about the prospects available to the Golden Knights in their first ever Entry Draft.

This year’s draft appears to have considerably less sizzle and marquee value than each of the last two that featured the Connor McDavid versus Jack Eichel rivalry in 2015 and the Auston Matthews sweepstakes in 2016. –Bob McKenzie, TSN

Okay, fine. Its not like years past, but how bad could it possibly be?

The last time we had a draft like this, in terms of level of athletic competition was ’99… worst draft in the the history of the league -Pierre McQuire, TSN 690

Oh God, he did it, he said ’99, it’s got to be that bad. Only 16 first round draft picks in ’99 played a total of 82 games. In 1998, 23 out 27, and in 2000, 21 of 30 first-rounders skated for a minimum of 82 games. Sure, we’ve been touting ‘Number one Nolan‘ and ‘Nico the Knight‘ but after ’99, anything is possible. Scouts could easily be wrong on Patrick and Hischier. Analysts are expecting so little, Vegas should feel lucky to be in the mix for two potential goal scorers. If June’s amateur draft is anything like 18 years ago, Vegas should start focusing on 2018’s draft. You think the hockey world is being too dramatic? Here, remind yourself of the negative impact the ’99 draft had.