I was watching the NHL All-Star Game last Saturday and looking forward to a fun evening of hockey.

Then Lauren Jauregui ruined it.

Jauregui decided she would sing her own rendition of The Star-Spangled Banner at SAP Center in front of a worldwide audience. She must have thought she was on “American Idol” or “The Voice.”

As she screeched her way through the song (and bravo to the VGK fans who attempted to drown her out by yelling “KNIGHT”), I could only think of one thing:

“Where the hell was Carnell Johnson when America needed him?”

Understand that I usually don’t rant about national anthems, or pregame routines in general. Whether they are singers who perform or athletes who choose to stand respectfully (see Nate Schmidt) or prefer to kneel (Colin Kaepernick) I respect everyone’s right to sing it and listen to it however they choose.

I know it’s not an easy song to sing and I have been in every NHL arena and have heard it butchered more than once.

So this isn’t about Lauren Jauergui. If she wants to sing it her way, fine. I also don’t have to like it. 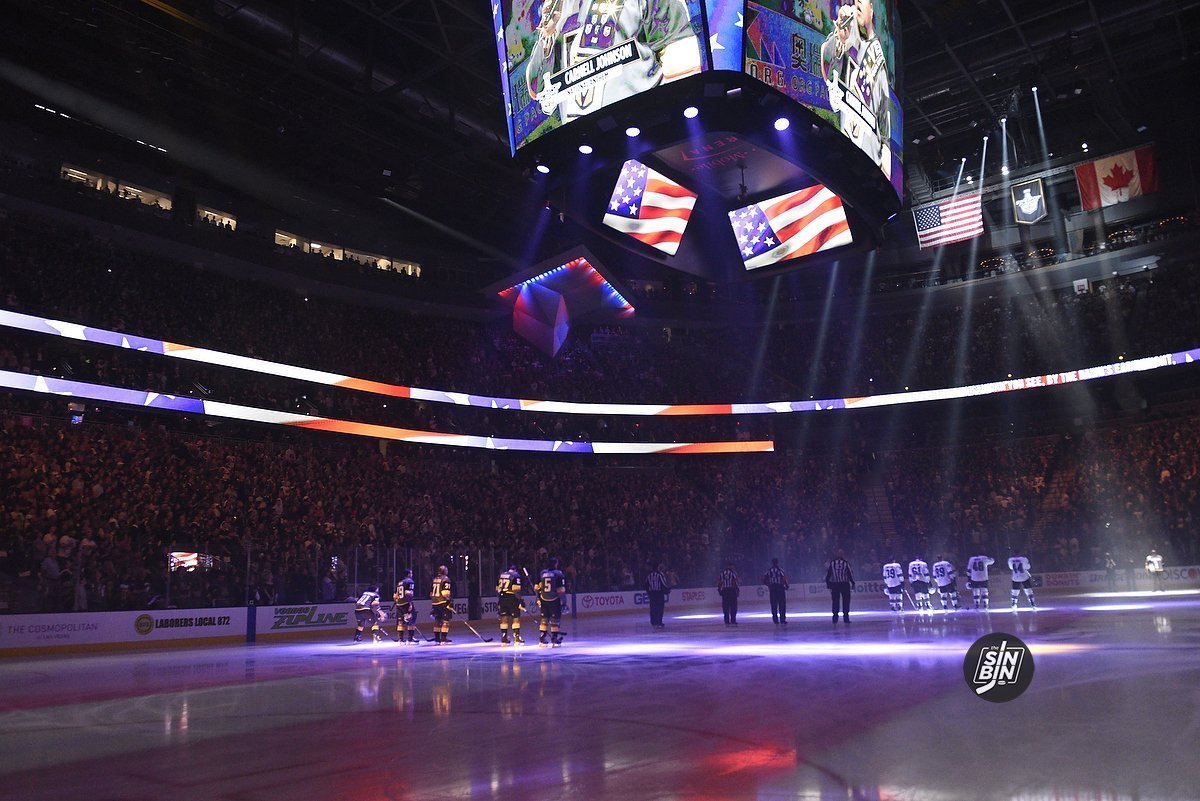 This is about Carnell Johnson, a man who sings it the right way every time. No schmaltz. No interpretation. He sings it the way it’s supposed to be sung — with respect for flag and for country.

Johnson is a 37-year-old Las Vegan who is a trained bass-baritone singer. He works as a gondolier at The Venetian and when (Pippo, his gondolier name) is on the job, he is the most requested person.

The man they call “Golden Pipes” is as good as any anthem singer you’ll find in any sport, anywhere.

Yes, Jim Cornelison is considered the gold standard in the NHL. Johnson himself says the man at the United Center whose voice cannot be drowned out by the Chicago Blackhawks’ fans and who points to the stars and stripes when he sings “that our flag was still there …” is legendary. Whenever NBC does a Blackhawks game in Chicago, it will show Cornelison on the telecast. Maybe it’s in Doc Emrick’s contract.

And there are plenty of other wonderful performers across the NHL. I still think Roger Doucet, who sang “O Canada” at the Montreal Forum during the 1970s and sang it bilingually, is the greatest anthem singer ever.