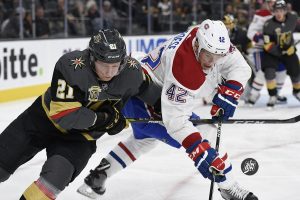 f=”https://sinbin.vegas/wp-content/uploads/2018/07/MTLvVGK0444.jpg”> Cody Eakin’s name has been rumored to be included in a potential deal to Ottawa. That would really open up for the cap for McPhee and Co. (Photo Credit: SinBin.vegas Photographer Brandon Andreasen)[/capt

END_OF_DOCUMENT_TOKEN_TO_BE_REPLACED 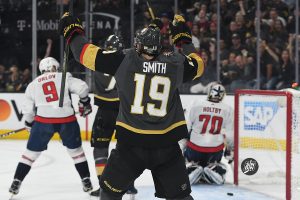 END_OF_DOCUMENT_TOKEN_TO_BE_REPLACED

Trades involving generational players in their primes are rare in the NHL. Over the course of the last 30 years, it’s happened about five times. Yet, with the Draft getting underway tomorrow and free agency on July 1st, Erik Karlsson’s name could be added to that list any moment. 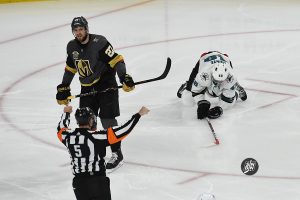 It seems like Theodore might be on his way to Ottawa if McPhee can complete a deal for Karlsson. (Photo Credit: SinBin.vegas Photographer Brandon Andreasen)

When it comes to a unique talent like Karlsson, every GM in the league will show interest. However, most know they either don’t have the assets or the cap space to acquire the 28-year-old superstar defenseman. Ottawa shipped out Mike Hoffman which solved one problem but they took on salary in the deal, further indicating another deal may be on the horizon. At this point, unless Karlsson is demanding a trade they don’t have to move him. Unfortunately for the Senators, he probably is. Ottawa’s front office may continue to force Bobby Ryan’s hefty contract ($7.25M/4 yrs), forcing some teams to stay away. In the Senators eyes, if the deal isn’t right that’s not their problem.

Erik is a franchise player. We felt that there was no franchise deal out there that could satisfy us to make the best hockey deal. -Pierre Dorion at trade deadline

This may be an unpopular look at the Karlsson to Vegas trade rumors because I know how apprehensive Golden Knights fans are about saying goodbye to their favorite players. Hey, I hear ya. After all, I am the founding member of the Shea Theodore fan club, but it is a business, and if the Golden Knights make a move for Karlsson, their probably on to something.

History tells us teams that make the trade for a star player will usually see major dividends, while the players shipped out tend to have mediocre careers.

I won’t waste your time going over Gretzky’s statistics or influence after he was traded to LA. The Oilers were really only in it for the cash. They knew they would lose the trade no matter what, so the closest thing of value was millions of dollars. That being said, they did get two players in the deal.

END_OF_DOCUMENT_TOKEN_TO_BE_REPLACED

Erik Karlsson needs out of Ottawa, this is clear.

No matter what comes out of this really sad situation, the damage is done. Karlsson can’t trust the Senators front office after covering up harassment allegations.

It’s time for the Swede, his wife, and the Senators to move on. Possibly, starting with one of the teams that wanted the Superstar defenseman at the deadline.

Various reasons were reported why the Karlsson flip didn’t happen. In Ottawa, the belief was the Golden Knights wouldn’t take on Sens forward Bobby Ryan’s contract. The once 35 goal scorer has four years left at a whopping $7.25M per season. Ryan scored 30+ in four straight seasons, he’s greatly underachieved since combining for 64 goals in the past four seasons. I understand George McPhee’s hesitations. -Elliotte Friedman

On Karlsson, my sense is the Vegas trade fell apart because of how the purchase price would be adjusted by Bobby Ryan’s inclusion. I’m not 100 per cent sure if it was Ottawa’s ask or Vegas’s offer, but one of the rumblings is that the teams were talking two first-rounders, a high-level prospect and a conditional pick for Karlsson — the condition being whether or not the Golden Knights re-signed him. Whatever the case, it didn’t happen and I can’t imagine Vegas would have been willing to do all that if they were taking Ryan’s contract, too. -Friedman

END_OF_DOCUMENT_TOKEN_TO_BE_REPLACED 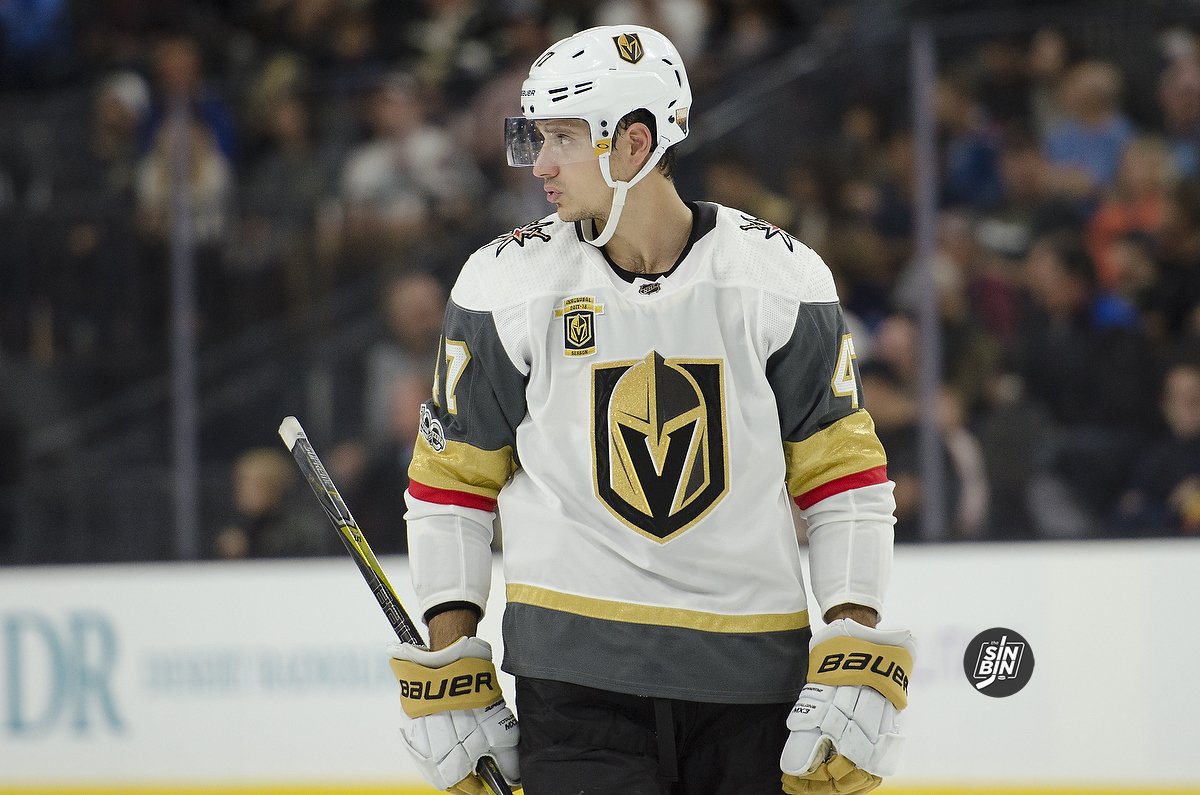