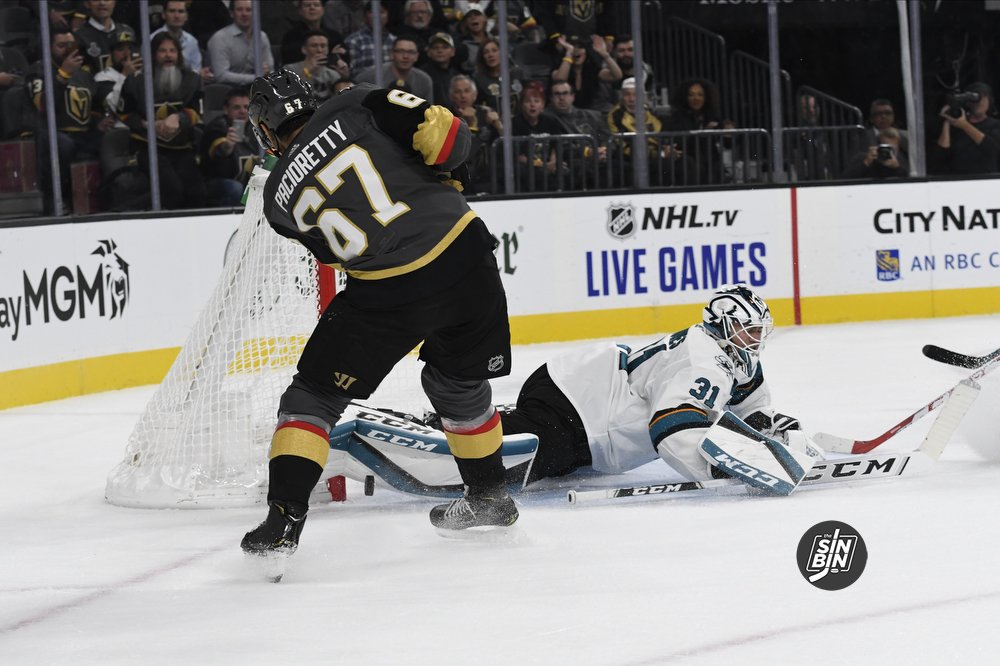 Ben Bishop, the stud goalie who started the season in Tampa Bay, was traded to Los Angeles in February, then had his negotiating rights traded to Dallas and eventually signed a long term deal with Stars, said in an interview that Vegas is thinking of going “younger and in a different direction.”

I think there was some talk of it from what I understood I didn’t think it was an option. I’m obviously not sure what they are going to do. From what I head they were kind of thinking maybe younger and in a different direction. -Ben Bishop in interview with Hockey Central at Noon

Alright, there’s a lot of questions on this one, and at the moment, I don’t have any of the answers, but let’s try to flush this out as best we can here.

Follow the timeline, Bishop entered this season on an expiring contract (set to become a UFA). Then, he goes to LA to close out the year. After the season ends, his right are traded to Dallas, because only the team holding his rights can negotiate with him, where he signed, nearly two months before July 1st, when he would have actually hit the open market.

George McPhee never had a chance to talk to him. He couldn’t even say his name without it being tampering, still can’t. Yet Bishop just spilled an interesting note about what the Golden Knights are thinking of doing for the future.

Who told him this? And could he possibly be right?

END_OF_DOCUMENT_TOKEN_TO_BE_REPLACED

Impact Of Ben Bishop’s Injury On Expansion And Las Vegas

Tampa Bay Lightning goalie Ben Bishop had been on an absolute tear and was a huge reason why the Bolts find themselves in the Eastern Conference Finals. That all changed in a moment when Bishop had to be stretchered off the ice with an apparent left leg injury. 21-year-old Andrei Vasilevskiy will now be forced to step in.

With the proposed Expansion Draft rules allowing for teams to only protect one goalie, any news involving solid goalies is significant to Las Vegas.

Bishop has one year left on his contract which will leave him as an unrestricted free agent heading into the 2017-18 season, the expected inaugural season in Vegas.

With Vasilevskiy on the roster and the Expansion Draft looming it’s possible the Bolts could simply let Bishop walk. But based on Bishop’s play throughout the season and in the playoffs it is likely the Lightning would prefer to re-sign him at the end of this year in order to keep him from hitting the free market the following season.

Now with Bishop sidelined, Tampa Bay, and maybe more importantly, the rest of the NHL will have an opportunity to take a look at Vasilevskiy in the most pressure packed games hockey has to offer.

END_OF_DOCUMENT_TOKEN_TO_BE_REPLACED

Tending Our Future, Who Might Be Between The Pipes In Vegas

We can all agree that if you don’t have goaltending than you don’t have a team. In fact, teams nowadays you really want two reliable goaltenders, for days off throughout the long season. As a young Las Vegas franchise builds its future the last thing it needs to worry about is bad goaltending.

The question is who’s available? What goaltenders will be unprotected and better yet what stud goaltender wants to sign with a young, building team? When I was Digging through the unrestricted free agency list of 2016-2017, I saw a few good goaltenders that are up for contracts. Which ones would be a good fit in Las Vegas?

Let’s start with the top, the Bolts’ Ben Bishop. Tampa’s run to the Cup finals last year started with Bishops hot play in conference play. Standing at 6’7 ft and only 28 years old, the UMaine standout is a rock. I should just stop now… Bishop won’t be available. I’m sure Tampa will try and lock him down this summer. If they don’t they’re nuts. Moving on.

Next is Flyers goalie Steve Mason. Not a huge name, but a good player. The 2009 rookie of the year winner has done his end of the job in Philadelphia. Sure Mason’s given up some clunkers but I’ve watched two time cup winner Jonathan Quick play poorly too. It happens.

Mason is young, steady and available. Will the Flyers try to extend him over the next year? Possibly, but they could easily move on to someone younger and cheaper. If he’s on the market Mason would be a great transaction for Las Vegas. However, he won’t come cheap, which Foley and company need to keep in mind when building a franchise.

Now comes my dream player to be a free agent but he’ll probably be scooped up by a contending team come trade deadline time in 2016-2017. Ryan Miller is as steady as it comes. I bring up the 16-17 trade deadline because his contract with Vancouver will be up, and the Canucks could be on the outside looking in on postseason play. If Miller impresses a playoff team they may want to re-sign him. Sure he’ll be older, but he would be a great anchor to a young team. Check out what Mike Smith is doing in Arizona. Also I don’t think Miller will cost a ton, but he may be more interested in chasing a cup. That might hurt Las Vegas’ chances.

Now there are more realistic guys like Brian Elliott, Michal Neuvirth, and Thomas Greiss, but they’re backups. If the Leafs pass on extending Jonathan Bernier than he’s a good option. Either way goaltending is important, just ask the 2011 Philadelphia Flyers.