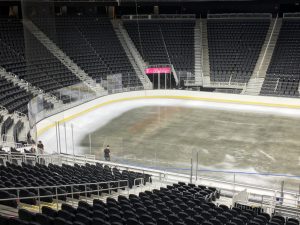 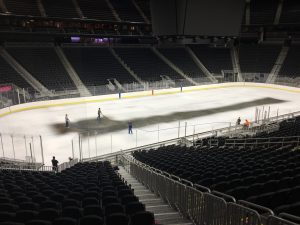 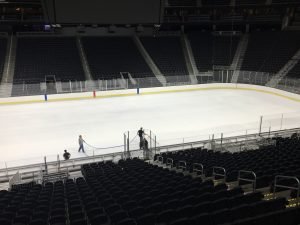 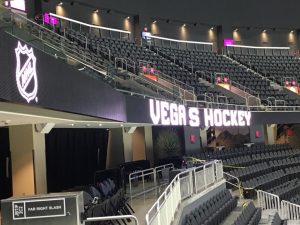 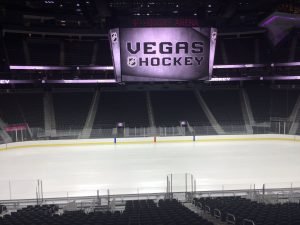 Do you expect this to be a fast track?

We’re going to be right up there with em, we’re gonna try our best. You can put that online. I’m going right up against em. Absolutely.

Incredible view of the video boards.

George Salami talking about the feeling of finally having hockey in Las Vegas.

Measuring out the red line. 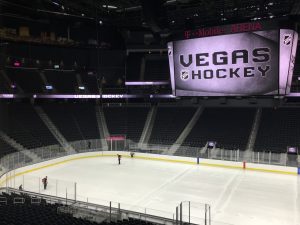 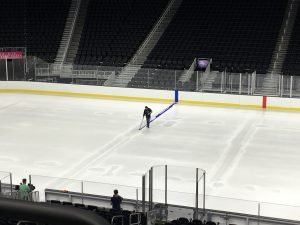 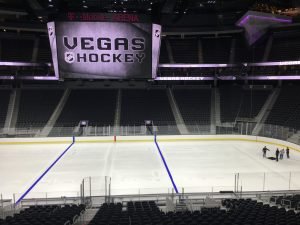 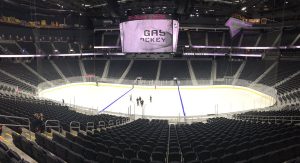 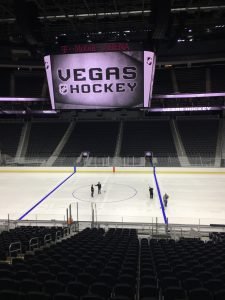 Logos beginning to be painted on. NHL logo in the middle next. 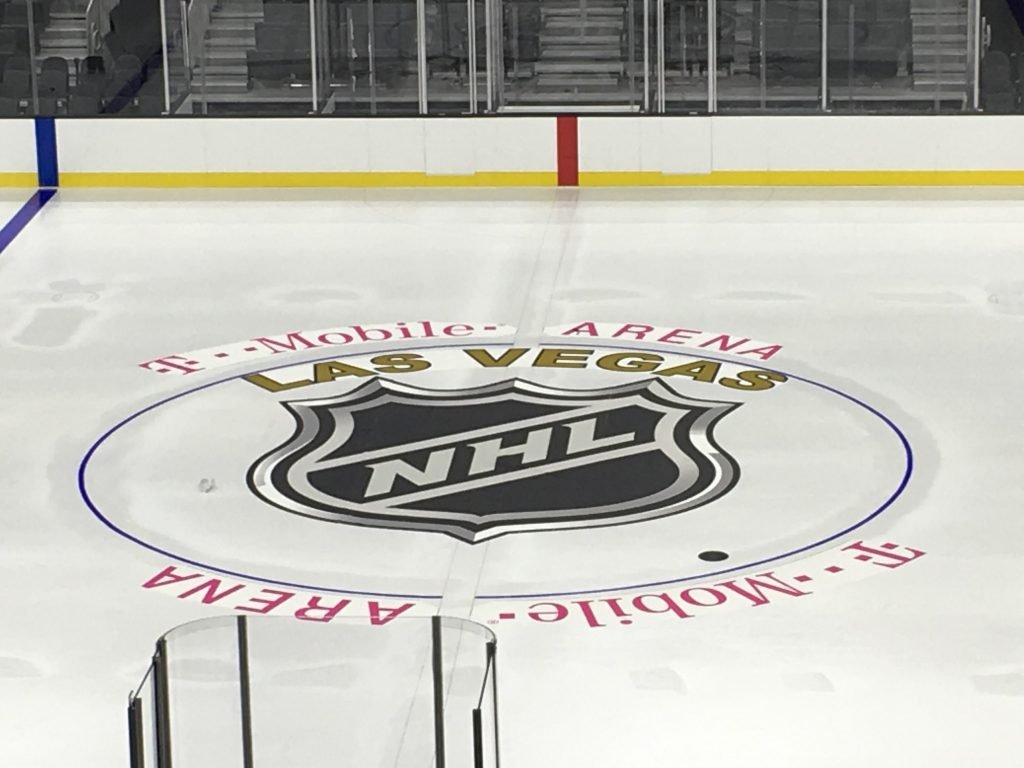 Laying of the logo! 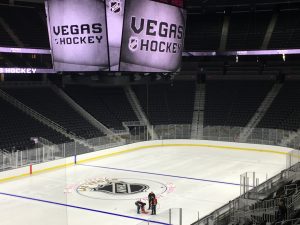 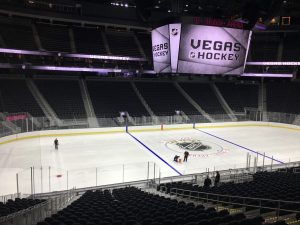 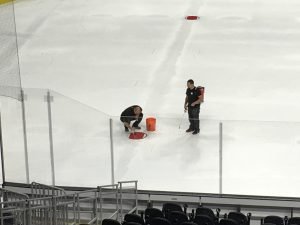 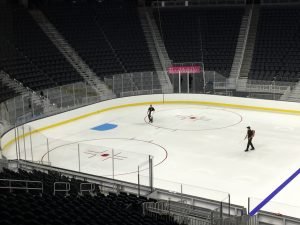 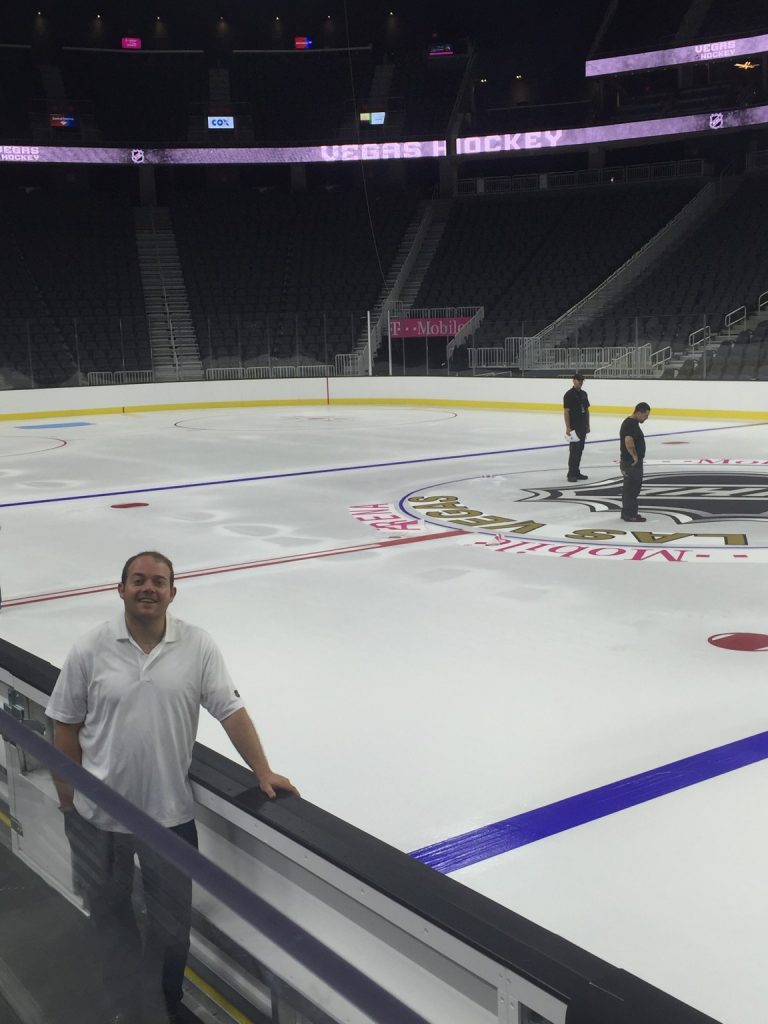 VP of Ticketing and Suites Todd Pollock on the bench. 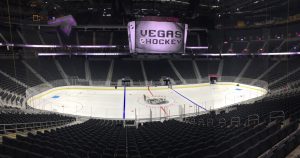 Smoothing out the logos.

Testing out the sound system.

The final product. Come and see it for yourself Monday and Tuesday.

When the concrete slab is at our desired temperature of 16-17 degrees, using a hose and spray wand we lay 3 to 4 layers of clearwater across the entire rink which is called black ice. 1- 2 hours

When that is achieved we mix white paint and using the same process we lay 3 layers of white across the entire rink , until a perfect solid white surface is achieved. 2 hours

We then go back to using the same process as we did in step one using just clearwater again sealing in that white paint, so it is protected from bleeding and keeping it a solid white color . 1-2 hours

Once this is achieved we start the line markings and logo set up. 1-2 hours

Next we start the painting of the lines the circles the creases and laying the center logo down. 2-3 hours

Once all of the painting and logos are set on the ice we bring out the hose and the wand again and start spraying, one layer of water at a time across the entire rink sealing in the painted lines circles creases logos etc. TBD hours 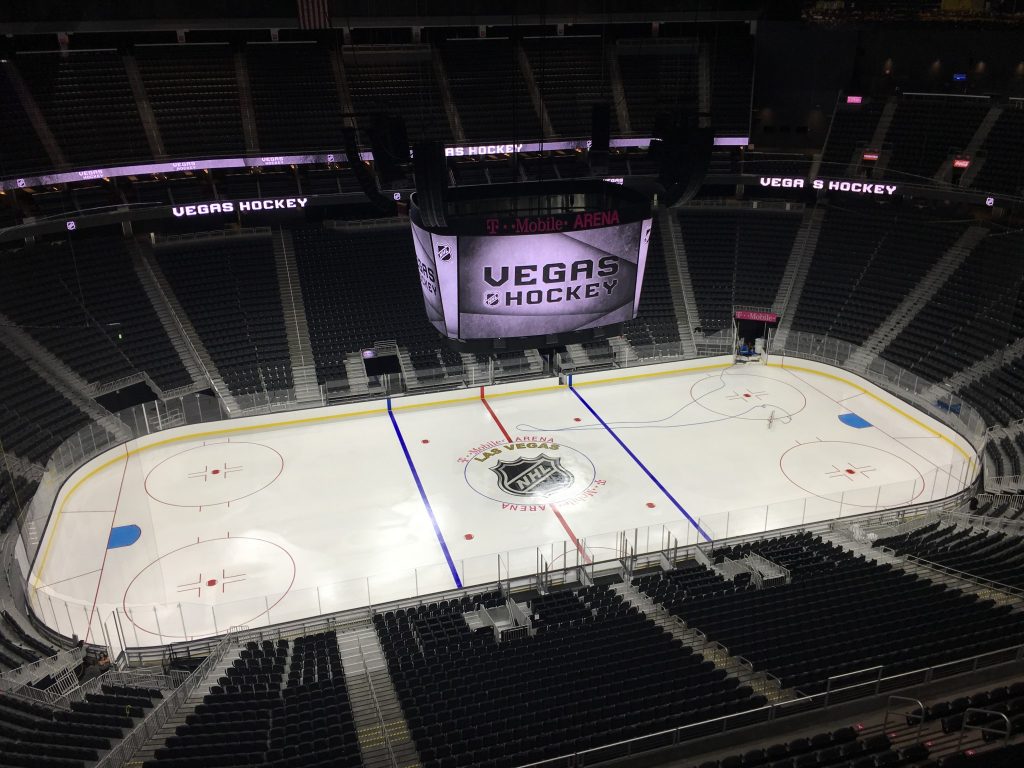 Here’s the time lapse of the entire process. Thank you so much to Lisa Campos and everyone at MGM, AEG, and T-Mobile Arena for letting us post this.