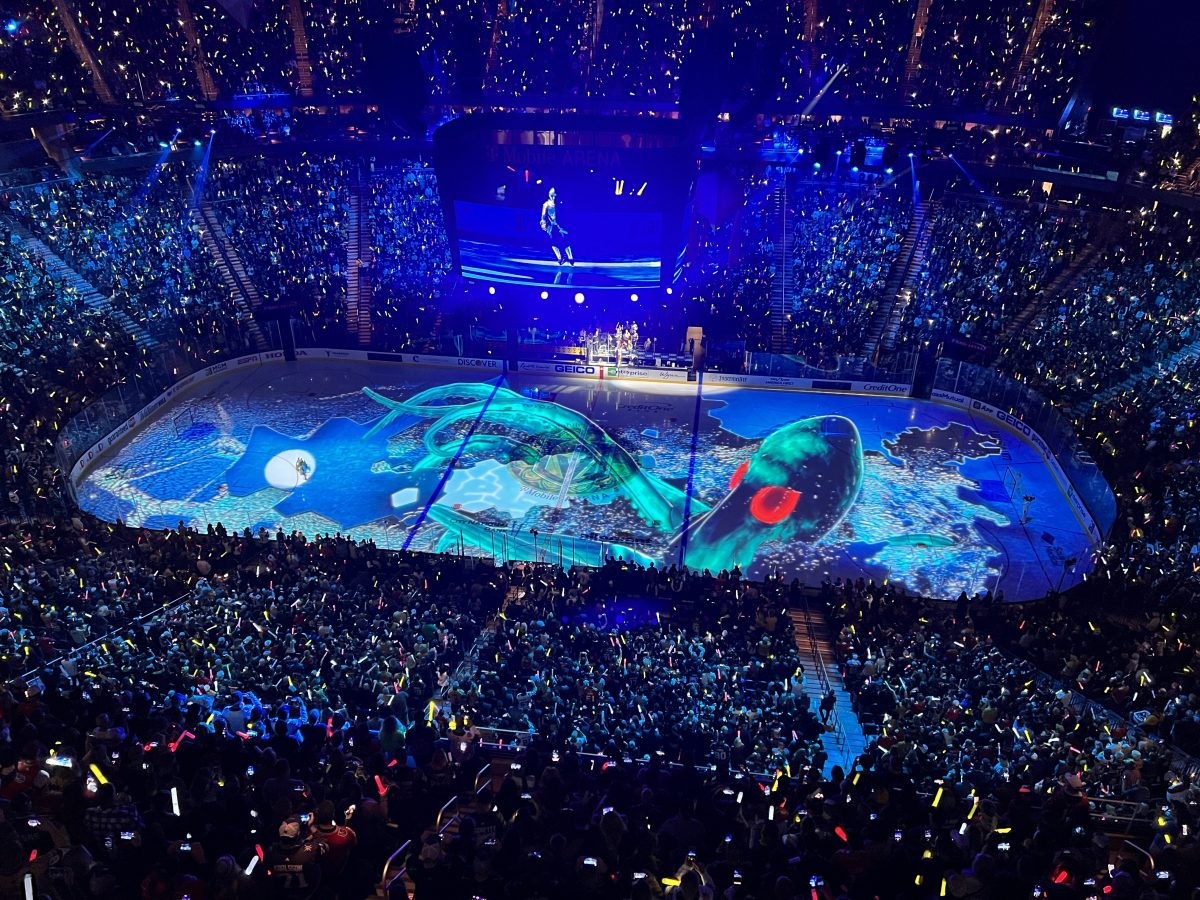 If you watched last night’s season opener between the Golden Knights and Seattle Kraken you probably noticed a bit more of a wide-open game than we’ve grown accustomed to seeing in Vegas since Pete DeBoer took over.

At first blush, most of the credit for that would seem to belong to the expansion team, coming in with a highly aggressive style in all three zones, one that both caused them to fall into a 3-0 hole but also climb out of it. But, a tweak to the Golden Knights system may have played as big a role in the look and feel of that game as well.

If there’s one thing the Golden Knights know they must do this season, it’s learn how to generate more offense than they have when the going gets tough in the playoffs. It was going to take some soul searching, some creativity, and a willingness to try something new.

This has been a historically great rush team. We all know rush dries up in the playoffs, everybody is more diligent in their checking. So, how do you create more rush? -Pete DeBoer

We’ll get into the X’s and O’s of it as the season progresses, but the simple way to describe the difference is in the Golden Knights’ increased willingness to try and jump passing lanes and/or hound the player receiving the first pass.

We came into camp and we wanted to turn more pucks over in (the neutral zone). We’re really pressing in that area trying to create turnovers for our transition game. -DeBoer

Of the four Vegas goals in the opener, two were created directly off turnovers in the neutral zone leading to rush chances.

The first was a play made along the wall by Zach Whitecloud. As the Seattle defenseman moved the puck out of the D-zone and into the neutral zone, Whitecloud stepped in front of the forward and broke up the play. That allowed Mark Stone to not only collect the loose puck but gave him the space to carry it into the zone cleanly. He took his time, spotted Nic Hague, who read the turnover brilliantly and instantly jumped into the play shooting the puck off Max Pacioretty’s shin and into the goal.

On the other one, the game-winning goal, just moments after Morgan Geekie had tied the game and subsequently pissed off the Golden Knights bench with a stick twirl, sword-sheath, glass high-five, bench stare celebration, it was Stone who made the play in the neutral zone.

Part of the new tweak is to drop a forward back to the defensive blue line essentially daring the opposition to try a stretch pass. When they do, that forward has the green light to jump up the ice and either intercept the pass or challenge the receiver. When it works, you get VGK’s 4th goal. Stone stepped up, stole the puck cleanly, and went directly into the offensive zone leading to the deflected goal off the foot of Chandler Stephenson.

It’s going to take a little bit of time to adjust. I think we turned a lot of pucks over in the neutral zone and (the 4th goal) is a perfect example of it. -Alex Pietrangelo

It’s not always going to work perfectly though, and last night’s game was evidence.

According to stats from SportsLogiq, posted on the Kraken’s official website by Allison Luken, the Golden Knights denied just 28.6% of Seattle zone entries. The Kraken successfully denied more than 47% of VGK entries.

One of the bi-products of an aggressive forecheck, either in the offensive zone or the neutral zone, is leaving yourself exposed at the blue line. The numbers indicate that three out of every four times the Kraken tried to enter the Golden Knights zone, they were successful.

Now, Seattle was relying on the dump and chase quite a bit last night, which may prove to make last night’s number an outlier as the sample size increases, but there’s no doubt there were plenty of times in which a Kraken skater carried the puck across the blue line cleanly.

If we’re playing any of our systems the right way, regardless of what our opponent is doing we should set ourselves up to have success. -DeBoer

It’s certainly something to keep an eye on over the course of the first month of this new season. The Golden Knights have been a strong team at denying entry and going into what I’ve called “Shot Suppression Mode.” That had been a successful strategy for Vegas at holding leads, but they appear aware they must get those leads first in order to hold them.

This new aggressive neutral zone forecheck is designed to create more of the chances the Golden Knights are best at scoring, rush chances. But, it may also lead to more clean entries for the opposition which will likely put more stress on the goaltender to stop rush chances coming at him.

One game is far too small of a sample to get a true feel for how this will materialize over the course of an 82-game season followed by a likely playoff run, but there was a lot to see in that game, and for me, it was much more good than bad.