Subban’s Fresh And Ready For His Workload 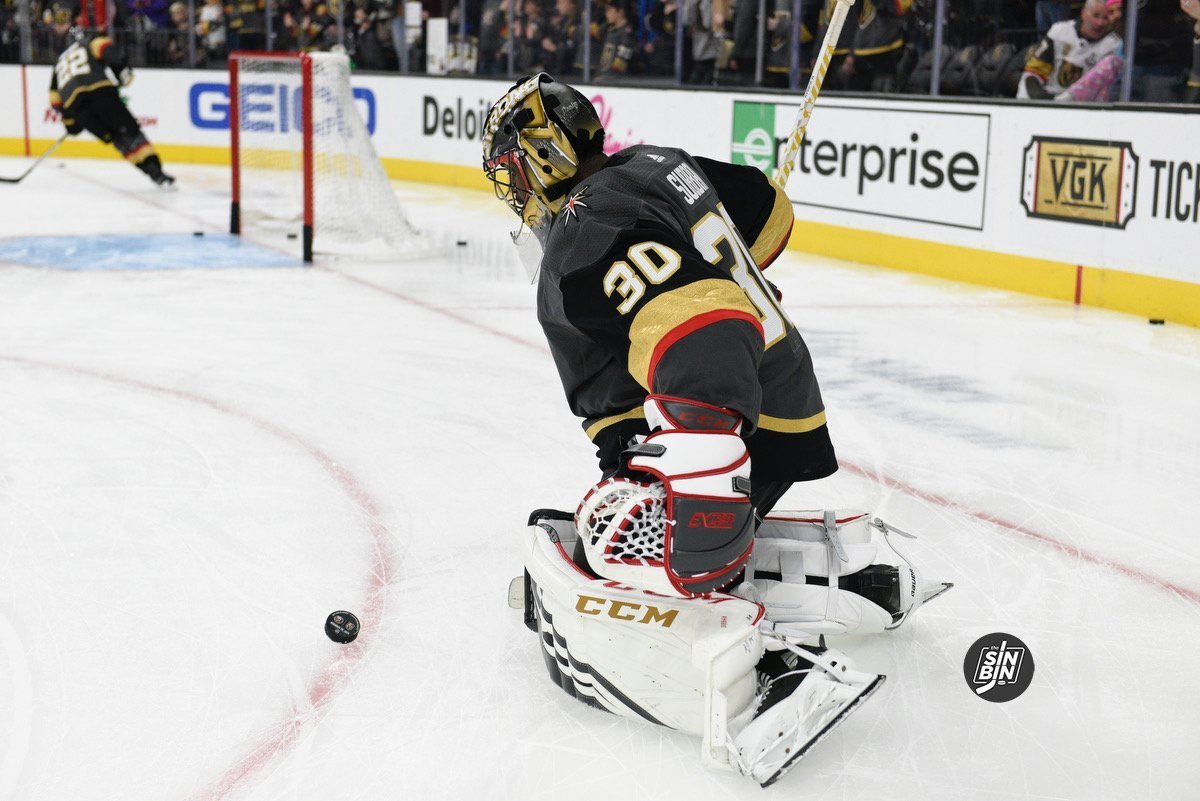 I used to play them in the AHL not too long ago. Saturday, Sunday, you know. It’s something that you try not to think about. The mentality is just to be ready to play and ignore the outcome of the night before. -Subban

The former first round draft pick has recorded solid numbers as a Golden Knight in limited play: 19-11 with a 2.85 Goals Allowed Average. Subban may be the backup to Marc-Andre Fleury, but he practices for an 82 game season like a starting goaltender. He’s in great shape, so 120 minutes played in two days was not much of an isssue for Subban.

Beyond being a younger goaltender he has low mileage in the NHL so naturally his body is fresher than most.

I’m younger so when you practice hard, work out in the gym it pays off in these situations. It keeps you prepared both mentally and physically. It’s fun to be ready for the team. -Subban

We wrote about Subban’s progression as a game goes on. As the minutes tick by and the ice gets tighter, he gets better. What’s the reason for that?

Yeah sometimes it’s just getting into the flow of the game. You prepare the same way but as the game goes on you settle in. But it’s the competitiveness, my competitive nature. If I’m getting scored on I think to myself I got to step up my game. I like to play in those tight games. It’s fun when it’s a close game and you have to make saves. I like the challenge I guess. -Subban

While Fleury is resting, healing, or preparing to be a dad for the third time Subban will be ready to perform. He’s mentally and physically prepared to win important games down the stretch for his club.

One last note. Us idiots in the media just assume we know everything. So I had to ask Malcolm. Do media and fans make a big deal about a goaltender starting in back-to-back games more than goalies do?

Yeah. Yeah I think so. -Subban