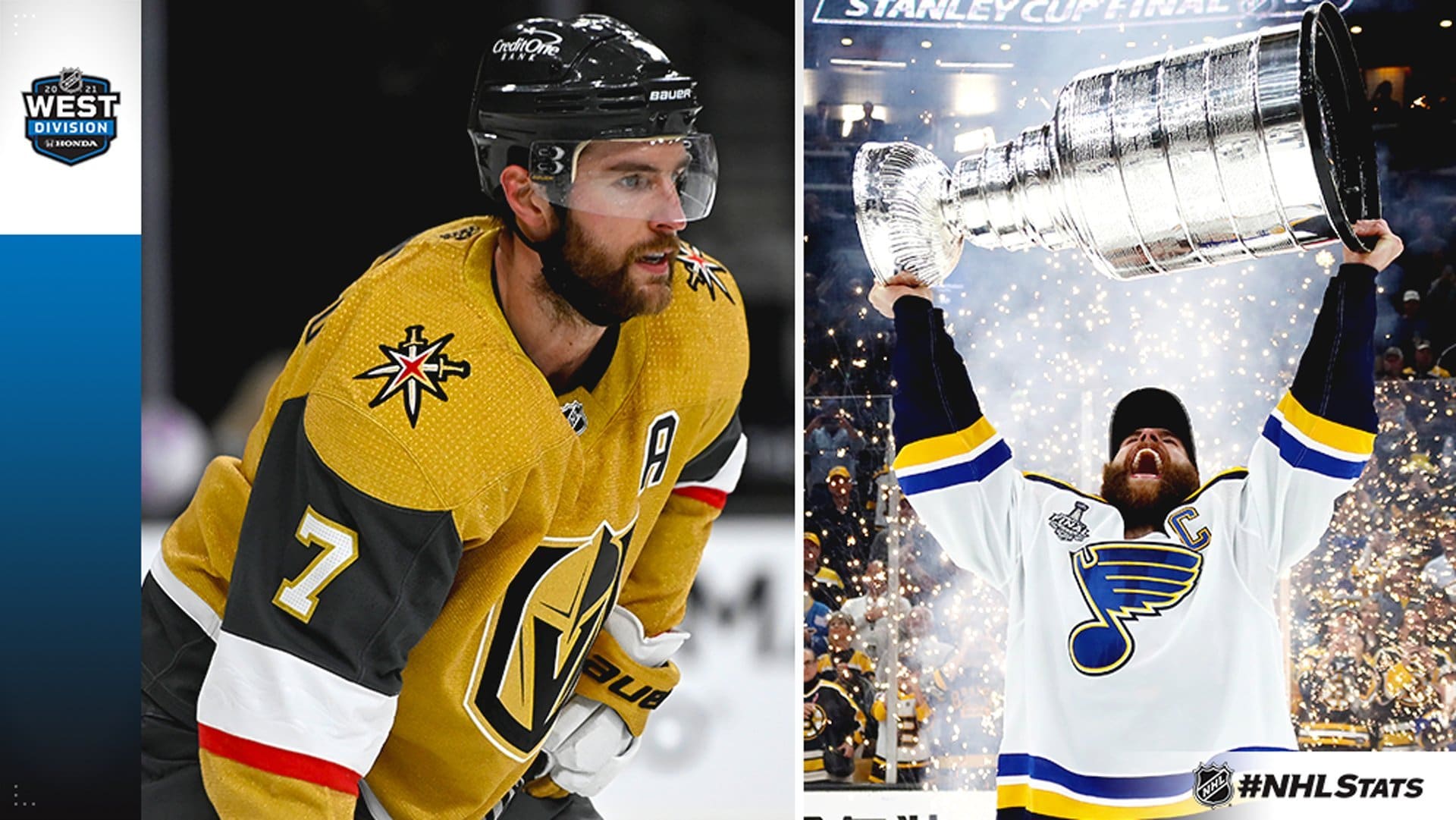 Today, all eyes are on Alex Pietrangelo. The former captain of the Stanley Cup winning St. Louis Blues is set to face his former team for the first time since joining the Vegas Golden Knights.

That’s the story of the night, and one I’m sure you’ll be sick of hearing by the time the game is over… if you aren’t already. So, I’m not here to focus on that angle. Instead, I want to take a look at how Pietrangelo has done to this point with the Golden Knights and what we can expect moving forward.

Through six games, there are a lot of positives. He has a goal and two assists, he’s leading the team in ice time by more than two minutes over any other skater, and he boasts a +1 rating on a team that’s rattled off five wins in six games.

However, it’s also perfectly fair to say he’s been a bit underwhelming, most notably in the defensive zone where he has been on the ice for four of the nine even-strength goals the Golden Knights have allowed.

I think anytime you come to a new team, new language, new teammates there’s an adjustment period. I think he’s adjusted faster than most players. I thought last game was arguably his best so far. -Pete DeBoer

The last game in Arizona was indeed the best Pietrangelo has played over the course of an entire game, but like the season as a whole, it still had many troubling moments.

In the 1st period, Pietrangelo took a 93-second shift after a TV timeout. It was a single shift that illustrates both where he’s struggled and where he’s shined while also showing exactly why the early issues are nothing for Golden Knights fans to worry about.

Let’s go through it in its entirety.

We pick it up at the face-off, where Pietrangelo does what very few defensemen in the NHL can do. Watch.

Then, things go a bit haywire. His pass is off by a smidge leading Stone to gather it along the wall. He throws it towards the center trying to make a pass that’s even impossible for Mark Stone. Pietrangelo recovers the loose puck but can’t quite settle it and loses the zone. It should have been a great play and with a better pass to Stone, it’s almost certainly a high-danger chance, if not a Vegas goal. Instead, he’s just a bit off and the magic that he created off the draw goes to waste.

Now, we’re headed back into the D-zone, where Pietrangelo has admitted things have not exactly felt like they did while he was defending wearing a blue jersey the last 12 years.

On this defensive possession, he doesn’t exactly find his way.

As he heads to the loose puck, you can see the little peek over his shoulder. He’s trying to decide which of the three options to go with. Rotate it back around the net to McNabb, pull it off the wall to Stone, or jam it up the boards to Stephenson. He seems somewhat unsure of himself and tries to go up the wall (the safest of the options). It’s picked off and what was a loose puck he easily got to first, is now a turnover in the D-zone and the Golden Knights are going to have to do some work to get out.

Luckily, the Coyotes make a mistake of their own instantly after Pietrangelo’s. They send the puck below the goal line and it squirts away to Pietrangelo. This one he makes the instinctual play and a perfect one. He has no time to think, so he just does what’s natural, poke it back to his D partner. It’s beautiful and the Golden Knights are on their way to breaking out.

Well, except that McNabb continues the train of errors and makes one himself.

Despite having plenty of time, McNabb throws the puck up the wall to no one in particular and Pacioretty can’t get there in time to keep it from being helped along to the Coyote right point. The puck is worked around the wall harmlessly and eventually gets back to Pietrangelo. He gathers it and makes a wonderful pass to start yet another break; the second he’s created in just the first half of this shift.

Oh, and I didn’t even mention, he jumps right into that rush essentially acting as the center (who needs Chandler Stephenson anyway?!?). He receives a pass from Stone, gives it right back setting up a nice look but the shot is blocked. Pietrangelo drifts down towards the red line and smoothly transitions back towards the play to present himself as an option for Stone. Stone finds him for a sharp angle shot, but that one’s blocked too.

Again, this is the kind of stuff that had George McPhee and Kelly McCrimmon frothing at the mouth at the idea of bringing Pietrangelo to Vegas. It’s the type of play you see out of superstar centers and wingers, not a 6’3″ 210-pound right-handed defenseman. It’s the second legitimate scoring chance that goes by the wayside on this shift, but won’t in the future.

Then, we head back to the D-zone and the adventure continues.

You have to imagine Pietrangelo is at least a bit winded by this point, so the inability to cut off the play behind the goal isn’t exactly an ability flaw as much as it is a bi-product of the long shift. He ends up with the puck on his stick behind the goal with plenty of time and two options. He could swing it back to Martinez and start the reverse breakout, or he can zip it up to Stone near the blue line. He goes with Option 2 and the pass is slightly off target. Stone can’t get there and it causes another 20 seconds of defending the Golden Knights could have easily avoided with an accurate pass.

He’s a world-class player. The most impressive part for me has been how open he is to coaching and learning our new system and some of the things that maybe haven’t been familiar to him over his time in St. Louis. That’s contagious in your group, when you can coach a guy like that and he wants to be coached I think that’s a great role model for the other guys that are in that defensive corps. -DeBoer

For me specifically, it’s to continue to pay attention because you’ve got to kind of break the old habits. You want to play to your strengths but at the same time you want to fit into what the coaches want to be successful. -Pietrangelo

You can see it all in this shift. There are moments of brilliance and moments of weakness.

We’re just six games into the Pietrangelo era in Las Vegas and the reviews are deservedly mixed, but the concern level about the future should not high. He’s going to be fine. In fact, he’s going to be elite.

It just hasn’t happened quite yet.

“Tighter-Checking” Last Game Of Series To Be Expected

VGK COACHES IN ISOLATION; MCCRIMMON TO COACH TEAM VS STL